NASA Just Announced They Can't Afford to Get Humans to Mars

Fortunately for our Red Planet dreams, it isn't just up to NASA. 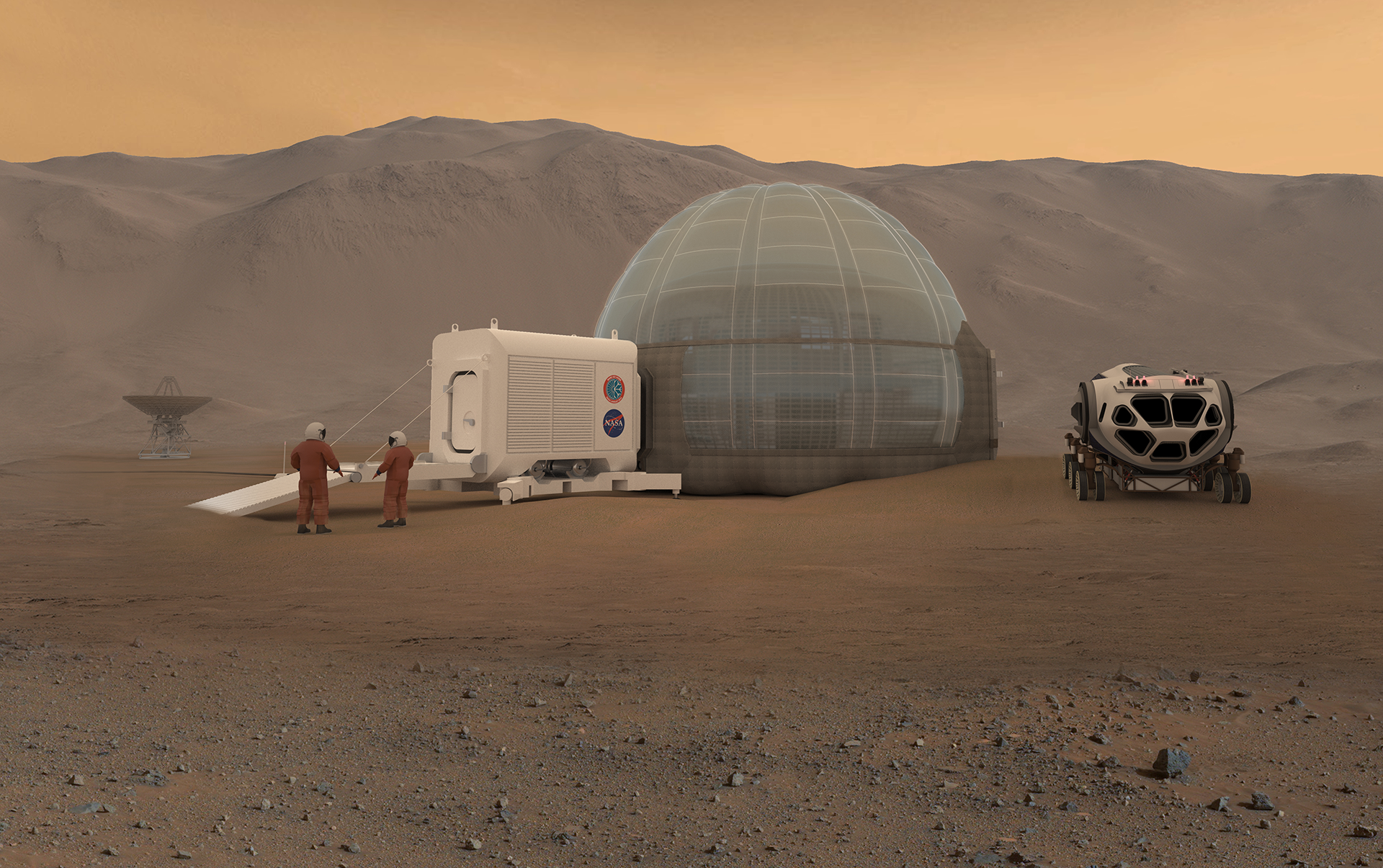 NASA has been talking about getting humans to Mars for years, and continues to provide updated plans for getting there. Unfortunately, though, NASA's chief of human spaceflight, William H. Gerstenmaier, just announced that the agency can't achieve the Mars goal on its current budget.

“I can't put a date on humans on Mars, and the reason really is the other piece is, at the budget levels we described, this roughly 2 percent increase, we don’t have the surface systems available for Mars,” Gerstenmaier said during a propulsion meeting of the American Institute for Aeronautics and Astronautics on Wednesday. “And that entry, descent, and landing is a huge challenge for us for Mars.”

Essentially, the SLS rocket and Orion craft have cost the agency a lot. As a result, NASA hasn't even been able to begin designing vehicles to land on Mars or ascend from the surface.

NASA's next moves will depend on funding. Gerstenmaier indicated the agency might be interested in a Moon exploration mission – one that is more extensive than the current plan to build the Deep Space Gateway in the Moon's orbit. Beyond just being a launching pad for further space exploration, the gateway could “support an extensive moon surface program,” says Gerstenmaier.

Fortunately for our Red Planet dreams, it isn't just up to NASA. Getting humans to Mars is a team effort. Agencies like NASA are really at the mercy of political moods and budgetary restraints, so they need to do as much as they can with what resources are there. One way they can maximize impact is to partner with private companies.

This month Elon Musk announced we might be getting an update about the SpaceX Mars mission in September at the International Astronautical Congress (IAC) in Australia. For now, though, SpaceX has set a deadline of 2018 for an unmanned Mars mission and 2025 for a manned mission. Both Boeing and Blue Origin are also planning to put humans on Mars. It may turn out that the “we” in Vice President Pence's remarks about putting American boots on Mars is the larger American “we,” and not the government or NASA.

Read This Next
Shoo
Scientists Warn Giant Asteroid Is Actually Swarm, Nearly Impossible to Destroy
A Sip of Opal
NASA Discovers Precious Gemstones on Mars
Moon Wrestling
The Head of NASA Is Scared Chinese Astronauts Will Seize Portions of the Moon
Shot Well
Head of NASA Relieved to Hear Elon Musk Isn't REALLY Running SpaceX
Pale Blue Shat
William Shatner Explains Why His Trip to Space Was Horrible
More on Off World
Grrrrrrrr
4:06 PM on the byte
Internet Erupts as NASA Spots Cartoon Bear on Surface of Mars
Gl1tc4
2:44 PM on the byte
NASA Says Another James Webb Instrument Has Suffered a Glitch
comet Spotting
2:06 PM on the byte
Behold! Dazzling Green Comet Approaches
READ MORE STORIES ABOUT / Off World
Keep up.
Subscribe to our daily newsletter to keep in touch with the subjects shaping our future.
+Social+Newsletter
TopicsAbout UsContact Us
Copyright ©, Camden Media Inc All Rights Reserved. See our User Agreement, Privacy Policy and Data Use Policy. The material on this site may not be reproduced, distributed, transmitted, cached or otherwise used, except with prior written permission of Futurism. Articles may contain affiliate links which enable us to share in the revenue of any purchases made.
Fonts by Typekit and Monotype.