Chris Hadfield: We Should Settle on the Moon Before Mars

"I think ultimately we’ll be living on the moon for a generation before we get to Mars." 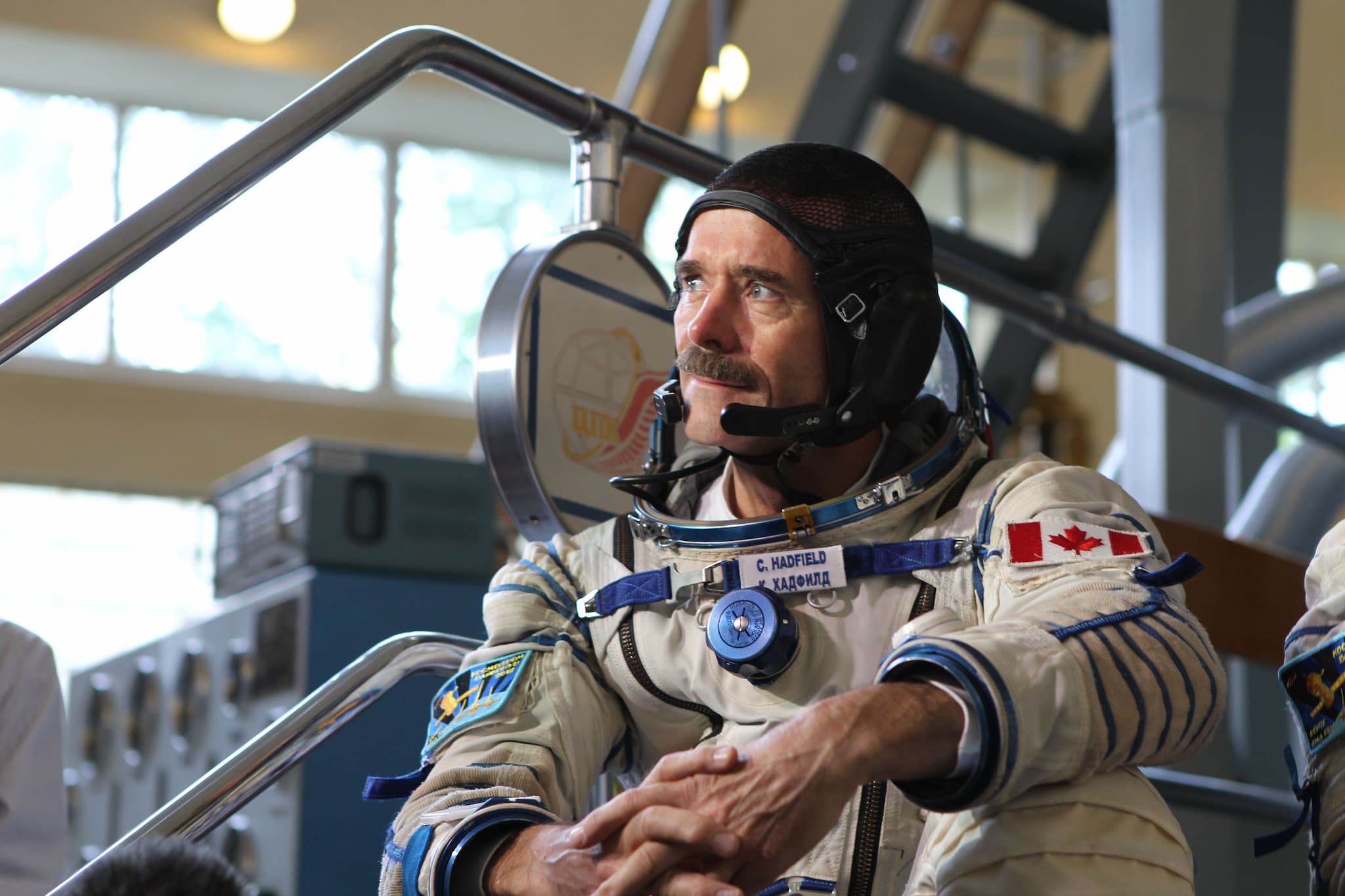 For retired astronaut Chris Hadfield, the first Canadian to have walked in space, all the plans to get to Mars are a bit premature. In an interview with New Scientist, Hadfield explained that humankind must first learn to live off-planet before pitching our tents on Mars. What better way to get used to living in space than settling on our very own Moon?

"There are six people living on the International Space Station, and we have had people there continuously for nearly 17 years," Hadfield said. "But the reality is we have not yet figured out how to live permanently off-planet."

The 57 year-old former astronaut added that the Moon is also the more logical place to go to, considering how human beings follow a pattern of "imagination, to technology-enabled exploration, to settlement" on Earth. "It’s how the first humans got to Australia 50,000 or 60,000 years ago, and how we went from Yuri Gagarin and Alan Shepherd orbiting Earth to the first people putting footprints on the moon, to people living in orbit," he explained.

"So I think if we follow the historically driven pattern then the moon would be first," Hadfield added. "Not just to reaffirm that we can get there, but to show that we can also live there."

Mars on the (Near) Horizon

To a certain extent, Hadfield's idea of settling on the Moon first before Mars is the pattern behind NASA's own plans to get to the Red Planet. Accordingly, the space agency's plans include building a deep space gateway (DSG) that would orbit the Moon in the 2020s, from which its deep space transport (DST) spacecraft would be launched to Mars by the 2030s. While the DSG is being constructed, NASA plans to send its oxygen-making rover to Mars.

On the other hand, SpaceX's Mars mission doesn't include any such stop-over on the Moon. CEO and founder Elon Musk plans to begin initial Mars test flights by 2020, with manned missions possibly by 2023.

It's this kind of mission that Hadfield seems a little hesitant with. "With long-haul space exploration there is a whole smorgasbord of unknowns," he said. That being said, Hadfield doesn't think it's impossible we'll one day see humans living on Mars — it's just not likely to happen anytime soon. "I think ultimately we’ll be living on the moon for a generation before we get to Mars."

The main reason why the likes of Musk and even renowned physicist Stephen Hawking want to get to Mars is to ensure the survival of humankind. For SpaceX's CEO, it's important that humanity become an multi-planetary species — and soon. Hawking believes it'll be the only way to guarantee the survival of the human race, and he's given us around 100 years to get it done. For resident "Science Guy" Bill Nye, colonizing planets other than Earth isn't just about survival, but curiosity. Through living off-world, could we finally answer the perennial question of "are we alone" in the universe?

Whether we go straight to Mars or not, humanity's desire to extend its reach is evident. Right now, it seems only technology and innovation will be key to helping us decide whether it's better to settle on the Moon or Mars. Or maybe on both; in which case, it's only a matter of where we go first.

Read This Next
A Sip of Opal
NASA Discovers Precious Gemstones on Mars
Moon Wrestling
The Head of NASA Is Scared Chinese Astronauts Will Seize Portions of the Moon
Martian Oases
Scientist Proposes Growing a Forest Inside a Bubble on Mars
Big Impact
Meteorite Hit Mars So Hard NASA Thought It Was a Quake
Palliative Care
NASA's Mars Lander Refuses to Die Even Though It's Supposed To
More on Off World
Drama Bomb
Yesterday on the byte
European Space Agency Halts Plans to Send Astronauts to Chinese Space Station
Futurism
Yesterday on the byte
Asteroid Mining Startup About to Launch First Mission
Carry On, Wayward...
Yesterday on the byte
NASA Says Lucy Spacecraft Will Forge Ahead With Busted Solar Array
READ MORE STORIES ABOUT / Off World
Keep up.
Subscribe to our daily newsletter to keep in touch with the subjects shaping our future.
+Social+Newsletter
TopicsAbout UsContact Us
Copyright ©, Camden Media Inc All Rights Reserved. See our User Agreement, Privacy Policy and Data Use Policy. The material on this site may not be reproduced, distributed, transmitted, cached or otherwise used, except with prior written permission of Futurism. Articles may contain affiliate links which enable us to share in the revenue of any purchases made.
Fonts by Typekit and Monotype.