This thruster will be able to offer better acceleration for long-distance missions. 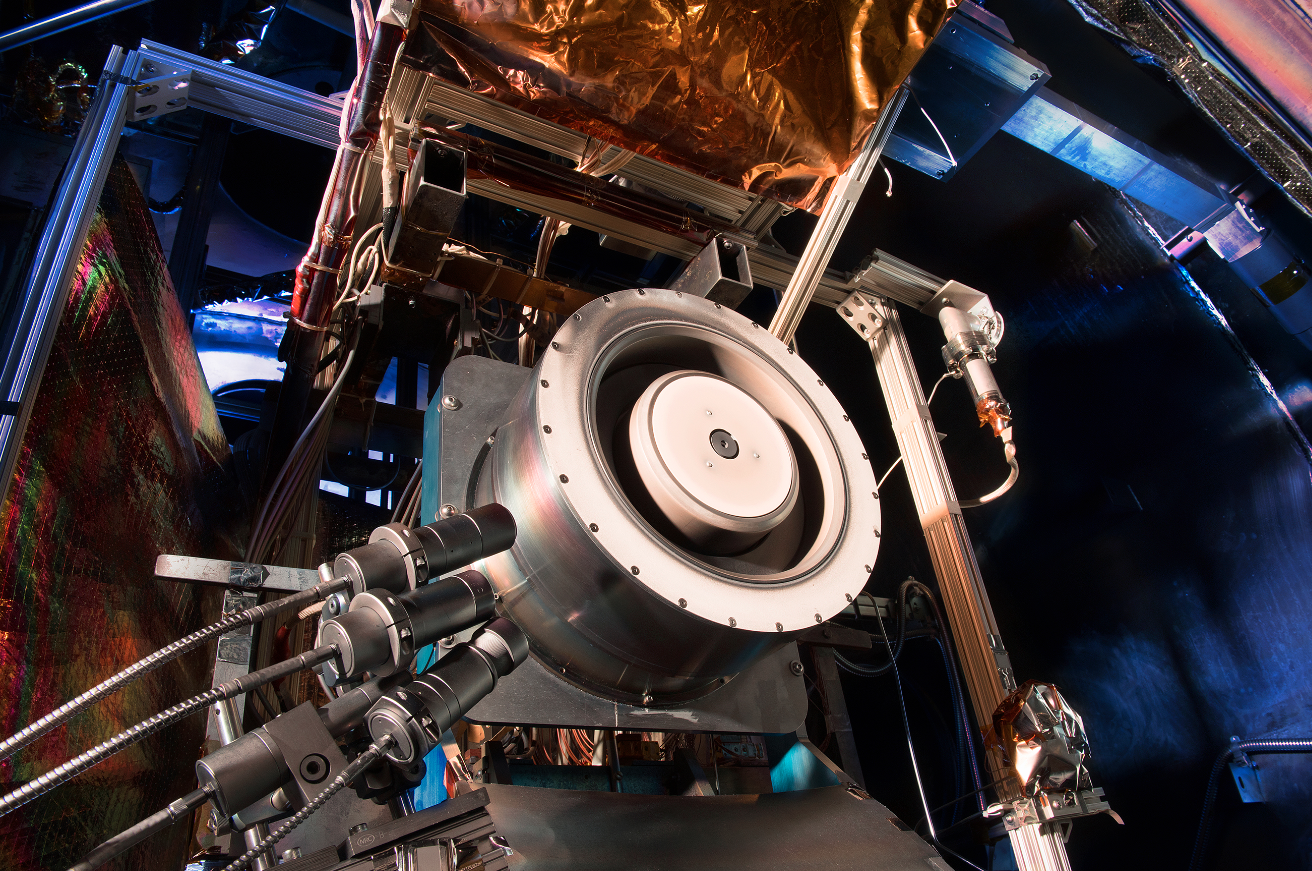 Recent tests of the X3 Hall-effect thruster have shattered various records, bolstering hopes that it might be used as a future Mars mission thruster.

Developed by NASA's Glenn Research Center with the US Air Force and the University of Michigan, the engine recorded 5.4 newtons of force, breaking the previous record for a Hall thruster, which stood at 3.3 newtons. Furthermore, it doubled the operating current from earlier trials, accomplishing 250 amperes (up from 112 amperes), and recorded a slightly higher power level of 102 kilowatts.

Hall thrusters, invented in the 1960s, are currently used primarily on Earth-orbiting satellites. These tests suggest that the thruster will be able to offer better acceleration for long-distance missions, which should cut down on travel times. As a result, it might be the missing piece for NASA's long-gestating mission to Mars.

"Mars missions are just on the horizon, and we already know that Hall thrusters work well in space," said Alec Gallimore, who lead the research, in a press release. "They can be optimized either for carrying equipment with minimal energy and propellant over the course of a year or so, or for speed—carrying the crew to Mars much more quickly."

Making it to Mars

Visiting Mars has long been a priority when it comes to space exploration. Now, thanks to technology like the X3 thruster, such an expedition is more viable than ever.

It remains to be seen who will make a trip to the red planet first. Though NASA is collaborating with other entities on the X3 thruster, the agency has previously stated that a Mars mission is outside its budget. Elon Musk has made no secret of his ambition to get to Mars, and the recent reveal of the BFR seems to put SpaceX on the right track to do so.

Regardless, it seems more and more likely that humans will make it to Mars sooner rather than later. The biggest questions revolve around who will helm the mission, and what technology they'll use to get there.