After a Year Away from Earth, Scott Kelly's "Space Genes" Set Him Apart From His Twin 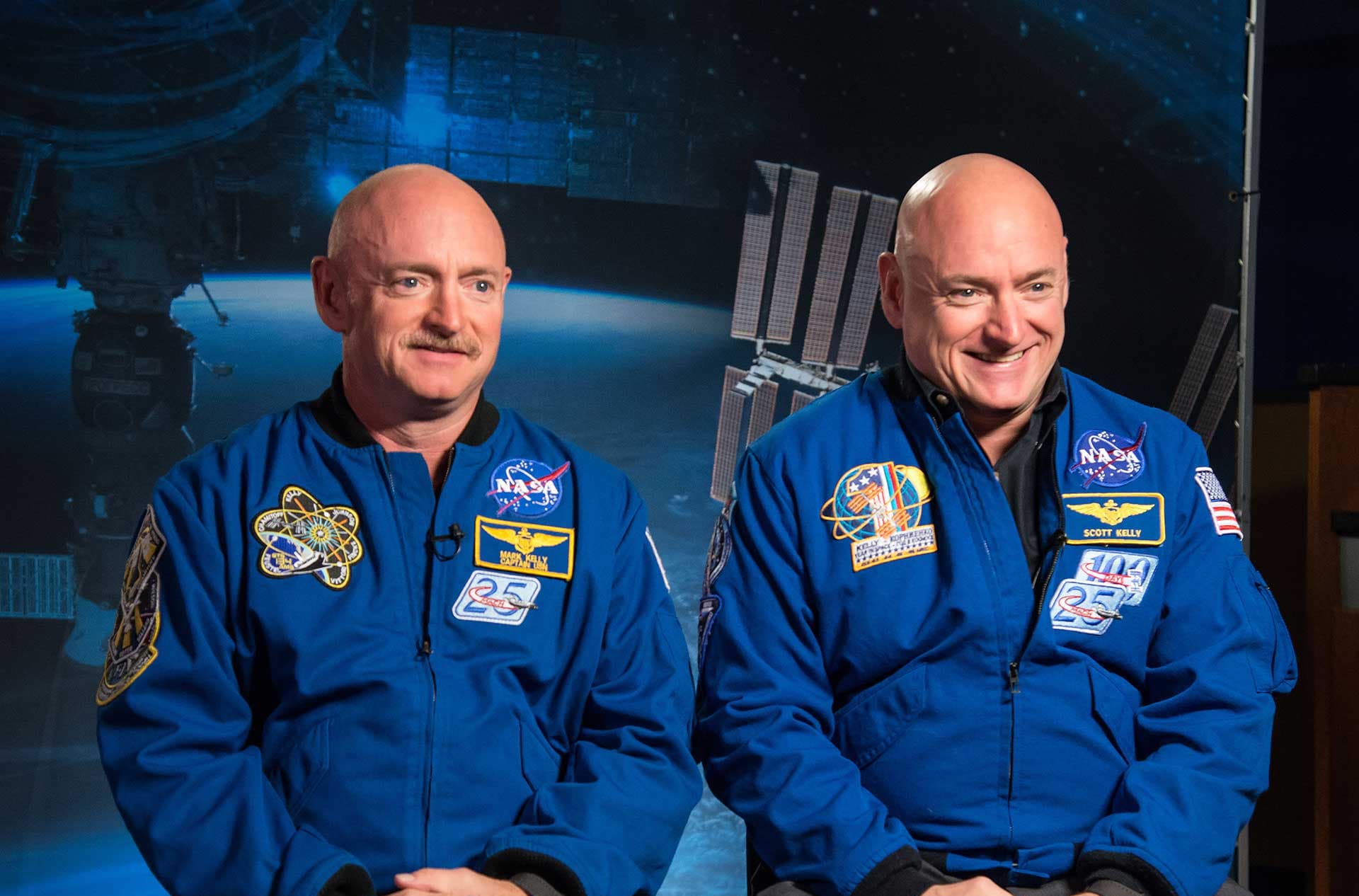 Scott and Mark Kelly are identical twin brothers. They're also both former astronauts. Scott spent a year living in the International Space Station, while Mark was here on Earth. The Twin Study, as it was called, was an effort to help scientists understand the effects of extended time in space. NASA already has as pretty good grasp of what happens to the body after six months on the ISS. But the effects after a year are far more important if we're going to eventually send people to Mars, and beyond.

Though Scott Kelly returned to Earth in March 2016, scientists are still running the data to figure out the effects on his body and mind. At the 2018 Investigator's Workshop for NASA's Human Research Program in January, NASA released its findings, revealing that Scott returned safely, but something about his gene expression had changed.

NASA measured Scott's metabolites, cytokines and proteins before, during, and after his mission. Researchers learned that spaceflight is associated with oxygen deprivation stress, increased inflammation, and dramatic nutrient shifts that affect gene expression.
Furthermore, Scott's telomeres (the ends of chromosomes that shorten as people get older) become longer while in space, but shortened again within 48 hours of Scott returning to Earth.

Perhaps the most interesting discovery is the change to Scott's genes. 93 percent remained unchanged after the year-long stay in space, but the remaining 7 percent — referred to as "space genes" — were expressed differently (the DNA itself wasn't fundamentally altered, as some headlines stated and The Verge notes). These changes might have long-lasting effects on the immune system, DNA repair, bone formation networks, hypoxia (oxygen deficiency in tissue), and hypercapnia (an abundance of carbon dioxide in the bloodstream). 7 percent might sound insignificant, but in fact it amounts to several hundred of genes.

Expect more findings from the Twin Study in the near future, starting with an integrated summary paper NASA will publish later this year. NASA states a "series of smaller papers grouped by related research areas" will also be released this year.

The results of Scott Kelly's year-long mission will help space agencies all over the world prepare astronauts for longer stints in space. NASA says Kelly's work is a "stepping stone" to a three-year mission to Mars.

Hopefully, by the time the mission begins, NASA's Mars lander will have told us much more about the Red Planet. That way, the astronauts will have a better idea of what to expect.