We’ve Seen Less Than One Percent of Mars. NASA's New Lander Is Going To Change That.

NASA's "InSight" mission takes off in May 2018 with the goal of understanding what goes on under the Red Planet's surface. 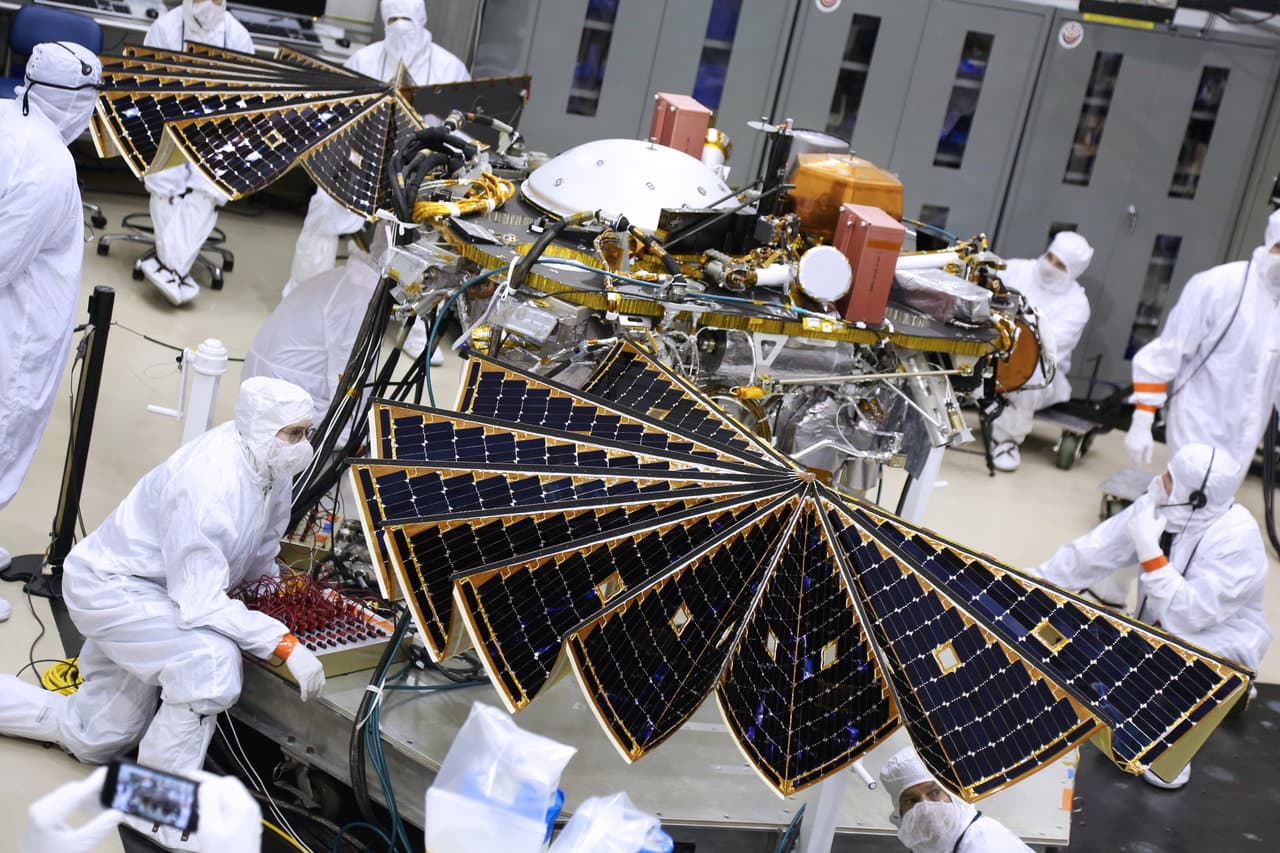 NASA is just a few months away from the May 2018 launch of their Interior Exploration using Seismic Investigations, Geodesy and Heat Transport (InSight) Mars lander. Once it touches down on the Red Planet in November, the craft is expected to provide NASA with highly desired information on Mars's inner workings.

Previous investigations into Mars have led to some remarkable discoveries, including exposed water ice and violent snowstorms, but to date, we've explored very little of our neighbor. The InSight mission aims to change that.

"We have yet to look inside of Mars. We have only seen less than one percent of Mars," Sue Smrekar, deputy principal investigator of the InSight mission, told CNBC. "What we are going to do now is look under the hood. We are going to look at the rest of Mars, the other 99.9 percent that we have never seen before."

According to the InSight mission overview, the lander will study the size, thickness, density, and overall structure of Mars's core, mantle, and crust. It will also measure the rate at which heat escapes the planet.

A solar array will ensure InSight collects and stores enough solar energy to power its many instruments, some of which Bruce Banerdt, the mission's principal investigator, detailed in a NASA news release.

"We'll study [Mars's] pulse by 'listening' for marsquakes with a seismometer. We'll take its temperature with a heat probe. And we'll check its reflexes with a radio experiment," said Banerdt. "Think of InSight as Mars's first health checkup in more than 4.5 billion years."

InSight's objectives don't end there. Recent studies have found evidence of water near the planet's equator and potentially trapped in rocks. InSight has been tasked with locating ice and confirming whether or not liquid water flows beneath Mars's surface. Any new information regarding water on Mars will be invaluable to attempts to establish habitats or colonize the planet.

Beyond teaching us about Mars, the InSight mission is expected to help us better understand how our own planet formed. Unlike Venus, Mercury, or the Moon, Mars is large enough to have undergone the same processes that shaped the Earth's formation nearly 4 billion years ago, but small enough to still show signs of those processes.

By exploring Mars with InSight, we'll learn more about our planet's past and how to prepare for our species' off-world future.

Read This Next
Shoo
Scientists Warn Giant Asteroid Is Actually Swarm, Nearly Impossible to Destroy
A Sip of Opal
NASA Discovers Precious Gemstones on Mars
Moon Wrestling
The Head of NASA Is Scared Chinese Astronauts Will Seize Portions of the Moon
Shot Well
Head of NASA Relieved to Hear Elon Musk Isn't REALLY Running SpaceX
Little Boxes
One Silly Little Detail Is Reportedly Delaying Artemis II by Years
More on Off World
Futurism
2:16 PM on the byte
NASA's Mars Rover Perseverance Just Dropped Off Its Last Sample
Final Selection
Yesterday on the byte
NASA Finalizing Secretive Decision on First Astronauts for the Artemis Moon Mission
Hall Effect
Jan 29 on futurism
Test Suggests Ion Thrusters Could Power Crewed Interplanetary Missions
READ MORE STORIES ABOUT / Off World
Keep up.
Subscribe to our daily newsletter to keep in touch with the subjects shaping our future.
+Social+Newsletter
TopicsAbout UsContact Us
Copyright ©, Camden Media Inc All Rights Reserved. See our User Agreement, Privacy Policy and Data Use Policy. The material on this site may not be reproduced, distributed, transmitted, cached or otherwise used, except with prior written permission of Futurism. Articles may contain affiliate links which enable us to share in the revenue of any purchases made.
Fonts by Typekit and Monotype.