The space simulation will cover 1.9 million square feet of desert. 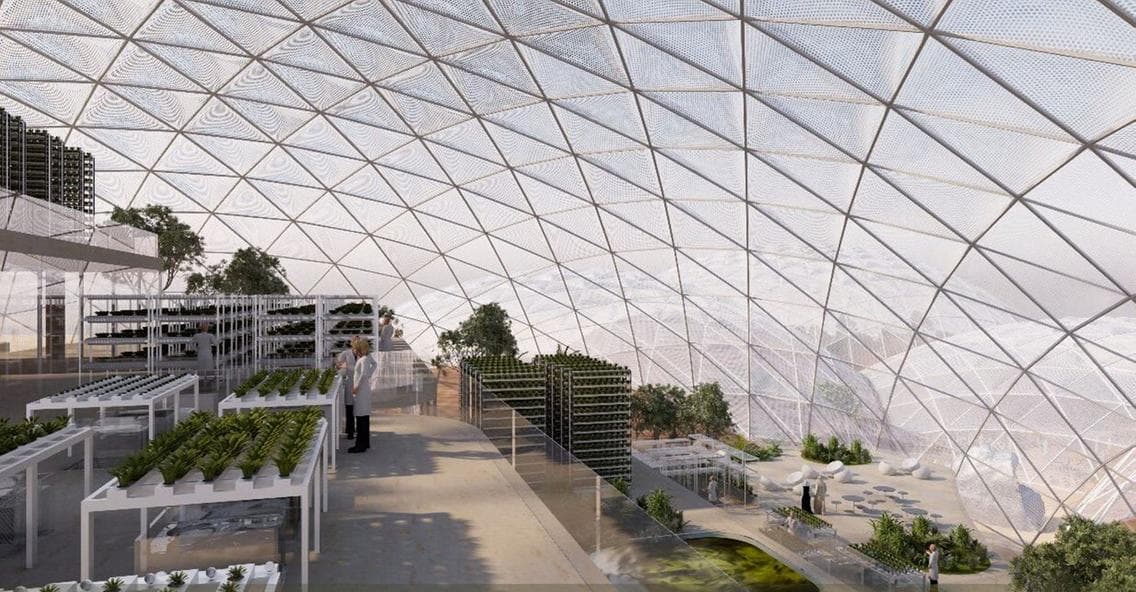 The government of the United Arab Emirates (UAE) is about to embark on a major undertaking, announcing today that they plan to build a simulated Mars colony in the Emirati desert. The $136 million (Dh500 million) facility will cover nearly 177,000 square meters (1.9 million square feet) of the desert. The announcement comes from the Dubai Media Office.

During the Annual #UAE Government Meetings, #UAE has revealed new AED 500 million project to build a city that simulates life on Mars pic.twitter.com/QBu5CK87YU

The goal of the project, dubbed Mars Science City, is to simulate conditions for human settlers on the Red Planet. According to the press release, "The project encompasses laboratories for food, energy, and water, as well as agricultural testing and studies about food security in the future."

The campus will also contain a museum dedicated to humanity's greatest achievements in space exploration. The hope is that the museum will inspire younger generations to pursue education in science and mathematics, ensuring continued innovation in the future.

Back in July, the United Arab Emirates Space Agency unveiled plans to send a probe to orbit Mars by 2021, which would make it the first Muslim nation to send a probe to Mars. Further, at the beginning of the year, the UAE announced plans to have a human colony on the Red Planet by the year 2117.

"The UAE is a great country with vision and understanding of the challenges we face and the rapid changes our world is experiencing," said Vice President, Prime Minister, and Ruler of Dubai, His Highness Sheikh Mohammed bin Rashid Al Maktoum at the annual meeting for the UAE government in Abu Dhabi on Tuesday.

"We believe in the potential of space exploration and in collaborating with global partners and leaders in order to harness the findings of this research and movement that seeks to meet people’s needs and improve quality of life on Earth," he added.

More countries are developing space agencies than ever before. The lessons learned from past exploration has allowed technology to flourish, leading to a greater democratization of space. Recent developments have seen Ghanaian satellites launched, Japan planning missions to Mars' moons, and China working on space rockets that are launched from planes. The new space race is upon us, and this one is spurring as much collaboration as competition.

Disclosure: The Dubai Future Foundation works in collaboration with Futurism as a sponsor and does not hold a seat on our editorial board.

Read This Next
A Sip of Opal
NASA Discovers Precious Gemstones on Mars
Martian Oases
Scientist Proposes Growing a Forest Inside a Bubble on Mars
Big Impact
Meteorite Hit Mars So Hard NASA Thought It Was a Quake
Palliative Care
NASA's Mars Lander Refuses to Die Even Though It's Supposed To
Signs Of Life
NASA Seems Awfully Excited About Finding Organic Matter on Mars
More on Off World
Exoplanet Dance
Yesterday on the byte
Scientist Releases Amazing Video of Exoplanets Orbiting Distant Star
Space Junk News
Yesterday on the byte
Two Large Chunks of Space Debris Just Almost Collided in an Epic Disaster
Mars Drop
Yesterday on the byte
NASA's Mars Rover Perseverance Just Dropped Off Its Last Sample
READ MORE STORIES ABOUT / Off World
Keep up.
Subscribe to our daily newsletter to keep in touch with the subjects shaping our future.
+Social+Newsletter
TopicsAbout UsContact Us
Copyright ©, Camden Media Inc All Rights Reserved. See our User Agreement, Privacy Policy and Data Use Policy. The material on this site may not be reproduced, distributed, transmitted, cached or otherwise used, except with prior written permission of Futurism. Articles may contain affiliate links which enable us to share in the revenue of any purchases made.
Fonts by Typekit and Monotype.