"The new project is a seed that we plant today, and we expect future generations to reap the benefits...” 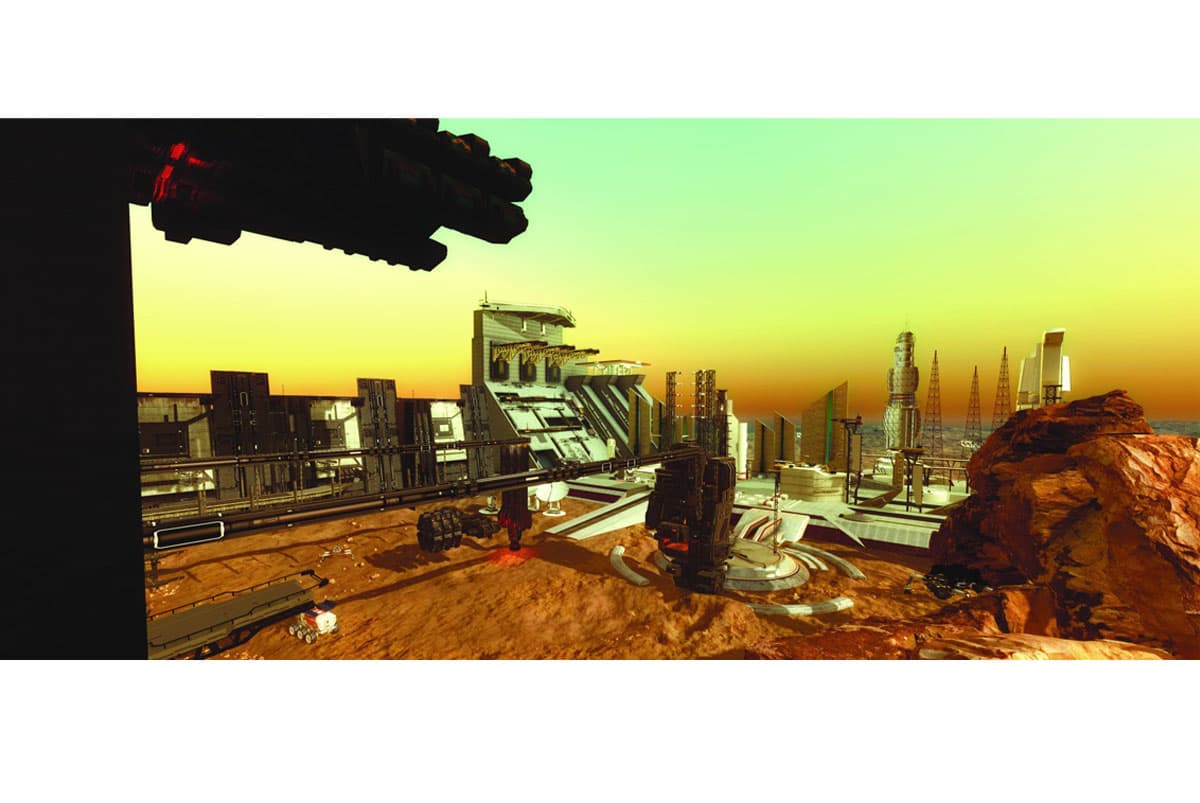 The Race Is On

The race to the Red Planet is, indeed, on, and the United Arab Emirates wants to be a part of it. Yesterday, Sheikh Mohammed bin Rashid Al Maktoum, the ruler of Dubai and vice president of the UAE, announced the Mars 2117 Project. Its goal? To establish the first inhabitable human settlement on the Red Planet by 2117.

The project will expand on what Dubai sees as its role as a world leader in space science investments. "The new project is a seed that we plant today, and we expect future generations to reap the benefits, driven by its passion to learn to unveil a new knowledge," Sheikh Mohammed said, reports Aljazeera.

A statement released by the Dubai government media office said that the plan involves working with major international scientific institutions to accelerate research that would make traveling to and from Mars, as well as living on the planet, possible:

The first phase of the project will focus on preparing the human cadres able to achieve scientific breakthrough to facilitate the arrival of human to the Red Planet in the next decades. The Mars 2117 Project also aims to prepare an Emiratis scientists team and to develop an international scientific consortium to speed up the research project. The project will start with an Emiratis scientific team and will be extended to include international scientists and researchers, in addition to streamline the human efforts in term of exploring and settlement of the [Red Planet].

The Mars 2117 Project isn't the first time the UAE has expressed its desires to probe Mars. Back in 2014, the government announced the creation of a space agency with a goal to send an unmanned explorer to Mars by 2021.

The UAE joins a number of international efforts already in motion to bring the first human settlement to Mars. At the top of the list is SpaceX's plan, which Elon Musk shared in September. Also in the private sector is veteran aeronautics company Boeing, which is working on its own plans to get to Mars.

Through NASA, the U.S. government has prioritized a mission to Mars, though recent announcements from the current administration could indicate a shift in focus. China has also announced an ambitious plan to get to the Red Planet by 2020. In the Netherlands, space tech organization Mars One is working on plans to establish a human settlement on Mars, and it recently received a sizable investment from a Swiss financial outfit.

Getting to Mars is a race, yes. But the daunting tasks involved — developing technology to travel fast enough, getting back from Mars, etc. — require a more collaborative approach. According to Sheikh Mohammad, this seems to be what UAE's Mars 2117 Project brings to the table: "The landing of people on other planets has been a longtime dream for humans. Our aim is that the UAE will spearhead international efforts to make this dream a reality."

Read This Next
A Sip of Opal
NASA Discovers Precious Gemstones on Mars
Martian Oases
Scientist Proposes Growing a Forest Inside a Bubble on Mars
Big Impact
Meteorite Hit Mars So Hard NASA Thought It Was a Quake
Palliative Care
NASA's Mars Lander Refuses to Die Even Though It's Supposed To
Signs Of Life
NASA Seems Awfully Excited About Finding Organic Matter on Mars
More on Off World
Light Me Up
Yesterday on the byte
Wall of Lasers Cuts Across Hawaii's Night Sky
Water Sign
Yesterday on the byte
Scientists Find New Evidence of Hidden Ocean World in Our Solar System
Trashing Orbit
Thursday on the byte
Elon Musk Says SpaceX May Build Starship That Dies on Purpose
READ MORE STORIES ABOUT / Off World
Keep up.
Subscribe to our daily newsletter to keep in touch with the subjects shaping our future.
+Social+Newsletter
TopicsAbout UsContact Us
Copyright ©, Camden Media Inc All Rights Reserved. See our User Agreement, Privacy Policy and Data Use Policy. The material on this site may not be reproduced, distributed, transmitted, cached or otherwise used, except with prior written permission of Futurism. Articles may contain affiliate links which enable us to share in the revenue of any purchases made.
Fonts by Typekit and Monotype.