Elon Musk: We Must Leave Earth For One Critical Reason

Colonizing other worlds is not a desire. It's a need. 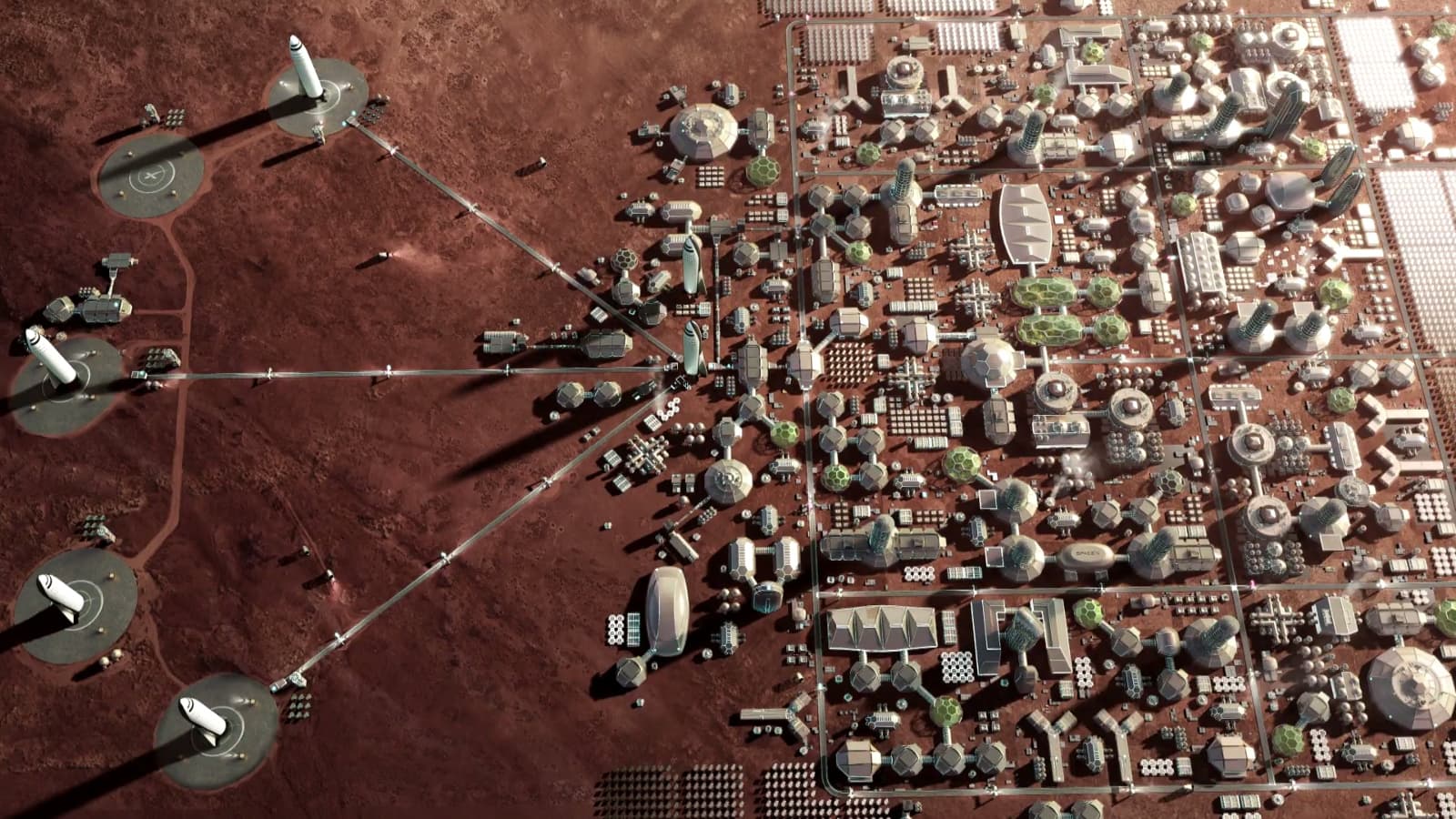 In its early life, the Earth would have been peppered nearly continuously by asteroids smashing into our young planet. These fiery collisions made our world what it is today. It may seem like things have changed since then, given the vast assortment of life and wide blue oceans—and things have indeed changed. At least in some respects. However, Earth still receives thousands of tons of matter from space, but this is in the form of microscopic dust particles (as opposed to recurrent, energetic collisions).

Fortunately, in modern times, a large asteroid colliding with the surface of the Earth happens only very rarely. Nevertheless, it does happen from time to time.

As most are probably already aware, it is widely believed that an asteroid initiated the dinosaurs’ extinction some 65 million years ago.  And more recently, the Russian Chelyabinsk meteor hit our planet in February of 2013. It entered at a shallow angle at 60 times the speed of sound. Upon contact with our atmosphere, it exploded in an air burst. The size of this body of rock (before it burned up and shattered) is estimated to be around 20 meters (across) and it weighed some 13,000 metric tons.

This isn’t large by any means, but it was enough to injure over a thousand people and damage nearly 20,000 buildings.

But what would happen if we were faced with a truly major threat today? Could we survive?

Well, it depends on the size of the object and where it hits, but in short...no. Unless an asteroid was very small, we wouldn't be able to destroy it or vaporize it—this is simply beyond our technological capabilities (at the moment). We also don't have the technology necessary to deflect the asteroid or veer it off course.

Why We Need to Leave Earth

This is a bit of a problem because, assuming that humanity plans on sticking around for awhile, it is almost inevitable that we will have to face a large asteroid at some point. Of course, asteroids aren't the only threat. There are a host of deadly diseases, volcanic eruptions, or other catastrophes that could bring about the end of civilization as we know it (and maybe even all life).

This is why it makes sense to transition into a multi-planet species as soon as possible. Blogger Tim Urban recently had a rather apt metaphor to illustrate why we need to leave our planet and venture out into the cosmos: Picture the Earth as a kind of hard drive. And on this hard drive we have saved everything. Every song. Every book. Every thought that has been thought and every word that has been uttered. Every memory.

And that's not all: It also houses every single species. All of it is stored in a word document saved on that hard drive.

Oh, and the hard drive has broken before, and when it happened, we lost nearly everything. It got a virus and…that's it, two-thirds of the population gone. It smashed into something and, alas, there goes another batch of data.

So it makes sense to make a backup. As Urban puts it, “Now—if you owned a hard drive with an extraordinarily important Excel doc on it, and you knew that the hard drive pretty reliably tended to crash every month or two, with the last crash happening five weeks ago—what’s the very obvious thing you’d do? You’d copy the document onto a second hard drive.”

That is why we need to leave Earth. We need to have another plan. A safeguard.

Of course, we should also do it for exploration and discovery, but we need to do it for life itself. And that is one of the primary reasons that Elon Musk wants to head to the Red Planet. It is a way of ensuring humanity's continued existence (assuming that we think the document is worth saving). And ultimately, it's why he doesn't want to go with just a select set of scientists and experts.

He wants to take a significant portion of the data on our hard drive—Musk would like to send 1 million people to Mars.

At the Wall Street Journal's D: All Things Digital Conference in 2013, Musk explained his feelings, stating, "Either we spread Earth to other planets, or we risk going extinct. An extinction event is inevitable and we’re increasingly doing ourselves in. The goal is to improve rocket technology and space technology until we can send people to Mars and establish life on Mars."

Of course, this will be no simple task. Mars is, currently, a wasteland of dirt and sand.

"Mars is a fixer-upper of a planet," Musk said. "But we could make it work." And honestly, even if we can't make it work, it seems that we have no real choice but to try. Musk concludes, "I agree this is an unlikely outcome, but if we don’t keep improving technology every year, we won’t get there."

Later this year, via his rocket firm SpaceX, Musk plans to disclose a spacecraft designed to transport as many as 100 people at a time to Mars.

Read This Next
Butcher Shop
Neuralink Employees Admit Company Has Killed 1,500 Animals So Far
PDA
Elon Musk Is Faving Posts on Twitter That Are Making Our Skin Crawl With Embarrassment
From Our Partners
Build A Robotic Toy Car With This DIY Self-Driving Vehicle Kit
From Our Partners
This NASA Apollo 15 Commemorative Watch Is Historic In Its Own Right
From Our Partners
Build Your Own Self-Driving Car With This DIY Kit
More on Sci-Fi Visions
From the Dept. of...
Monday on futurism
The Best Humidifiers of 2023
Human v. Giraffe
Jan 24 on the byte
Chaotic Italian Fashion Line Baffles Facial Recognition Software
Step One
Jan 24 on the byte
World’s Third Richest Person Says He’s Developed "Addiction" to ChatGPT
READ MORE STORIES ABOUT / Sci-Fi Visions
Keep up.
Subscribe to our daily newsletter to keep in touch with the subjects shaping our future.
+Social+Newsletter
TopicsAbout UsContact Us
Copyright ©, Camden Media Inc All Rights Reserved. See our User Agreement, Privacy Policy and Data Use Policy. The material on this site may not be reproduced, distributed, transmitted, cached or otherwise used, except with prior written permission of Futurism. Articles may contain affiliate links which enable us to share in the revenue of any purchases made.
Fonts by Typekit and Monotype.