Stephen Hawking's Most Dire Predictions for the Future

Hawking inspired us. He also made us afraid. 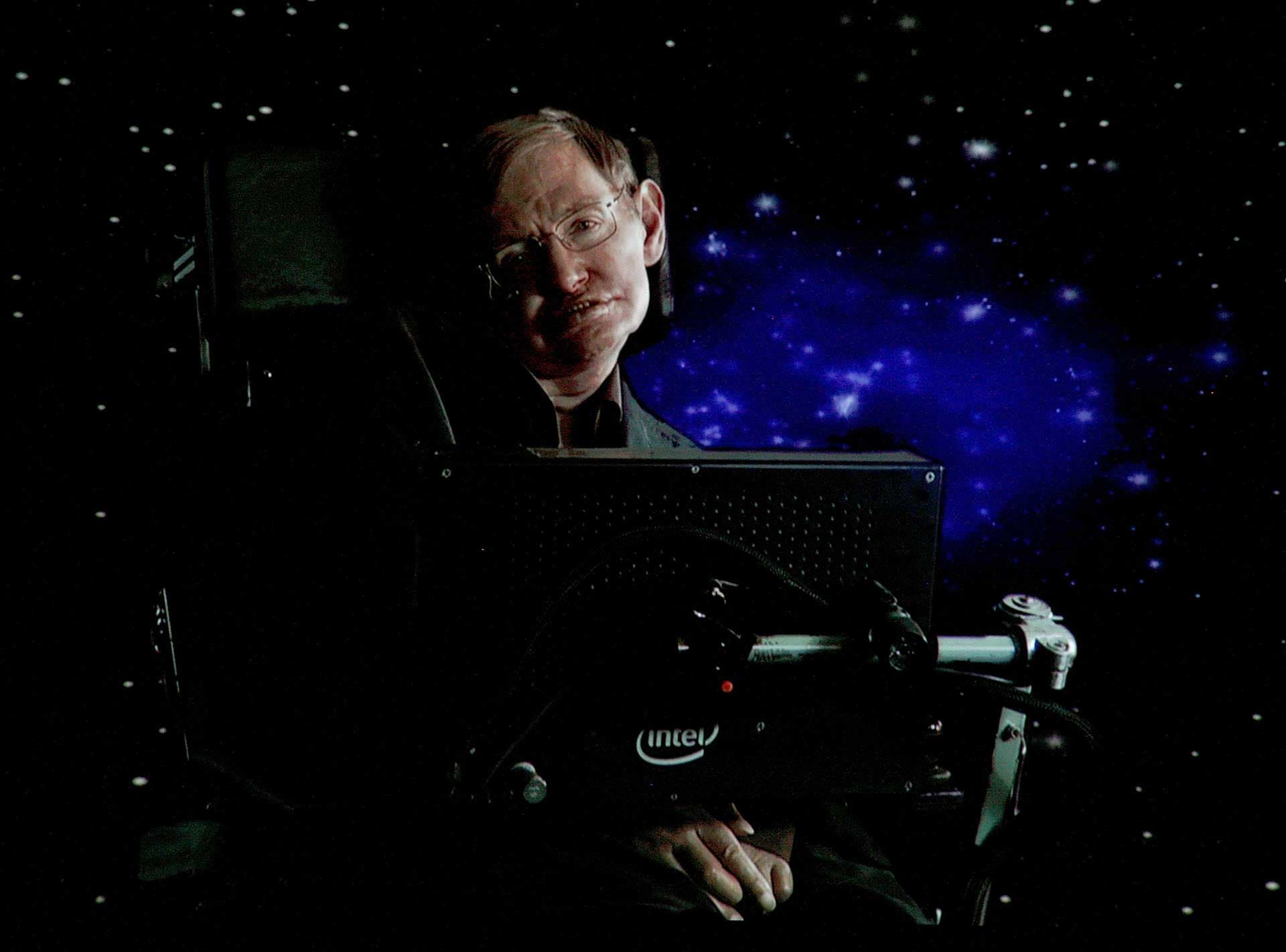 Stephen Hawking was a brilliant astrophysicist who inspired and awed. He pushed our understanding of, curiosity about, and excitement for the universe around us. He made us laugh. He made us curious. He made us imagine.

He also, at times, made us afraid.

Hawking, who died this morning at the age of 76 after 52 years of living with amyotrophic lateral sclerosis (ALS, or Lou Gehrig’s disease), will leave behind a deeply important legacy. But his paranoia about the future of humanity, especially in his later years, may prove to be one of the most lasting (and pertinent) aspects of that legacy.

These are a few of his most dire predictions:

"The genie is out of the bottle. We need to move forward on artificial intelligence development but we also need to be mindful of its very real dangers," Hawking said last year in a Q&A with WIRED. "I fear that AI may replace humans altogether. If people design computer viruses, someone will design AI that replicates itself. This will be a new form of life that will outperform humans."

As AI permeates more of our daily lives, Hawking isn't the only one to fear a robot takeover.

But there are other threats.

"Our earth is becoming too small for us, global population is increasing at an alarming rate and we are in danger of self-destructing... I would not be optimistic about the long-term outlook for our species.”

Hawking said this in 2016 at an event at Cambridge University, attesting his pessimism in part to the recent referendum for the United Kingdom to withdraw from the European Union. In a 2017 documentary, he said humanity has just a century left on Earth, down from the 1,000 years he predicted the year before.

That's in part because of climate change and environmental destruction that, he feared, may make the Earth uninhabitable. Since he became president, Donald Trump had become a favorite target of Hawking's:

"We are close to the tipping point where global warming becomes irreversible. Trump's action [pulling out of the Paris Agreement] could push the Earth over the brink, to become like Venus, with a temperature of two hundred and fifty degrees, and raining sulphuric acid," Hawking told BBC News.

"Climate change is one of the great dangers we face, and it's one we can prevent if we act now. By denying the evidence for climate change, and pulling out of the Paris Climate Agreement, Donald Trump will cause avoidable environmental damage to our beautiful planet, endangering the natural world, for us and our children."

Fortunately, though, he sees a solution.

"If humanity is to continue for another million years, our future lies in boldly going where no one else has gone before,” Hawking said at a festival in Norway last year.

"We are running out of space and the only places to go to are other worlds. It is time to explore other solar systems," he continued. "Spreading out may be the only thing that saves us from ourselves. I am convinced that humans need to leave Earth."

"I hope it would unite competitive nations in a single goal, to face the common challenge for us all... A new and ambitious space program would excite [young people], and stimulate interest in other areas, such as astrophysics and cosmology."

He laid out a fairly comprehensive series of benchmarks: nations should send astronauts to the Moon by 2020 (and set up a lunar base in the next 30 years). And we should get to Mars by 2025.

If Hawking is even remotely right, Musk had better hop to it.

Read This Next
Bubble Birth
Scientists With Nothing Better to Do Created a Bubble That Lasted 465 Days Before Popping
Futurism
Stephen Hawking Believes Humankind Is in Danger of Self-Destruction Due to AI
Futurism
Stephen Hawking: Humans Must Leave Earth Within 600 Years
Futurism
Stephen Hawking: Humanity Only Has 100 Years Left on Earth Before Doomsday
Futurism
Stephen Hawking Finally Revealed His Plan for Preventing an AI Apocalypse
More on Future Society
Musk Rats
Yesterday on the byte
Twitter Is Quietly Re-Suspending the Lunatics Elon Musk Let Back On
Going Wireless
Wednesday on futurism
Hackers Took Over a Subdomain of Wired.com for Several Months and Replaced It With Sleazy Online Casino Content
Spreadsheet Guy
Tuesday on the byte
Sam Bankman-Fried Posts Excel Docs That He Says Shows Nothing Was His Fault
READ MORE STORIES ABOUT / Future Society
Keep up.
Subscribe to our daily newsletter to keep in touch with the subjects shaping our future.
+Social+Newsletter
TopicsAbout UsContact Us
Copyright ©, Camden Media Inc All Rights Reserved. See our User Agreement, Privacy Policy and Data Use Policy. The material on this site may not be reproduced, distributed, transmitted, cached or otherwise used, except with prior written permission of Futurism. Articles may contain affiliate links which enable us to share in the revenue of any purchases made.
Fonts by Typekit and Monotype.