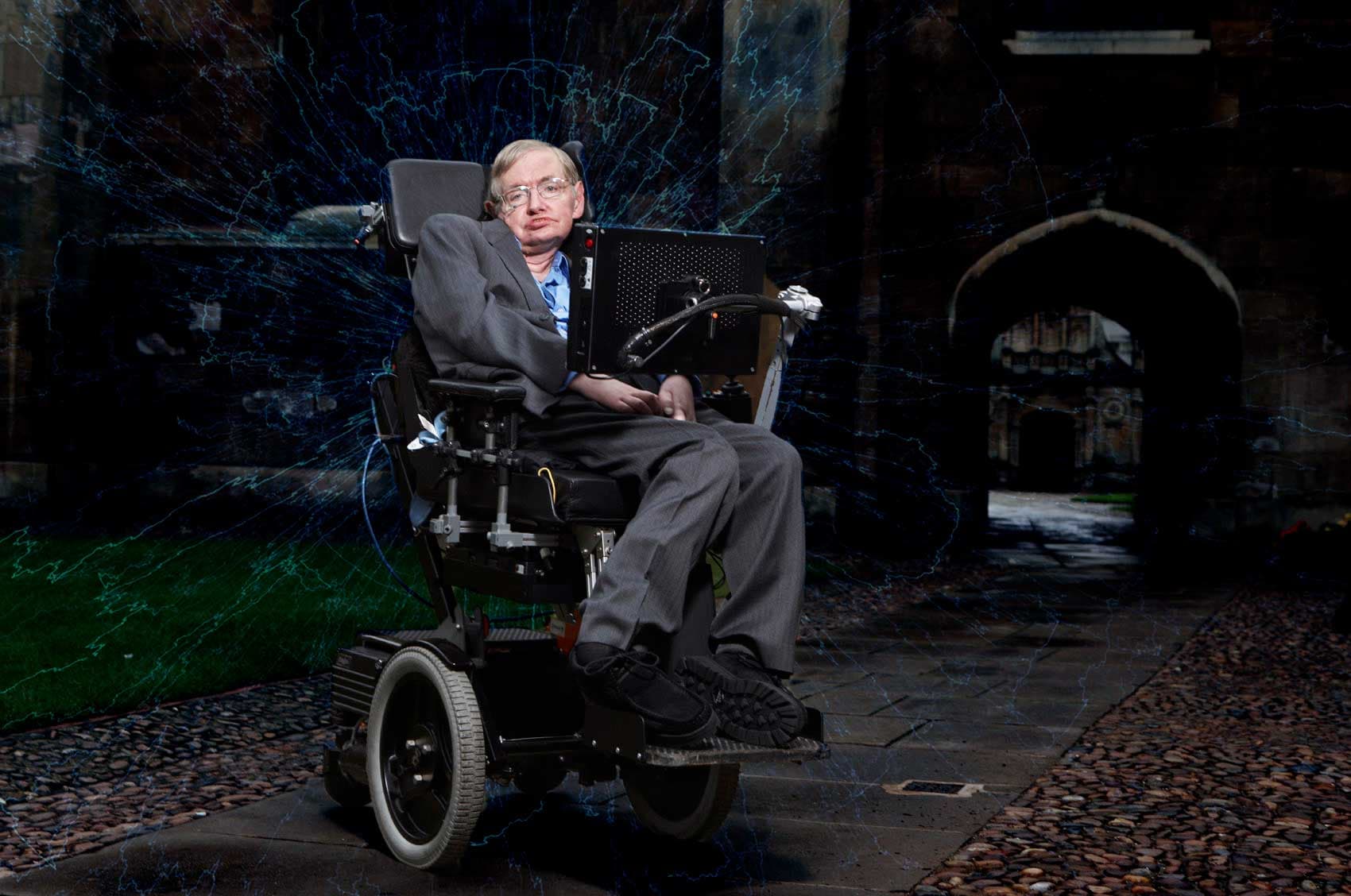 Stephen Hawking may have died on March 14, but he's still pushing physics forward.

Today, the peer-reviewed Journal of High Energy Physics (JHEP) published Hawking's final theory on the universe's origin, titled "A Smooth Exit from Eternal Inflation?" The famed physicist wrote the paper in collaboration with Thomas Hertog, a professor at Belgium's Catholic University of Leuven (KU Leuven), and it presents a multiverse theory unlike any other.

Here's a (really) simplified explanation of (one) multiverse theory. The Big Bang happened. The universe expanded. In some places, it kept expanding. In others, it stopped. In the places where it stopped, universes formed — ours, and a potentially infinite number of others.

According to Hertog, Hawking was never a big fan of the multiverse theory, but he knew it was hard to avoid.

"Pretty much any reasonable model of the Big Bang which we could come up with led us to a multiverse," Hertog told CBC in March. "If anything is possible — if a multiverse is too gigantic, too wild — then our theory won't say anything about our own universe, and so it's useless as a scientific theory."

Hawking wanted a theory that would let researchers "control the multiverse," said Hertog. Enter this newest paper: "A Smooth Exit from Eternal Inflation?"

Hertog first announced this theory at a July 2017 event to celebrate Hawking's 75th birthday. Two weeks before Hawking's death, he submitted his most up-to-date version of the theory, which led to today's publication in JHEP.

In their paper, Hawking and Hertog use a mix of string theory, holographic principle, and math problems that resemble hieroglyphics to arrive at a multiverse theory that's less unwieldy than the current standard.

"We are not down to a single, unique universe, but our findings imply a significant reduction of the multiverse, to a much smaller range of possible universes," said Hawking, according to a Cambridge University press release.

"These ideas offer the breathtaking prospect of finding evidence for the existence of other universes," Carlos Frenk, a professor of cosmology at Durham University who saw an early version of Hawking's final theory, told The Times. "This would profoundly change our perception of our place in the cosmos."

Hetzog plans to test the theory's assumptions in the "real world" by using space telescopes to study gravitational waves. While Hawking won't be able to continue this work alongside his partner, he seemed satisfied with what he accomplished during his lifetime.

"It has been a glorious time to be alive and doing research into theoretical physics," he said during his 75th birthday celebration back in July. "Our picture of the universe has changed a great deal in the last 50 years, and I'm happy if I've made a small contribution."

With today's publication of Hawking's final theory, that "small" contribution just got a little bigger.

Read This Next
Brands We Love
Try CuriosityStream Free for One Week, and Then Say Goodbye to Garbage TV Forever
Futurism
Worlds Without End: The Many Kinds of Parallel Universes
Futurism
Physicists Weigh In: Could We Ever Travel to a Parallel Universe?
Futurism
Hawking's Team is Planning a Flyby Mission to Proxima B, Earth's Closest Alien Planet
Futurism
Stephen Hawking Teams With Billionaire to Build An Interstellar Spaceship
More on Sci-Fi Visions
Cool MMArk
Yesterday on the byte
Mark Zuckerberg's Wife Looks Absolutely Horrified by His New Hobby
Star Yard
Yesterday on the byte
Huge Graveyard of Stars Surrounds Our Galaxy, Scientists Say
From the Dept. of...
Sep 26 on futurism
Amazon Just Announced Its First “Early Access Sale” — Here’s What You Need to Know
READ MORE STORIES ABOUT / Sci-Fi Visions
Keep up.
Subscribe to our daily newsletter to keep in touch with the subjects shaping our future.
+Social+Newsletter
TopicsAbout UsContact Us
Copyright ©, Camden Media Inc All Rights Reserved. See our User Agreement, Privacy Policy and Data Use Policy. The material on this site may not be reproduced, distributed, transmitted, cached or otherwise used, except with prior written permission of Futurism. Articles may contain affiliate links which enable us to share in the revenue of any purchases made.
Fonts by Typekit and Monotype.