Take a stroll through the future according to Michio Kaku. 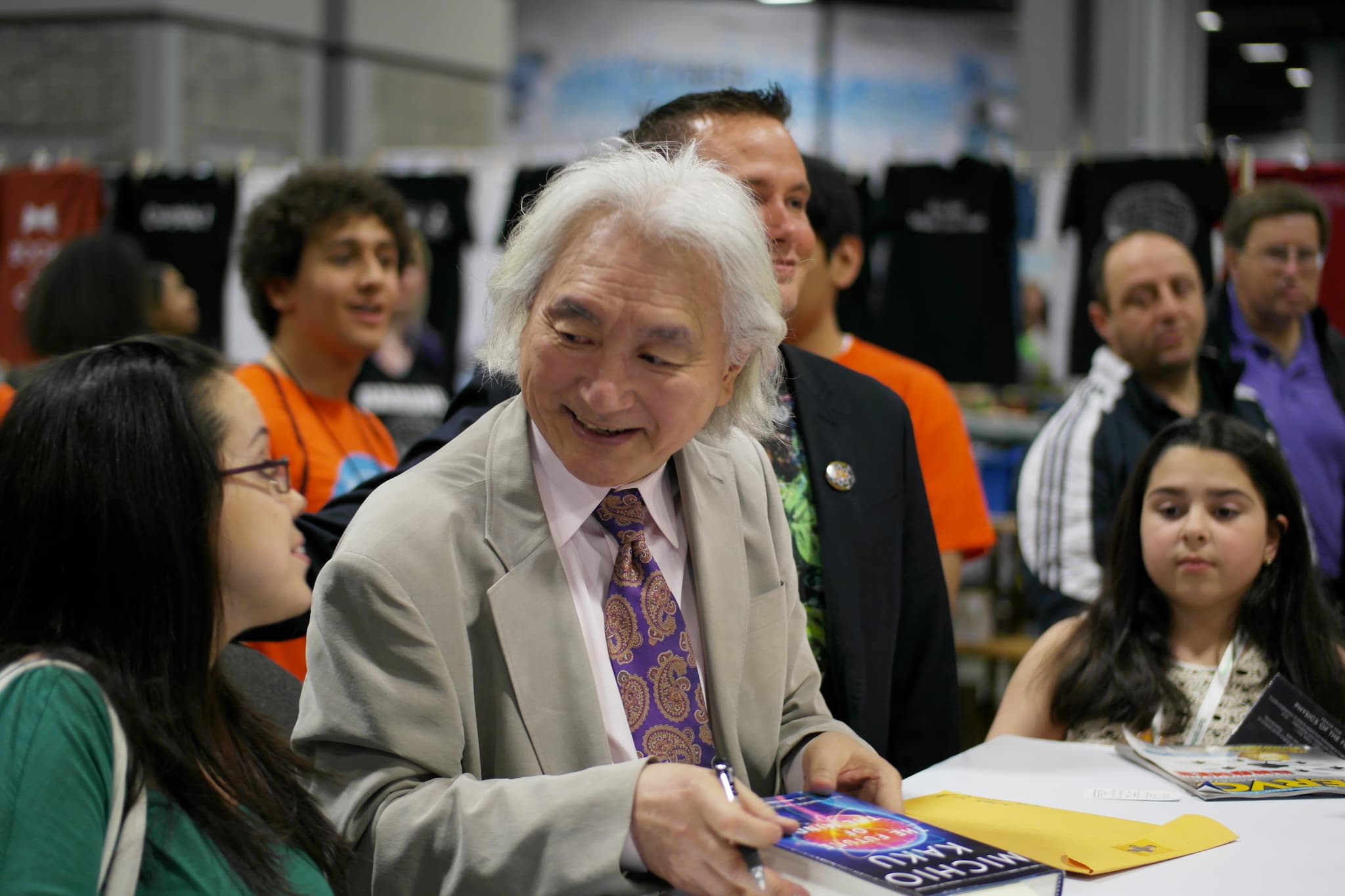 Take a Look Into the Future

Dr. Michio Kaku is a theoretical physicist, futurist, and popular science communicator. He's also the author of "Physics of the Impossible," has hosted radio programs and television specials on the BBC, the Discovery Channel, the History Channel, and the Science Channel, and most notably, is a co-founder of string field theory (a branch of string theory).

While he also does speaking engagements, many who are familiar with Kaku's work have the internet to thank. He's a frequent face on the Big Think YouTube channel and uses social media to bring the complex web of physics to the public in an educational and entertaining way.

While Kaku does not have a time machine, his understanding of physics and our place in the universe has given him a unique perspective on our past, present, and ultimately, our future. To the latter point, he's had plenty of interesting things to say. Here are some of Kaku's predictions about the future.

In December of 2016, Kaku made several predictions about the future, projecting five, 10, and even as far as 20 years ahead. His predictions and statements are derived both from his knowledge as a physicist and his interest in studying what might, or could, be.

Dr. Kaku kicked off 2017 by reminding everyone about the importance of science to human prosperity, as well as the integral role simple curiosity plays in scientific advancement. This sentiment echoes the idea that many brilliant ideas begin because our curiosities have been piqued. As a result, we ask a question and in our attempts to answer it, make discoveries along the way.

As part of the National Geographic series Year Million, Kaku explored what human life might look like one million years from now. The series showcases the expertise and opinions of scientists, science fiction writers, futurists, and scholars. Together with these experts, Dr. Kaku images what might be in Year Million - that is, if humans survive that long.

As a theoretical physicist, Dr. Kaku used the groundbreaking observation of gravitational waves to explore the future of astronomy.

Dr. Kaku has, at times, even questioned reality. Last year he wove physics observations and theories into a discussion about not only where we stand as humans in the universe, but what might we define as reality going forward.

Dr. Kaku's predictions aren't always theoretical, though. Last spring he used the instance of a nearby asteroid to discuss the possibility of asteroids greatly impacting life on Earth in the future.

More recently, Kaku made predictions about when we'll confirm the existence of extraterrestrial life. His statements were in reference to a New York Times piece about a top-secret UFO program at the Pentagon. Kaku predicted we may not discover extraterrestrial life when or where we expect to, and that in such strange circumstances, it will be essential to keep an open mind. A sentiment that's surely true for all areas of science.

From the potential destruction of Earth by an asteroid to the possibility of finally connecting with extraterrestrial life, Kaku's predictions aren't as wild as they may seem at first. They're based on hard science and the most recent observations and understandings we have about our universe.

Kaku, nor anyone, can predict the future certainly. The best that he, or any of us, can do is take current information about science, the universe, and humanity, and figure out how all of these variables interact. Then, we can imagine a well-informed and comprehensive prediction about the future.

There is one thing Kaku is sure about, however: that climate change is a real threat to life on Earth, not just in terms of our future, but today. And that we can take action right now to make sure we reach that future, whatever it may hold.

Read This Next
When it Melts, it Floods
Why Sea Levels Along The US East Coast Are Rising at Different Rates
Futurism
A Crypto-Trading, Floating Island Nation Promises Utopia, If It Happens
Futurism
Predators That Used To Be Threatened Are Expanding Back Into Their Old Habitats
Futurism
To Protect Endangered Coral Reefs, Researchers Need Legal Recourse
Futurism
Physicist Michio Kaku Has Some Powerful Predictions for the Future
More on Future Society
I Silence Thee
Jan 28 on futurism
Leaked Messages Seem to Show Elon Musk Using Twitter to Punish His Enemies
Gas Giant
Jan 27 on the byte
Journalist Eats Lab-Grown Chicken, Gets "Weirdly Gassy"
Musk Rats
Jan 26 on the byte
Twitter Is Quietly Re-Suspending the Lunatics Elon Musk Let Back On
READ MORE STORIES ABOUT / Future Society
Keep up.
Subscribe to our daily newsletter to keep in touch with the subjects shaping our future.
+Social+Newsletter
TopicsAbout UsContact Us
Copyright ©, Camden Media Inc All Rights Reserved. See our User Agreement, Privacy Policy and Data Use Policy. The material on this site may not be reproduced, distributed, transmitted, cached or otherwise used, except with prior written permission of Futurism. Articles may contain affiliate links which enable us to share in the revenue of any purchases made.
Fonts by Typekit and Monotype.