"Green New Deal" Calls for a Zero-Emission America by 2030

AOC is calling for an ultra-ambitious national effort. Will Americans rally? 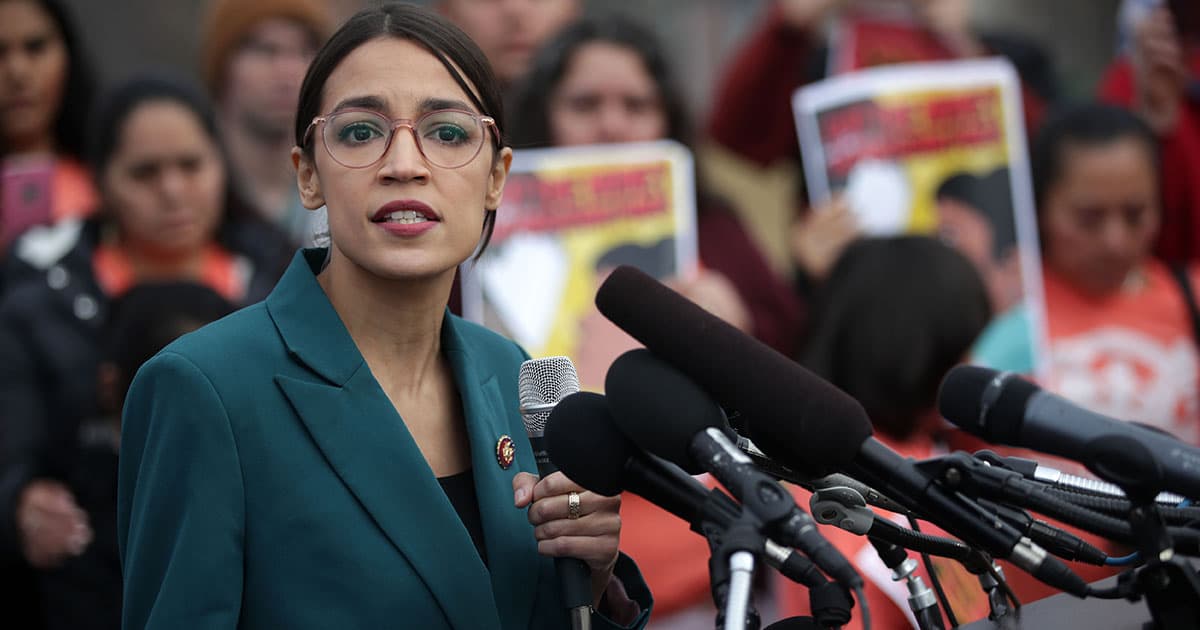 The Green New Deal, the ambitious climate-change prevention overhaul of the U.S. economy introduced by Representative Alexandria Ocasio-Cortez and Senator Ed Markey, made its way to the internet on Thursday.

The Green New Deal (GND), which is not a bill in itself but rather a resolution for the government to craft new laws promoting clean energy, was published online along with an FAQ sheet that highlights some of the proposal’s broad strokes. Particularly striking: an ambitious call for America achieve net-zero greenhouse gas emissions by 2030.

The GND calls for a nationwide effort to embrace renewable energy, stop burning fossil fuels, retrofit buildings to be eco-friendly, and invest in reforestation to provide the world with carbon sinks. It also includes plans to provide education and job training to those in the areas and lines of work most impacted by climate change.

In short, the Green New Deal involves overhauling the U.S. economy in a drastic push to end the country’s massive contribution to global climate change.

Some of the Green New Deal’s goals may be more ambitious than practical, like the part about planting enough trees to suck up the carbon from extant emissions or the proposal to develop a high-speed railway to replace the bulk of U.S. air travel.

As a result, some have called into question how feasible these goals may be. The GND, as it currently stands, lacks the specific, actionable proposals necessary to accomplish its goals in such a short amount of time.

But it is the most ambitious push for progressive, environment-saving policy to hit the mainstream — and enjoys a great deal of public support in a nation with leadership that’s reluctant to address damage caused by our changing climate. The nuts and bolts can come later.

Read This Next
Unreliable Friends
Archipelagic Nation Sick of Other Countries Breaking Climate Change Promises
The Kids Won't Be Alright
Elon Musk Warns That Humankind Will "End Up in Adult Diapers"
Circle of Life
Hooray! The Great Pacific Garbage Patch Has Become a Thriving Ecosystem, Scientists Say
Bad Spill
Scientist Warns That a Huge Tanker Is Probably Going to Spill a Million Barrels of Oil Into the Ocean
Life on Earth
Astrobiologists Suggest the Earth Itself May Be an Intelligent Entity
More on Earth & Energy
Fire Bird
Yesterday on the byte
Experts Say Birds Are Catching on Fire on Power Lines and Starting Wildfires
Three Cheers
Yesterday on the byte
Happy BBQ Season! There's Beer Made From Toilet Water Now
More and More
Thursday on the byte
Oh Great, Gas AND Solar Prices Are Going Up
READ MORE STORIES ABOUT / Earth & Energy
Keep up.
Subscribe to our daily newsletter to keep in touch with the subjects shaping our future.
+Social+Newsletter
TopicsAbout UsContact Us
Copyright ©, Camden Media Inc All Rights Reserved. See our User Agreement, Privacy Policy and Data Use Policy. The material on this site may not be reproduced, distributed, transmitted, cached or otherwise used, except with prior written permission of Futurism. Fonts by Typekit and Monotype.