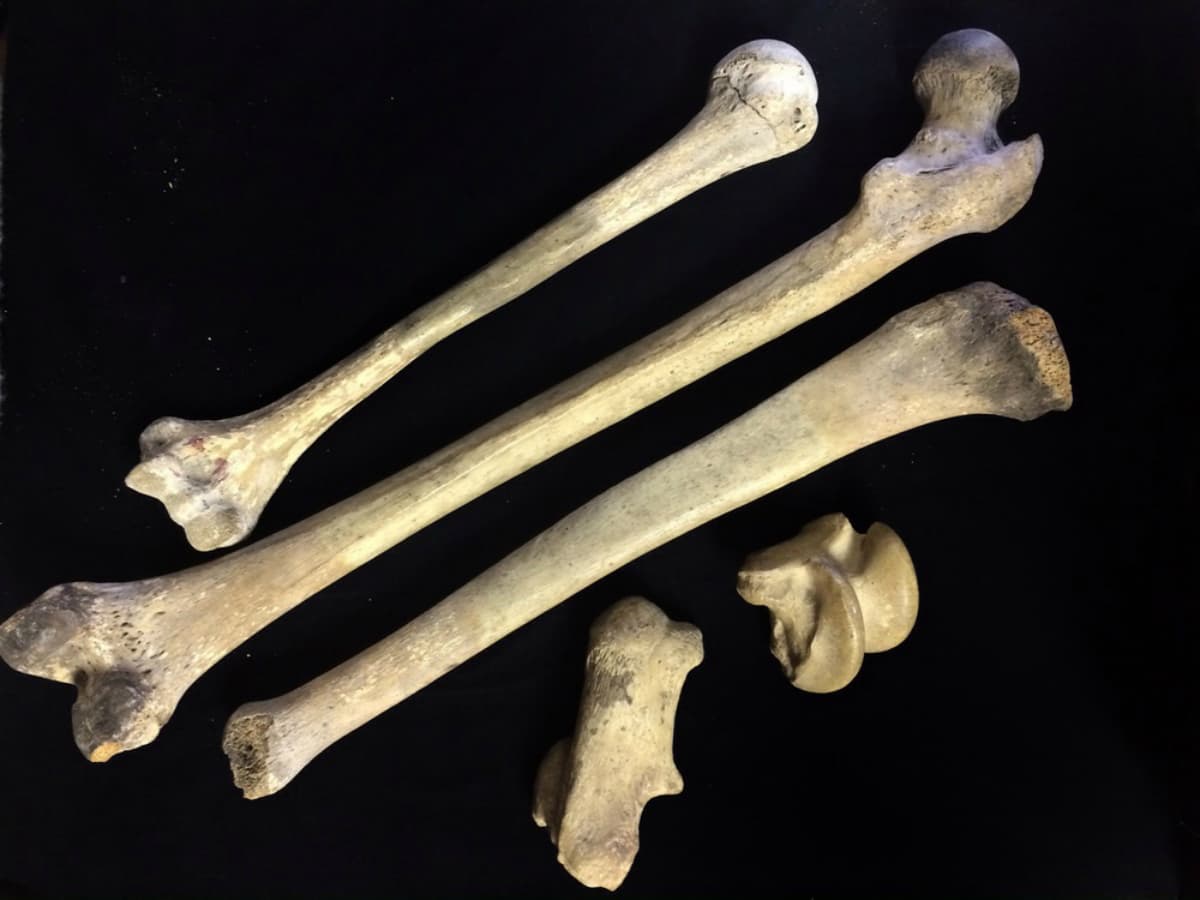 No Bones About It

Scientists at the Isis facility in Oxfordshire have discovered new technology aimed at aiding archeologists and forensic scientists. The technology hopes to return bones altered by high temperatures to their original dimension using neutron beams, making it easier to study bone samples altered by heat and determine the age, sex, and true size of the creature in question.

Neutrons are useful to this study because it allows scientists to see things that other light beams and sources do not allow. Following precise measurements on how neutrons scatter after it hits a bone sample, researchers are now able to build an image of how atoms were originally arranged in the sample.

While still in the early stages of study, scientists behind the research are optimistic about the potential it presents for various scientific disciplines.

Currently, the team is in the process of analyzing the data gathered from the experiments, which included powdered human bones provided by the University of Coimbra, specifically for this research.

As Professor Phil Manning from the University of Manchester notes-- "It's an astoundingly valuable contribution. I think the application of this might stretch beyond the archaeological record, even into the palaeontological record…This technique, if it can show the variation in the crystal lattice of the bone, and how it changes as a function of being burned... will have huge implications for our understanding of burial environments in the past. And maybe from other, less savoury events in our more recent past where human remains have been altered through various processes."

Read This Next
Hidden Hominids
Scientist Says There May Be a Species of Hobbit-Like Humanoids Hiding on an Island
Broken Egg
Archeologists Discover 1000-Year-Old Egg, Accidentally Break It
Futurism
Human "Body Farms" Can Lead to Breakthroughs in Forensic Science
Futurism
A Strange Creature Discovered by Darwin Has Baffled Researchers for Decades
Futurism
Scientists Can Now Extract Ancient Human DNA From 240,000-Year-Old Dirt
More on Hard Science
Tractor Beam
Jan 26 on the byte
Scientists Build Working Tractor Beam, Although It's Comically Tiny
Having a Blast
Jan 18 on the byte
New Study Shows Where You Should Hide to Survive a Nuclear Attack
Offworld Amino
Jan 15 on the byte
Scientists Find Building Blocks of Life in Meteor That Smashed Into Family's Driveway
READ MORE STORIES ABOUT / Hard Science
Keep up.
Subscribe to our daily newsletter to keep in touch with the subjects shaping our future.
+Social+Newsletter
TopicsAbout UsContact Us
Copyright ©, Camden Media Inc All Rights Reserved. See our User Agreement, Privacy Policy and Data Use Policy. The material on this site may not be reproduced, distributed, transmitted, cached or otherwise used, except with prior written permission of Futurism. Articles may contain affiliate links which enable us to share in the revenue of any purchases made.
Fonts by Typekit and Monotype.