A Strange Creature Discovered by Darwin Has Baffled Researchers for Decades

Darwin thought it was related to llamas. 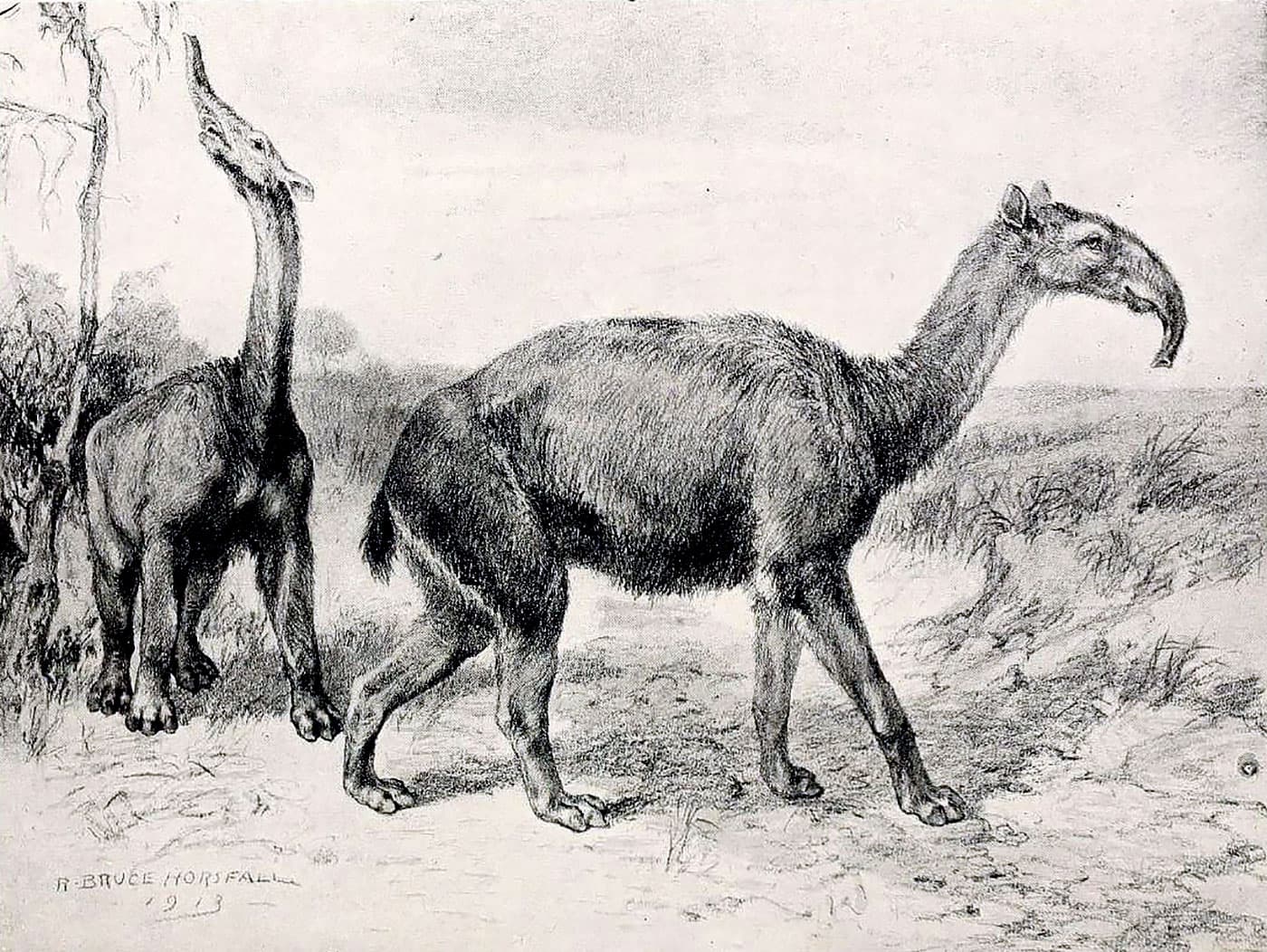 Charles Darwin discovered the bones of Macrauchenia, which went extinct toward the end of the Ice Age, in 1838 while digging in Patagonia. To him they seemed to belong to a kind of prehistoric llama. The remains were analyzed later on by the top anatomist in the UK, Richard Owen, who named the mystery mammal Macrauchenia patachonica. Although Darwin was right that there were some similarities with the llama, Macrauchenia didn't appear to be a good fit with any existing group of mammals.

Counter-intuitively, the discovery of more fossils clouded the picture instead of clearing it up. Finding a nasal opening that signaled a trunk on the animal's face resembling a tapir's caused paleontologists to categorize Macrauchenia as a litoptern. This group of South American mammals arrived on Earth soon after the non-avian dinosaurs died out, and stayed until the end of the Pleistocene period. Perhaps the strangest thing about this group was that they superficially resembled animals found elsewhere in the world — such as elephants and horses — but evolved independently in South America.

However, of all of the mysterious factors surrounding Macrauchenia's identity, the strangest was that attempting to trace the animal's origins through the bones — a process that was usually successful for paleontologists — wasn't working. The relative isolation of South America, much like that of the Galapagos Islands, allowed evolution to create mammals that were confounding to scientists.

Read This Next
Hidden Hominids
Scientist Says There May Be a Species of Hobbit-Like Humanoids Hiding on an Island
Smart Swine
Pigs Caught Using Tools in First-of-Its-Kind Video
Darwin Award
New Research Adds Another Branch to the Evolutionary Tree of Life
Futurism
Lab-Grown Neanderthal Minibrains Reveal How They're Different From Humans'
Futurism
Scientists Find New Evidence That Life Could Have Begun In Space
More on Hard Science
Warped Tour
Feb 2 on futurism
Professor Believes Door to Warp Drive May Lie With Ethylene Glycol
Sky Bursts
Feb 2 on the byte
Astronomers Intrigued by 25 Mysterious Repeating Radio Signals From Deep Space
Tractor Beam
Jan 26 on the byte
Scientists Build Working Tractor Beam, Although It's Comically Tiny
READ MORE STORIES ABOUT / Hard Science
Keep up.
Subscribe to our daily newsletter to keep in touch with the subjects shaping our future.
+Social+Newsletter
TopicsAbout UsContact Us
Copyright ©, Camden Media Inc All Rights Reserved. See our User Agreement, Privacy Policy and Data Use Policy. The material on this site may not be reproduced, distributed, transmitted, cached or otherwise used, except with prior written permission of Futurism. Articles may contain affiliate links which enable us to share in the revenue of any purchases made.
Fonts by Typekit and Monotype.