New Research Adds Another Branch to the Evolutionary Tree of Life

A tiny microbe has found its true home. 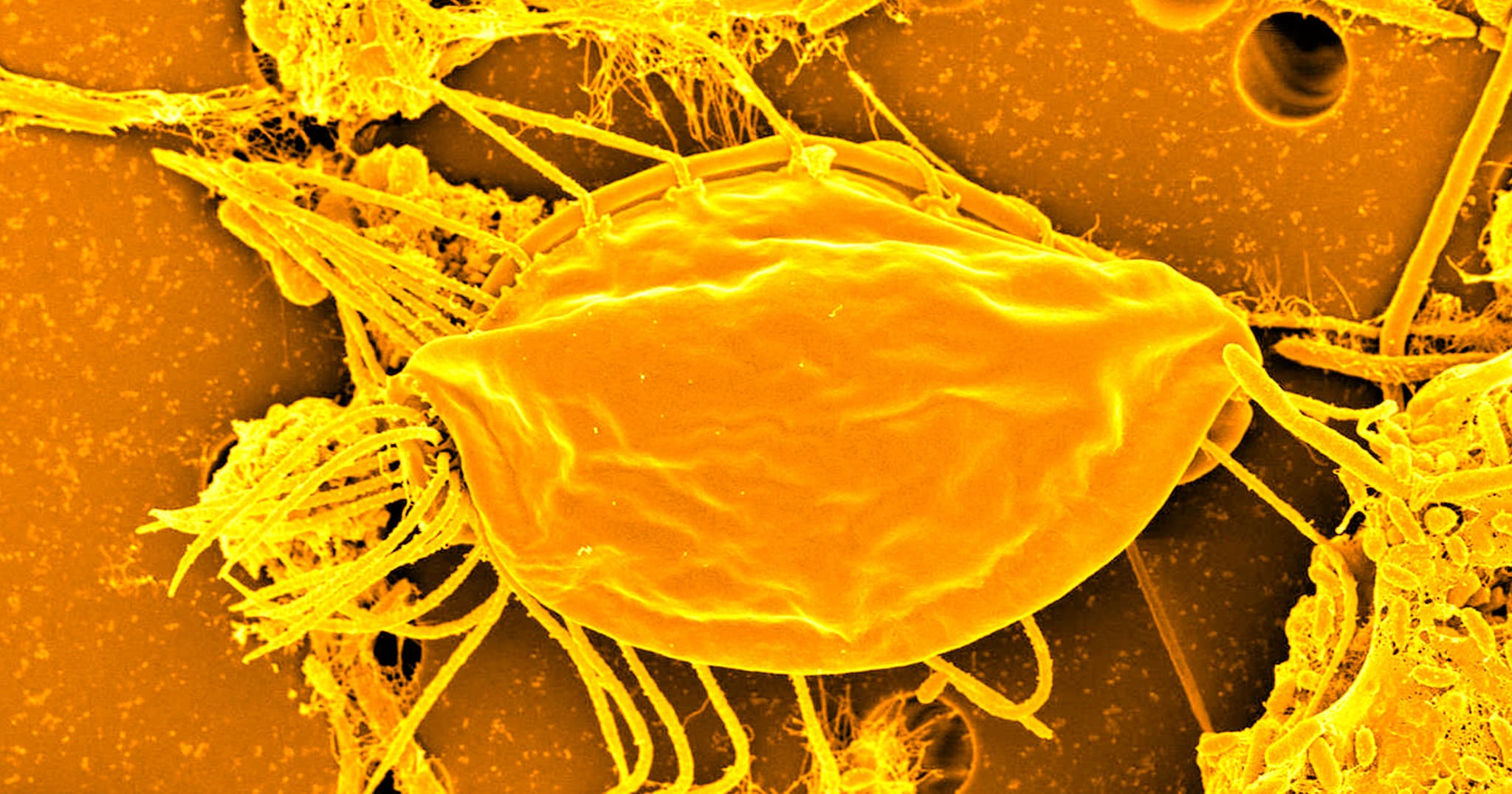 The Tree of Life is a metaphor established by Charles Darwin to give some perspective to evolution. Every living organism on Earth has a home somewhere on the Tree, and by looking at it, we can see how species relate to one another.

While we've known about a type of microbe called hemimastigotes since the 1800s, it turns out we were totally wrong about where they fit on the Tree of Life — because they didn't fit on any of the existing branches.

Home of Its Own

In a study published Wednesday in the journal Nature, researchers from Dalhousie University detail their discovery that hemimastigotes are so unlike anything else in the Tree of Life, they require the creation of a brand-new branch.

"It was clear from our analyses that hemimastigotes didn’t belong to any known kingdom-level group, or even to a known 'super-group' of several kingdoms together, like the one that includes both animals and fungi," researcher Alastair Simpson said in a news release.

"This one little collection of organisms is a whole new group at that level, all on its own," she continued. "It’s a branch of the Tree of Life that has been separate for a very long time, perhaps more than a billion years, and we had no information on it whatsoever."

The Dalhousie team was only able to reach this conclusion thanks to an advanced genetic analysis technique that wasn't available when scientists first discovered hemimastigotes.

"That such a distinct form of life could be hiding literally under our feet," Simpson said in the press release, "is a sharp reminder about how little we still know about the diversity of life on Earth."

And as our technologies advance even further, there's no telling what else we might discover — or how many other branches we might add to the Tree of Life.

Read This Next
Hidden Hominids
Scientist Says There May Be a Species of Hobbit-Like Humanoids Hiding on an Island
Brands We Love
There's a Biohazard in Your Bedroom. But These Bacteria-Resistant Bed Sheets Can Help.
Brands We Love
Your Bed Sheets Are Brimming With Bacteria. But This Specially Designed Bedding Can Help.
Brands We Love
Your Bed Is a Disgusting Bacteria Buffet, but These High-Tech Bed Sheets Can Help
Smart Swine
Pigs Caught Using Tools in First-of-Its-Kind Video
More on Hard Science
Warped Tour
Feb 2 on futurism
Professor Believes Door to Warp Drive May Lie With Ethylene Glycol
Sky Bursts
Feb 2 on the byte
Astronomers Intrigued by 25 Mysterious Repeating Radio Signals From Deep Space
Tractor Beam
Jan 26 on the byte
Scientists Build Working Tractor Beam, Although It's Comically Tiny
READ MORE STORIES ABOUT / Hard Science
Keep up.
Subscribe to our daily newsletter to keep in touch with the subjects shaping our future.
+Social+Newsletter
TopicsAbout UsContact Us
Copyright ©, Camden Media Inc All Rights Reserved. See our User Agreement, Privacy Policy and Data Use Policy. The material on this site may not be reproduced, distributed, transmitted, cached or otherwise used, except with prior written permission of Futurism. Articles may contain affiliate links which enable us to share in the revenue of any purchases made.
Fonts by Typekit and Monotype.