New Research May Explain the Origin of Complex Life on Earth

“Life was a chance event, there is no doubt about that.” 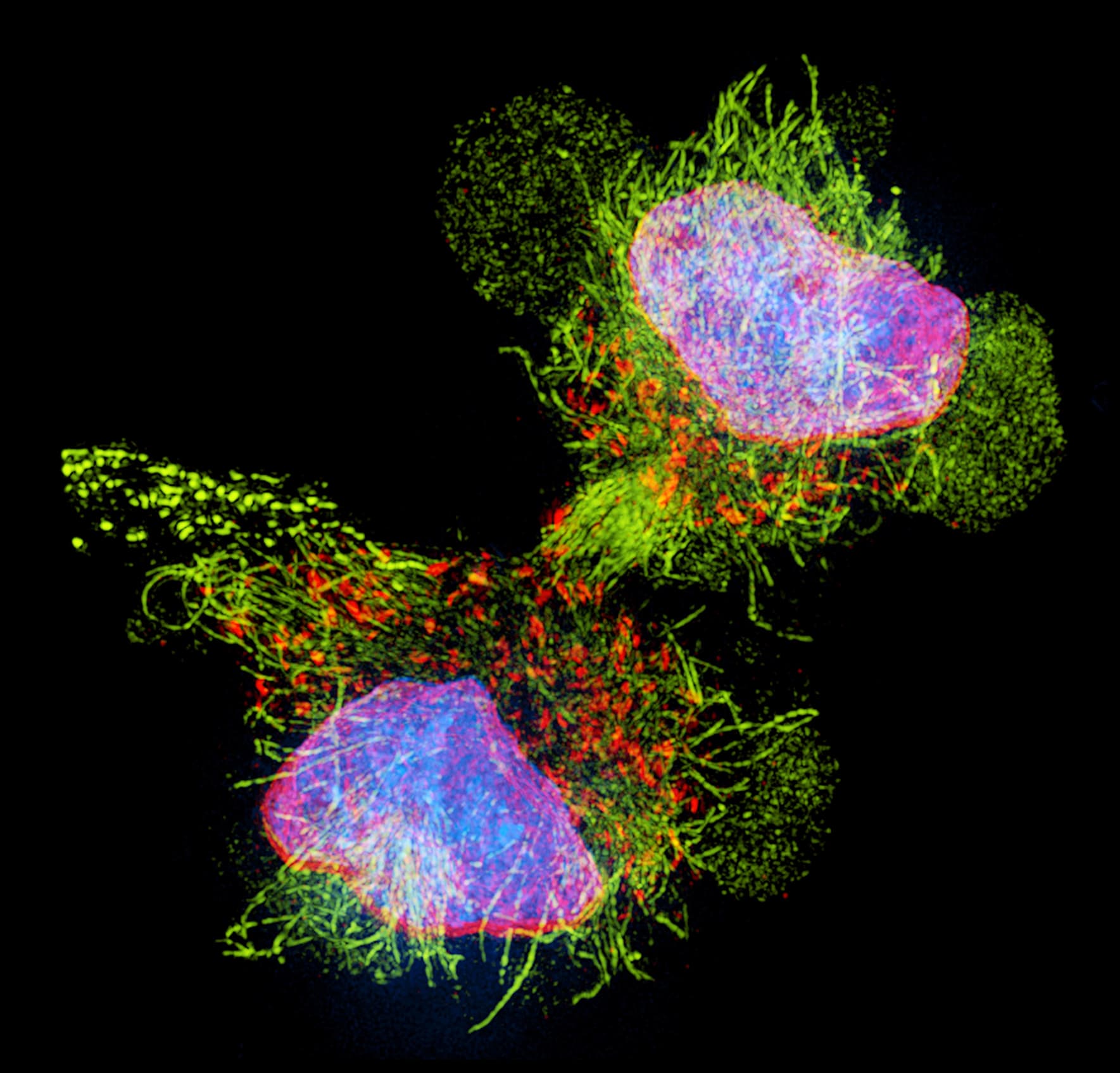 Life remains one of the greatest and most beautiful mysteries of the universe. For one, it continues to baffle scientists that we only seem to have found life here on Earth and nowhere else in the vast expanse of space. For the time being, at least. The origins of life itself, from the simple to the complex, is a story of scientific wonder — one that is still being written today.

In a recent study published in the journal Royal Society Open Science, researchers from the Evolutionary Studies Institute at the University of the Witwaterstrand (Wits University), Johannesburg in South Africa discussed a discovery regarding how complex life evolved on Earth. "Life was a chance event, there is no doubt about that," researcher Pierre Durand from the Evolution of Complexity Laboratory said in a press release.

This chance event Durand was referring to was that small strands of molecules linked up to form larger molecules capable of self-replication. Through a chemical reaction called ligation, simple RNA molecules join with other RNA molecules thanks to an enzyme they possessed. Supposedly, RNAs randomly connected with each other and replicated, thereby jump starting the process of life. "Molecular trade-offs in RNA ligases affected the modular emergence of complex ribozymes at the origin of life," Durrand explained.

In their research, Durrand and his colleagues successfully demonstrated how it's possible for small, non-living molecules to become larger molecules capable of reproducing themselves. This is a crucial step in a series of many that made it possible for life to evolve over a long period of time. “Something needed to happen for these small molecules to interact and form longer, more complex molecules and that happened completely by chance,” Durand added.

Even more surprising was how the smallest of these simple molecules (a 40-nucleotide RNA) was smaller than what the researchers expected. Nucleotides are the building blocks of nucleic acids, which in turn make up RNA and DNA. "The small molecules are very promiscuous and can join other pieces to themselves," Durrand explained. "What was interesting was that these smaller molecules were smaller than we had originally thought."

Read This Next
Hidden Hominids
Scientist Says There May Be a Species of Hobbit-Like Humanoids Hiding on an Island
Smart Swine
Pigs Caught Using Tools in First-of-Its-Kind Video
Darwin Award
New Research Adds Another Branch to the Evolutionary Tree of Life
Futurism
Lab-Grown Neanderthal Minibrains Reveal How They're Different From Humans'
Futurism
Scientists Find New Evidence That Life Could Have Begun In Space
More on Hard Science
Tractor Beam
Thursday on the byte
Scientists Build Working Tractor Beam, Although It's Comically Tiny
Having a Blast
Jan 18 on the byte
New Study Shows Where You Should Hide to Survive a Nuclear Attack
Offworld Amino
Jan 15 on the byte
Scientists Find Building Blocks of Life in Meteor That Smashed Into Family's Driveway
READ MORE STORIES ABOUT / Hard Science
Keep up.
Subscribe to our daily newsletter to keep in touch with the subjects shaping our future.
+Social+Newsletter
TopicsAbout UsContact Us
Copyright ©, Camden Media Inc All Rights Reserved. See our User Agreement, Privacy Policy and Data Use Policy. The material on this site may not be reproduced, distributed, transmitted, cached or otherwise used, except with prior written permission of Futurism. Articles may contain affiliate links which enable us to share in the revenue of any purchases made.
Fonts by Typekit and Monotype.