Scientists Find New Evidence That Life Could Have Begun In Space

This could point to space as the place of origin for life on Earth. 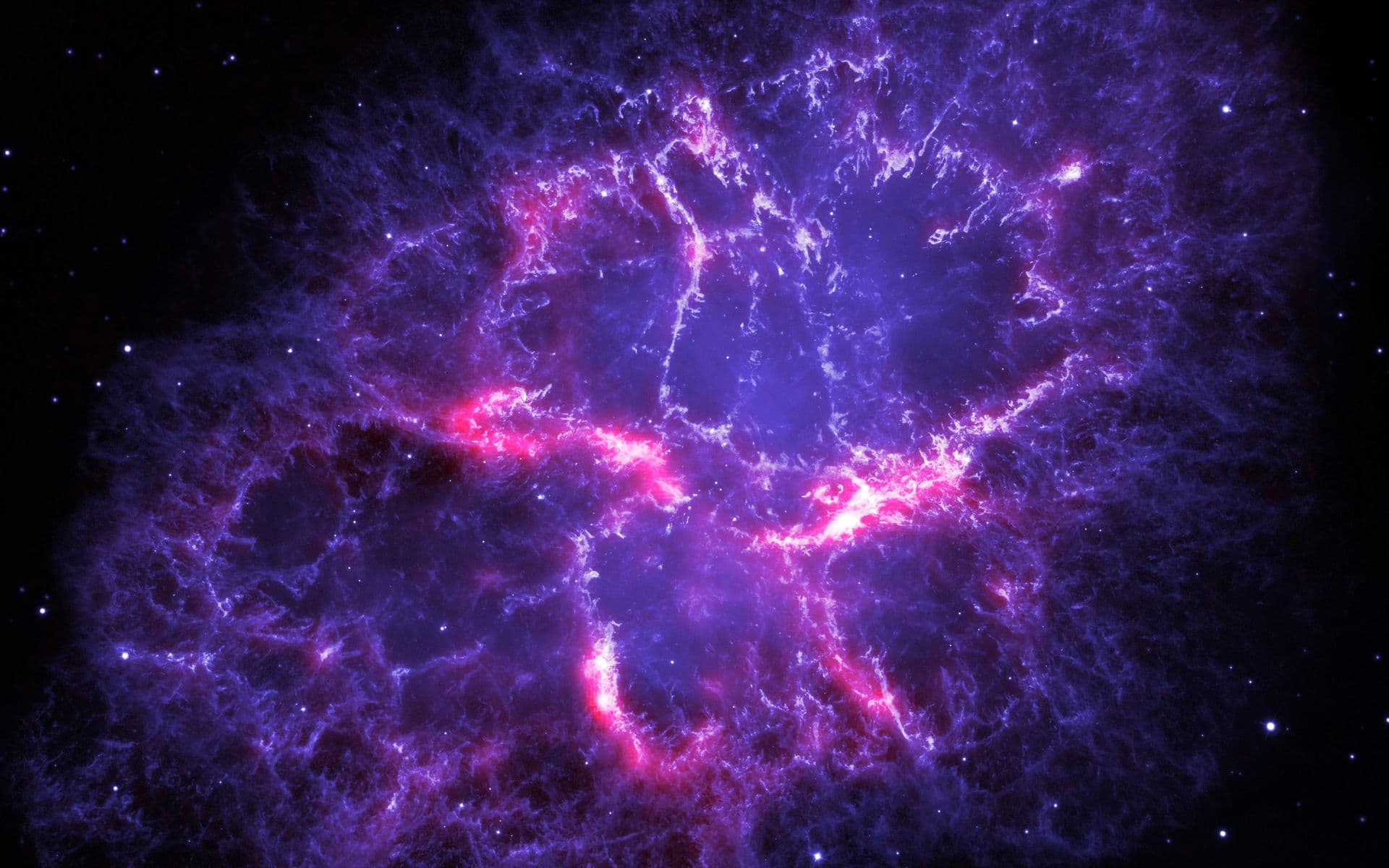 Researchers from the University of Sherbrooke in Quebec, Canada just produced more evidence that life could have begun in space. The research team showed that some organic molecules that form the building blocks of life could develop in icy films subjected to radiation within a vacuum, opening the possibility that life on this planet might actually be extraterrestrial in origin.

The research team created thin films of ice containing methane and/or oxygen and irradiated them with electron beams. The study was conducted in vacuum conditions, mimicking the high-vacuum conditions of space, which opened doors for specialized analysis techniques.

The frozen films were bombarded with secondary electrons, known as low-energy electrons (LEEs). These electrons are produced when matter is hit by high-energy radiation, like the ultraviolet light, cosmic rays, and other charged particles that fly through space. LEEs themselves have enough energy to spur further chemical reactions.

The Sherbrooke experiments were designed to see how these LEEs interacted with the icy films.

According to the study, published in the Journal of Chemical Physics, the group found both direct and indirect evidence in the ice for a number of organic molecules. Propylene, ethane and acetylene developed in films of frozen methane, while ethanol developed in irradiated frozen methane and oxygen. The team also found indirect evidence for small organic molecules like acetic acid, formaldehyde, and methanol — all of which are potential building blocks for life.

Science has not yet proven the exact origins of life as we know it here on Earth. We're not even sure if life began forming here on Earth, or if it started elsewhere in the universe and simply managed to flourish on this planet.

The experiment does not prove that life began in space, yet it does provide evidence that that building blocks of life could have come from space. The conditions produced in the experiment are easily found in outer space on objects like comets, asteroids, and even moons. Organic molecules formed on a comet could have made their way onto Earth and then begun the journey toward evolving into complex life.

This development shines more light on the potential origins of life on Earth and could also help give insight into how to look for life elsewhere in the universe. If similar conditions were achieved on other space rocks, these same building blocks of life may have found their way to other places in the universe.

Read This Next
Hidden Hominids
Scientist Says There May Be a Species of Hobbit-Like Humanoids Hiding on an Island
Science is Hard
Extremely Dubious Scientist Believes There's Mushrooms and Lichen on Mars
Space Munchies
Organism That Eats Meteorites Could Help Us Find Alien Life
Smart Swine
Pigs Caught Using Tools in First-of-Its-Kind Video
Short List
Astronomers Just Drastically Narrowed the Search for Alien Life
More on Hard Science
Tractor Beam
Jan 26 on the byte
Scientists Build Working Tractor Beam, Although It's Comically Tiny
Having a Blast
Jan 18 on the byte
New Study Shows Where You Should Hide to Survive a Nuclear Attack
Offworld Amino
Jan 15 on the byte
Scientists Find Building Blocks of Life in Meteor That Smashed Into Family's Driveway
READ MORE STORIES ABOUT / Hard Science
Keep up.
Subscribe to our daily newsletter to keep in touch with the subjects shaping our future.
+Social+Newsletter
TopicsAbout UsContact Us
Copyright ©, Camden Media Inc All Rights Reserved. See our User Agreement, Privacy Policy and Data Use Policy. The material on this site may not be reproduced, distributed, transmitted, cached or otherwise used, except with prior written permission of Futurism. Articles may contain affiliate links which enable us to share in the revenue of any purchases made.
Fonts by Typekit and Monotype.