"These include reports of sightings by more than 30 eyewitnesses..." 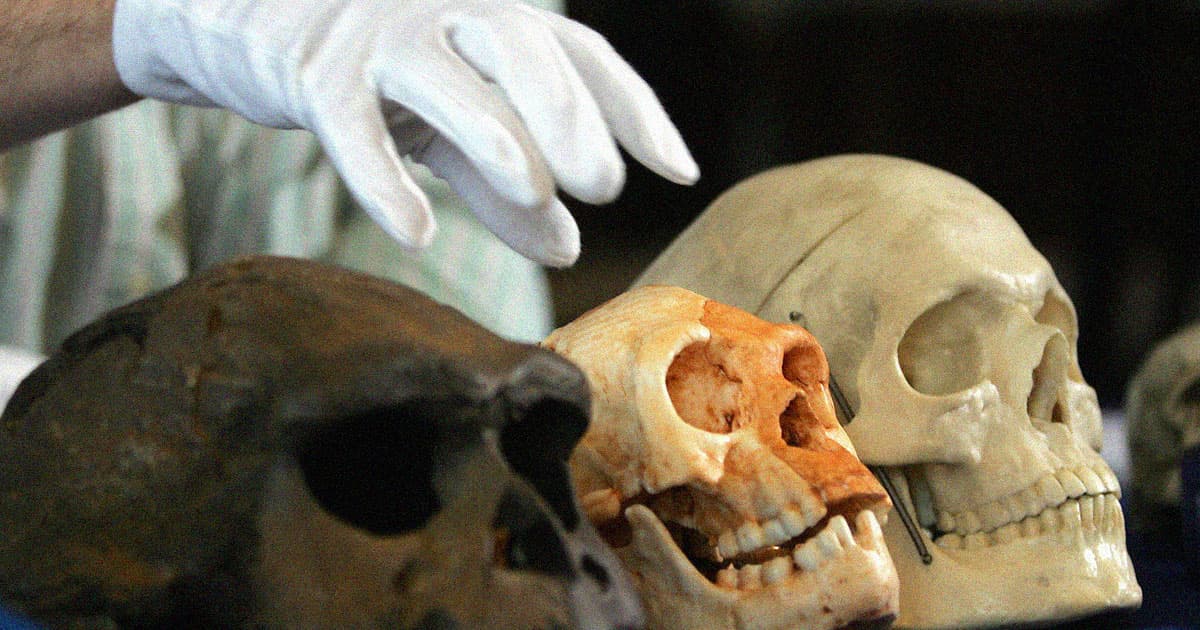 It's been nearly 20 years since the bones of a Hobbit-like humanoid species were found on the Indonesian island of Flores — and according to one researcher, there may be more than ancient bones.

In an essay for The Scientist magazine, retired ethnobiologist Gregory Forth describes why he believes Homo floresiensis, as they were called by the famous late anthropologist Mike Morwood when he found the Pleistocene-era bones on Flores in 2004, may still be alive and well in the forests of the island.

Morwood's discovery of H. floresiensis rocked the scientific world when he first reported his findings. In Forth's words, it was "tantamount to the discovery of a space alien." This humanoid species, dubbed "the Hobbit" by pop culture, was presumed to be extinct — but as Forth details in his forthcoming book "Between Ape and Human," a local tribe called the Lio have described encounters with a diminutive creature which he believes may be one and the same as H. floresiensis.

"My aim in writing the book was to find the best explanation — that is, the most rational and empirically best supported — of Lio accounts of the creatures," Forth wrote. "These include reports of sightings by more than 30 eyewitnesses, all of whom I spoke with directly. And I conclude that the best way to explain what they told me is that a non-sapiens hominin has survived on Flores to the present or very recent times."

The enthnobiologist describes how in Lio mythology, humans can transform into other species as part of "moving into new environments and adopting new ways of life" — a myth, according to his description of his fieldwork, which could suggest a connection between humans and their H. floresiensis ancestors.

Though he leaves the physiological details of this purportedly uncontacted humanoid species to be read in his book, Forth does note that the Lio people find "the ape-man’s appearance as something incompletely human" which, by his estimation, is "problematic and disturbing" to this indigenous group.

He also stumbles onto an indictment of anthropology as a whole, which many critics have rightfully called out for its imperialist history of racist harm.

"Paleontologists and other life scientists would do well to incorporate such Indigenous knowledge into continuing investigations of hominin evolution in Indonesia and elsewhere," Forth wrote in The Scientist.

The researcher may not yet have a smoking gun, but his assessment of his field is spot on.

READ MORE: Opinion: Another Species of Hominin May Still Be Alive [The Scientist]

Read This Next
Smart Swine
Pigs Caught Using Tools in First-of-Its-Kind Video
Darwin Award
New Research Adds Another Branch to the Evolutionary Tree of Life
Futurism
Lab-Grown Neanderthal Minibrains Reveal How They're Different From Humans'
Futurism
Scientists Find New Evidence That Life Could Have Begun In Space
Futurism
It Is Impossible to Predict How Humans Will Evolve
More on Hard Science
Warped Tour
Thursday on futurism
Professor Believes Door to Warp Drive May Lie With Ethylene Glycol
Sky Bursts
Thursday on the byte
Astronomers Intrigued by 25 Mysterious Repeating Radio Signals From Deep Space
Tractor Beam
Jan 26 on the byte
Scientists Build Working Tractor Beam, Although It's Comically Tiny
READ MORE STORIES ABOUT / Hard Science
Keep up.
Subscribe to our daily newsletter to keep in touch with the subjects shaping our future.
+Social+Newsletter
TopicsAbout UsContact Us
Copyright ©, Camden Media Inc All Rights Reserved. See our User Agreement, Privacy Policy and Data Use Policy. The material on this site may not be reproduced, distributed, transmitted, cached or otherwise used, except with prior written permission of Futurism. Articles may contain affiliate links which enable us to share in the revenue of any purchases made.
Fonts by Typekit and Monotype.