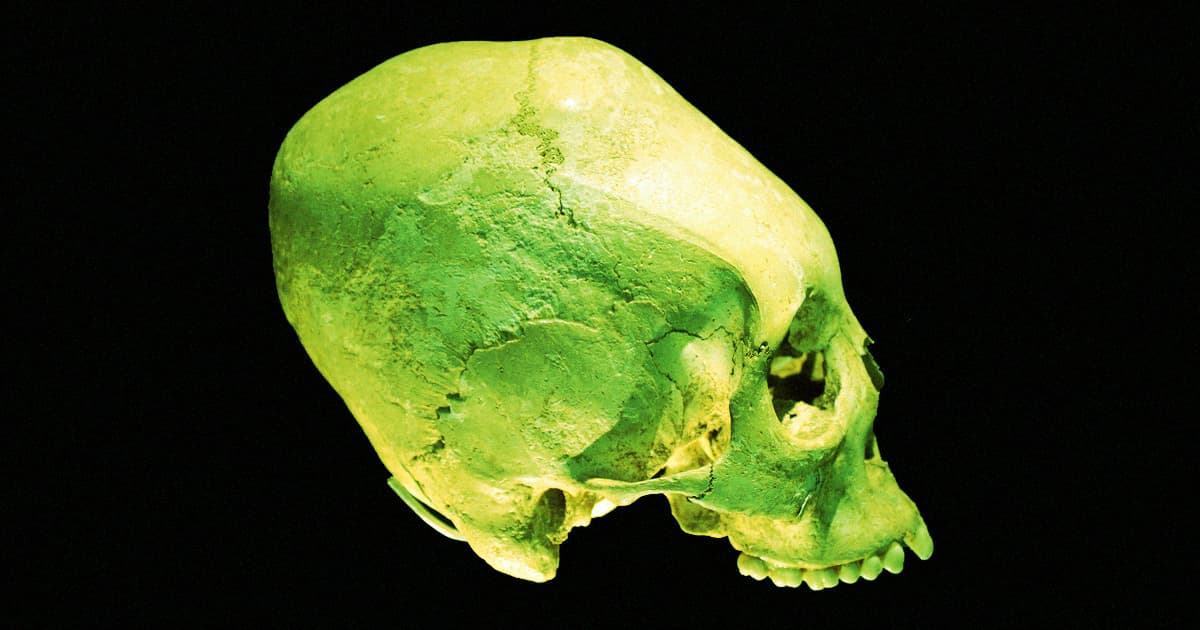 Nothing to see here, folks.

Nothing to see here, folks.

A viral Facebook post is claiming that strange-looking skulls found in Peru are evidence of alien life, USA Today reports.

But fortunately — or disappointingly, depending on your frame of reference — the skulls are almost certainly from plain-old human beings.

"The eye sockets are normal and perfectly within the range of human variation and look like eye sockets of other human skulls from Peru," University of Wyoming anthropology professor Melissa Murphy told the newspaper.

The skulls do indeed look unusual. A YouTube video shared alongside the viral Facebook post shows a variety of skulls with elongated crowns that are admittedly somewhat reminiscent of pop-culture aliens.

But the reality is distinctly terrestrial, Murphy told USA Today. Ancient people in what is now Peru, she said, had a long history of using binding techniques to coax human skulls into unusual shapes.

"Deliberate head shaping is a form of cultural modification of the body that marks different things, like one’s identity, a rite of passage, [or] an occupation," she told the paper.

More on skulls: Scientists Add Windows to Mice Skulls to Watch Their Brains

Broken Egg
Archeologists Discover 1000-Year-Old Egg, Accidentally Break It
6. 10. 21
Read More
Loeb Strikes Again
Harvard Astronomer Says We Should Hunt for Alien Probes
12. 22. 20
Read More
Phone Home
SETI Institute Admits That Proxima Centauri Signal Is Very Strange
12. 22. 20
Read More
+Social+Newsletter
TopicsAbout UsContact Us
Copyright ©, Camden Media Inc All Rights Reserved. See our User Agreement, Privacy Policy and Data Use Policy. The material on this site may not be reproduced, distributed, transmitted, cached or otherwise used, except with prior written permission of Futurism. Articles may contain affiliate links which enable us to share in the revenue of any purchases made.
Fonts by Typekit and Monotype.