They are a jaw-dropping half-billion years old. 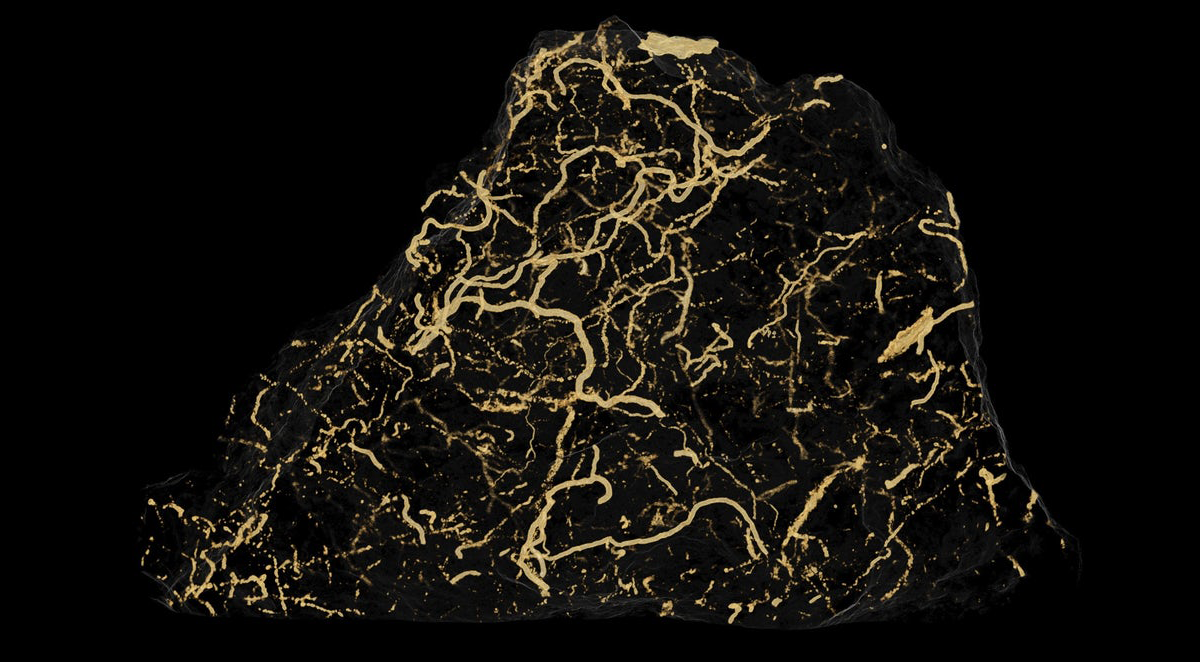 Image by University of Manchester

An international team of scientists, including paleontologists from the University of Manchester, have dug up what could be the fossils of the earliest complex life forms on Earth. In a study published in the journal Nature Ecology & Evolution, the researchers said they've uncovered a set of trace fossils — tracks and burrows left by organisms capable of movement — in sediments located in the Corumbá region of western Brazil.

"This is an especially exciting find due to the age of the rocks – these fossils are found in rock layers which actually pre-date the oldest fossils of complex animals – at least that is what all current fossil records would suggest," researcher Russell Garwood from Manchester's School of Earth and Environmental Sciences said in a press release.

While the fossils aren't exactly physical remains or body parts, the findings are still telling. These trace fossils date back some 541 million years ago, from a period of transition between the Ediacaran and Cambrian Periods. The latter is that moment in the Earth's biological history when complex life exploded. Plus, the burrows were actually just 50 to 600 micrometers or microns in diameter, suggesting that these early complex organisms were only about the size of a human hair strand.

"The evolutionary events during the Ediacaran–Cambrian transition are unparalleled in Earth history. That’s because current fossil records suggests that many animal groups alive today appeared in a really short time interval," Garwood explained.

Advances in modern technology have allowed us to do this. With the new study, for instance, the researchers used a process called X-ray microtomography to build 3D computer models of the trace fossils without damaging the original burrows. To ascertain the exact age of these creatures, the researchers used a DNA studies approach that traces an organism's evolution from a common ancestor called "molecular clock." Lead author Luke Parry from the University of Bristol said this makes their discovery important, as it "highlights an unexplored window for tracking animal evolution in deep time."

It would seem then that organisms capable of movement came about earlier than previously thought. Indeed, our understanding of how life came to be on Earth continues to evolve, as researchers find more evidence that suggests life could have originated on land and not just in the oceans, as well as fossils providing clues as to how complex life may have originated. Not only that, understanding the origins of complex life on Earth also better equips us to discover complex life beyond Earth.

"Our new fossils show that complex animals with muscle control were around approximately 550 million years ago, and they may have been overlooked previously because they are so tiny," Parry continued. "The fossils that we describe were made by quite complex animals that we call bilaterians. These are all animals that are more closely related to humans, rather than to simple creatures like jellyfish. Most fossils of bilaterian animals are younger, first appearing in the Cambrian period."

Read This Next
Hidden Hominids
Scientist Says There May Be a Species of Hobbit-Like Humanoids Hiding on an Island
Venus Smells Like Rotting Fish
Breaking: Researchers Discover Signs of Life on Venus
Smart Swine
Pigs Caught Using Tools in First-of-Its-Kind Video
Darwin Award
New Research Adds Another Branch to the Evolutionary Tree of Life
Futurism
Lab-Grown Neanderthal Minibrains Reveal How They're Different From Humans'
More on Hard Science
Tractor Beam
Thursday on the byte
Scientists Build Working Tractor Beam, Although It's Comically Tiny
Having a Blast
Jan 18 on the byte
New Study Shows Where You Should Hide to Survive a Nuclear Attack
Offworld Amino
Jan 15 on the byte
Scientists Find Building Blocks of Life in Meteor That Smashed Into Family's Driveway
READ MORE STORIES ABOUT / Hard Science
Keep up.
Subscribe to our daily newsletter to keep in touch with the subjects shaping our future.
+Social+Newsletter
TopicsAbout UsContact Us
Copyright ©, Camden Media Inc All Rights Reserved. See our User Agreement, Privacy Policy and Data Use Policy. The material on this site may not be reproduced, distributed, transmitted, cached or otherwise used, except with prior written permission of Futurism. Articles may contain affiliate links which enable us to share in the revenue of any purchases made.
Fonts by Typekit and Monotype.