Parallel Universes and the Many-Worlds Theory 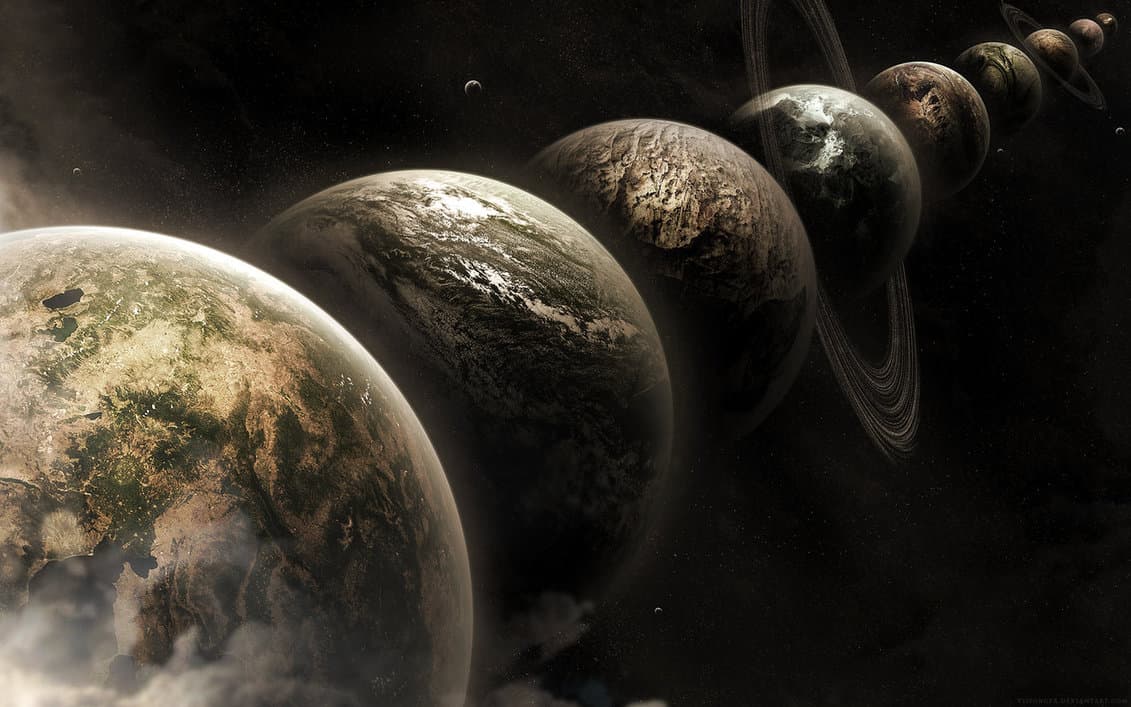 Are you unique? In your perception of the world, the answer is simple: you are different than every other person on this planet. But is our universe unique?

The concept of multiple realities — or parallel universes — complicates this answer and challenges what we know about the world and ourselves. One model of potential multiple universes, called the Many-Worlds Theory, might sound so bizarre and unrealistic that it should be in science fiction movies and not in real life. However, there is no experiment that can irrefutably discredit its validity.

The origin of the parallel universe conjecture is closely connected with introduction of the idea of quantum mechanics in the early 1900s. Quantum mechanics, a branch of physics that studies the infinitesimal world, predicts the behavior of nanoscopic objects. Physicists had difficulties fitting a mathematical model to the behavior of quantum matter because some matter exhibited signs of both particle-like and wave-like movements.

This theory of matter duality has been called the Heisenberg Uncertainty Principle (HUP), which states that the act of observation disturbs quantities like momentum and position. In relation to quantum mechanics, this observer effect can impact the form – particle or wave – of quantum objects during measurements.

To clarify, a classical physics analogy exists for this. "Consider a wave of a given frequency. Mathematically, that frequency is exactly defined for the ideal sinusoidal function, which extends infinitely forward and backward in time. A real world wave has a beginning and an end; if you apply a Fourier integral to it, you get a range of frequencies, centered on the ‘ideal’ frequency, which gets broader as the wave duration gets shorter (this is a physical, observable phenomenon). Ultimately, an instantaneous ‘wave’ has an infinite range of frequencies. Now replace the wave with a quantum particle, which has a frequency that is proportional to its energy: you find you cannot define (or measure) with arbitrary precision both its energy and instant of emission! This is the HUP (which is not only about speed vs position, but all sorts of ‘conjugate’ pairs of physical quantities)."

Future quantum theories, like Niels Bohr’s Copenhagen interpretation, use HUP to state that an observed object does not retain its dual nature and can only behave in one state.

Could this mean that the universe makes copies of itself to account for all the possibilities, and these duplicates will proceed independently? Every time a photon is measured, for instance, a scientist in one universe will analyze it in wave form and the same scientist in another universe will analyze it in particle form. Each of these universes offers a unique and independent reality that coexists with other parallel universes.

Taking a look at larger implications, if Everett’s Many-Worlds Theory (MWT) is true, it holds many ramifications that completely transform our perceptions on life. There could be an infinite number of parallel universes and infinite copies of each person.

The infinite number of alternate realities suggests that nobody can achieve unique accomplishments. Every person – or some version of that person in a parallel universe – has done or will do everything. Moreover, the MWT implies that everybody is immortal. Old age will no longer be a surefire killer, as some alternate realities could be so scientifically and technologically advanced that they have developed an anti-aging medicine. If you do die in one world, another version of you in another world will survive.

The most troubling implication of parallel universes is that your perception of the world is never absolute. Our “reality” at an exact moment in one parallel universe will be completely unlike that of another world; it is only a tiny figment of an infinite and absolute truth. You might believe you are reading this article at this instance, but there are many copies of you that are not reading. In fact, you are even the author of this article in some distant reality.

Some scientists, like Austrian mathematician Hans Moravec, have tried to debunk the possibility of parallel universes. Moravec developed a famous experiment called quantum suicide in 1987 that connects a person to a fatal weapon and a machine that determines the spin value, or angular momentum, of protons. Every 10 seconds, the spin value, or quark, of a new proton is recorded.

Based on this measurement, the machine will cause the weapon to kill or spare the person with a 50 percent chance for each scenario. If the Many-World’s Theory is not true, then the experimenter’s survival probability decreases after every quark measurement until it essentially becomes zero (a fraction raised to a large exponent is a very small value). On the other hand, MWT argues that the experimenter always has a 100% chance of living in some parallel universe and he/she has encountered quantum immortality.

When the quark measurement is processed, there are two possibilities: the weapon can either fire or not fire. At this moment, MWT claims that the quantum state of the observer splits in two to account for the two endings. The weapon will discharge in one reality, but not discharge in the other. For moral reasons, scientists cannot use Moravec’s experiment to disprove or corroborate the existence of parallel worlds, as the test subjects may only be dead in that particular reality and still alive in another parallel universe. In any case, the peculiar Many-World’s Theory and its startling implications challenges.