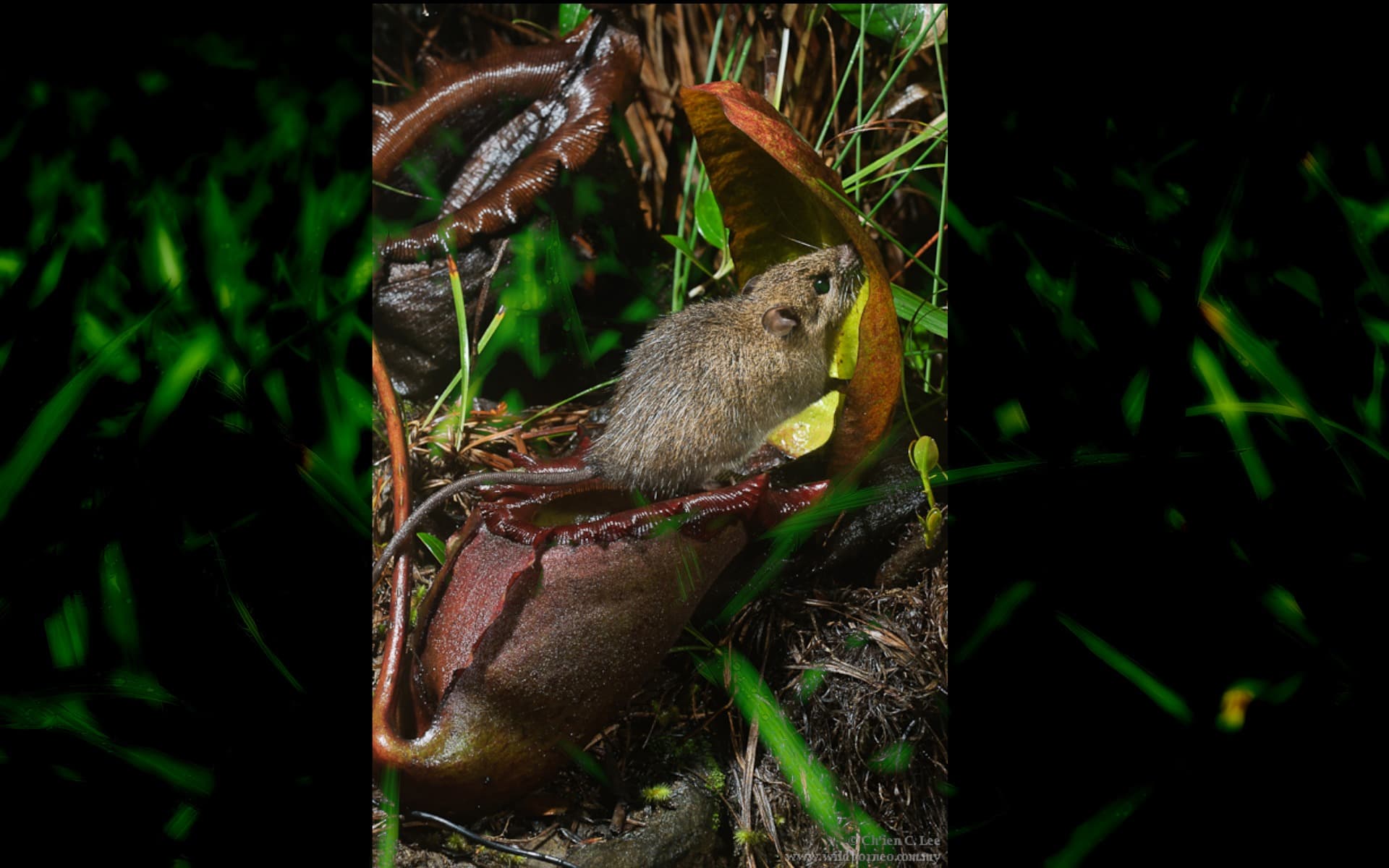 The flora of Earth can be pretty, poisonous, tasty, and even carnivorous.  Carnivorous plants have been around since ancient times, evidenced by the recent discovery of fossilized remains that are at least 35 million years old.  Most predatory plants devour insects, but some have even been known to feast on larger prey.  Here is our list of 7 interesting plants which keep creatures on the menu.

Nepenthes rajah has been cited by National Geographic as the largest carnivorous plant ever observed.  This carnivorous plant loves to grow in constantly moist and loose dirt -- and makes its home in Borneo.  Its pitcher-like trap holds a large amount of water, along with its digestive fluid.  Nepenthes rajah’s massive pitcher-trap has been observed to even drown small mammals, like rats.  After the poor critter drowns in the trap, the carnivore gets to work digesting its prey. It also has a mutually beneficial relationship with one species of treeshrews, which feed on the nectar and provide the plant with droppings to eat.

This carnivorous plant may just look like a succulent, but it has a not so obvious trap.  Catopsis berteroniana is hungry for nitrogen and phosphorous, and insects make a great source.  Catopsis berteroniana has a trap called a "tank." This tank is lined with a sticky white powder that tricks insects into flying in by reflecting light.  A pretty clever way to get some nitrogen and phosphorous.

The Stylidium is a wiry beauty on our list of carnivores.  Known commonly as a trigger plant, the Stylidium turbinatum has trichomes (sticky hairs) that capture the smallest insects. For a time it was thought the Stylidium used these trichomes purely defensively, but the Stylidium fimbriatum was discovered to also have digestive enzymes to process the trapped bugs.

Dionaea muscipula, known commonly as the Venus flytrap, is the most famous of all carnivorous plants.  The Venus flytrap can be found in American households, and (of course) wetlands in North and South Carolina.  Its trap works by closing around unsuspecting insects and arachnids when they make the mistake of touching a trigger hair.  Once the prey is captured, the trap seals itself to form a kind of stomach which fills with digestive enzymes.  Interestingly, the Venus flytrap is marketed as an herbal remedy which claims to treat HIV and Crohn’s disease.

Drosera derbyensis is part of the largest group of carnivorous plants -- known as sundews.  This plant also finds its home in Western Australia, and looks strangely akin to a sea anemone.  The Drosera’s leaves are covered with hairs that capture insects that get too close.  If you are interested in cultivating a Drosera -- they have been found to grow well in warm water.

Utricularia volubili is another carnivorous plant that dwells in Western Australia.  But what could this small beautiful flower possibly be eating?  Well its prey is tinier than our eyes can see, this plant feeds on water-dwelling microbes. The Ultricularia appears a flower, but its source of nutrition isn’t conventional.

Want more? See the below video with David Attenborough.