Living Machines: These "E-Plants" Grow Wires Inside Themselves 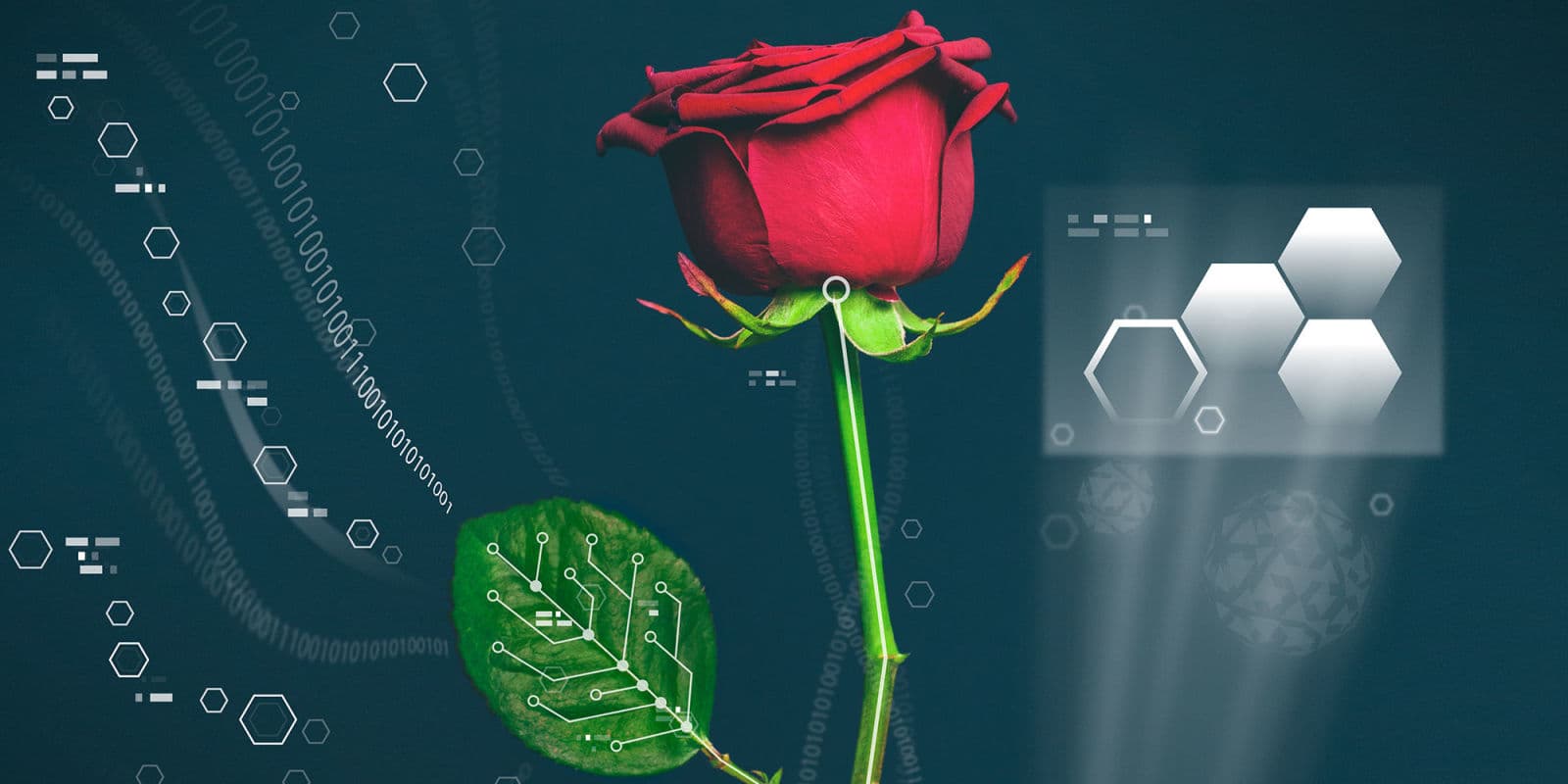 A Swedish team comprised of botanists and electrical engineers have developed a way to grow conductive wires inside live plants. This method is achieved by using a transparent conductive gel that’s absorbed into the stems and leaves of cut roses. Hours later, the gel hardens and forms wires within the stems and are capable of carrying an electric current.

In a paper in the journal Science Advances, the team describes the challenge of electronic plants, saying "Although many attempts have been made to augment plant function with electroactive materials, [until now] plants' 'circuitry' has never been directly merged with electronics."

Time explains the method, saying, "The team let a cut rose sit in a solution of water and a special conductive polymer called poly(3,4-ethylenedioxythiophene) — PEDOT for short. Over the next 48 hours, the plant took up the water naturally, and the polymers with it, against which the plant's defense mechanism reacted. The PEDOT was fixed in place as it spread, forming long chains of conductive molecules — wires built right into the plant."

Ultimately, these wires can be used to carry information or power. The end result is a kind of "e-plant" that might even be able to display  data on its leaves.

The research still has a long way to go, but the team remains optimistic. Stavrinidou writes that "with integrated and distributed electronics in plants, one can envisage a range of applications including... energy harvesting from photosynthesis, and alternatives to genetic modification for plant optimization." The method could also lead to developing nanomaterial improvements to the process of photosynthesis.

Read This Next
Futurism
Sugar, Light, And A New Type of Chemistry — What It May Take To Wean Us Off Fossil Fuels
Futurism
Engineering Nature: How Improved Photosynthesis Could Feed the World
Futurism
An Amoeba Engulfed a Bacterium to Become Photosynthetic
More on Hard Science
Tractor Beam
Thursday on the byte
Scientists Build Working Tractor Beam, Although It's Comically Tiny
Having a Blast
Jan 18 on the byte
New Study Shows Where You Should Hide to Survive a Nuclear Attack
Offworld Amino
Jan 15 on the byte
Scientists Find Building Blocks of Life in Meteor That Smashed Into Family's Driveway
READ MORE STORIES ABOUT / Hard Science
Keep up.
Subscribe to our daily newsletter to keep in touch with the subjects shaping our future.
+Social+Newsletter
TopicsAbout UsContact Us
Copyright ©, Camden Media Inc All Rights Reserved. See our User Agreement, Privacy Policy and Data Use Policy. The material on this site may not be reproduced, distributed, transmitted, cached or otherwise used, except with prior written permission of Futurism. Articles may contain affiliate links which enable us to share in the revenue of any purchases made.
Fonts by Typekit and Monotype.