In Extremely Confusing Twist, Facebook Says It Isn't Building a Metaverse After All 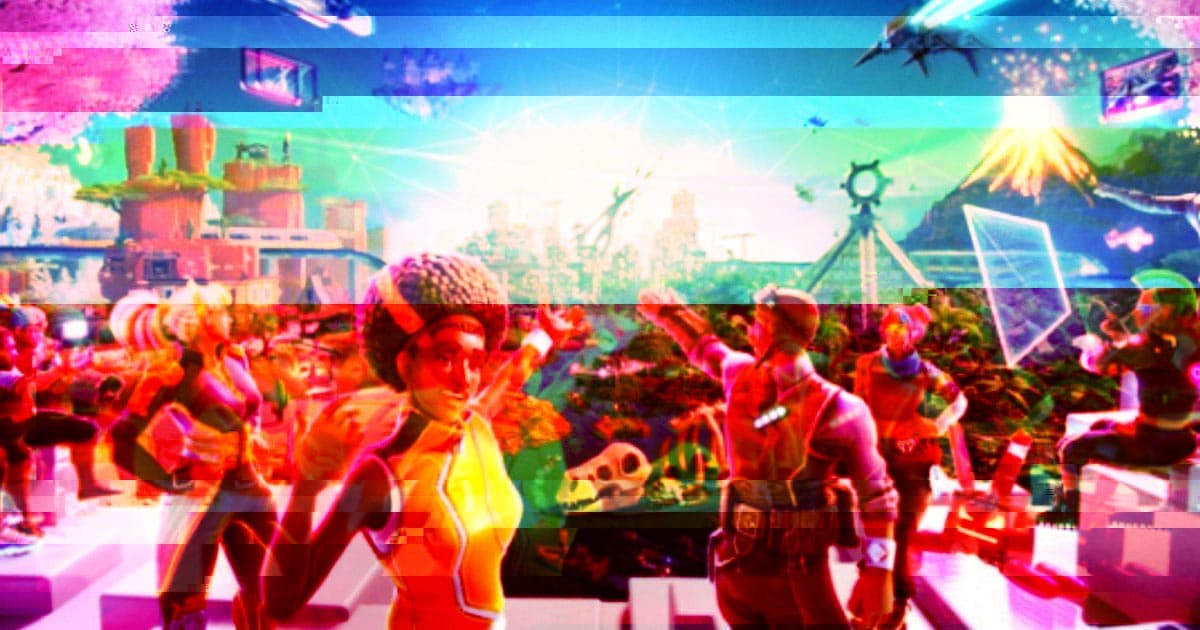 Facebook's dream of the metaverse, a VR hellscape stuffed with annoying ads and screeching children, is as incoherent and confusing as ever after reading an 8,000 word essay by Nick Clegg, the president of global affairs at Facebook's parent company Meta.

In the rambling piece, Clegg reveals that Facebook isn't planning to build its own metaverse after all.

"There won’t be a Meta-run metaverse, just as there isn’t a 'Microsoft internet' or 'Google internet' today," Clegg writes. "It isn’t a single piece of cloth, but a patchwork quilt."

You'd be forgiven for any confusion here. Initially, Facebook's plan sounded a lot more like it wanted to create its own immersive AR world, which it'd been appearing to pour astronomical amounts of resources into.

In short, Meta is now likening its metaverse to the internet, which belongs to everybody. That's somewhat confusing and contradictory, since it's been actively promoting its own Horizon Worlds metaverse app, even to the degree of booking huge artists to play shows in it.

Besides, Facebook practically wrote the book on dominating the internet landscape at all costs, aggressively wiping out competing ideas and forcing itself on billions of people around the world to maximize profits.

It may not be Meta's metaverse, but according to Clegg, the company wants to get in on the ground floor and determine its rules — while somehow also not owning it outright, either.

In other words, Meta wants to have its cake and eat it, too.

The rules of such a metaverse will be set by, well, somebody — as long as they're not "authoritarian governments."

"Of course, like the internet, the metaverse will be an interconnected system that transcends national borders, so there will need to be a web of public and private standards, norms and rules to allow for it to operate across jurisdictions," Clegg wrote, without expanding on who would actually get to determine such rules and standards.

Clegg argues that the internet is being bogged down by authoritarian governments "building digital barriers at their borders and imposing greater control over the internet inside them."

So if it isn't governments, who will get to have the final say? Meta doesn't seem to have a firm grasp on an answer.

Does Meta really want us to believe that it simply wants to be a small part of a much larger metaverse? Given Facebook's iron grip on the internet landscape, that seems implausible at best.

Facebook has left a gargantuan imprint on the internet as we know it today — and now its parent company wants us to believe it wants to move on to an "open" yet tightly governed metaverse that's overseen by its competitors as well.

Clegg even argues that "companies get accused of charging ahead too quickly, while innovators have felt that technological progress can’t afford to wait for the slower pace of regulation," seemingly forgetting the company he represents.

But the Meta VP does point to one resource on the company's site: time.

"Many of these products will only be fully realized in ten to 15 years, if not longer," Clegg wrote, arguing that there's plenty of time to have regulations catch up with the metaverse.

In short, Clegg's essay more or less confirms what we've been suspecting for a while now: Meta has no idea what its vision of the Metaverse actually looks like, despite all the flashy, legless demos.

The company's own attempts to launch VR-based metaverse apps have arguably failed to generate much of a groundswell in the general public so far.

Which leaves the question: is Clegg trying to justify the company's doubling down on the metaverse?

Besides, who was this 8,000 word piece even written for? Are Meta's investors supposed to walk away from it thinking the company has all of its ducks in a row and a cohesive plan to generate profits off of a metaverse it doesn't control?

It's a confounding word salad that certainly won't convince anyone to join Meta's metaverse — or any greater metaverse, for that matter.

More on the metaverse: Facebook Reportedly Already Running Out of Money for Metaverse

Read This Next
Virtual Murder
UAE Official Says Murder Should Be Illegal in the Metaverse
Facebook Needs to be Stopped
Facebook Admits It Doesn't Know What It Does With Your Private Data
Uncanny Marketing
Facebook Exec Defends Verifying Fake CGI People on Instagram
Tyrannosaurus Exec
Mark Zuckerberg Says That When Employees Call Him the "Eye of Sauron," It's Actually a Compliment
Metaverse Monster
Facebook Exec Caught Allegedly Trying to Meet 13-Year-Old in Hotel Room
More on Future Society
Drive On
Yesterday on the byte
Tesla Brings Back Enhanced Autopilot, in Clever Scheme to Extract Even More Money From Drivers
Chemistry Lessons
Wednesday on the byte
Bill Nye Just Got Married, and Their Love Story Is Beautiful
Gender Wars
Tuesday on the byte
Elon Musk's Daughter Comes Out as Trans, Cuts Ties With Father
READ MORE STORIES ABOUT / Future Society
Keep up.
Subscribe to our daily newsletter to keep in touch with the subjects shaping our future.
+Social+Newsletter
TopicsAbout UsContact Us
Copyright ©, Camden Media Inc All Rights Reserved. See our User Agreement, Privacy Policy and Data Use Policy. The material on this site may not be reproduced, distributed, transmitted, cached or otherwise used, except with prior written permission of Futurism. Fonts by Typekit and Monotype.