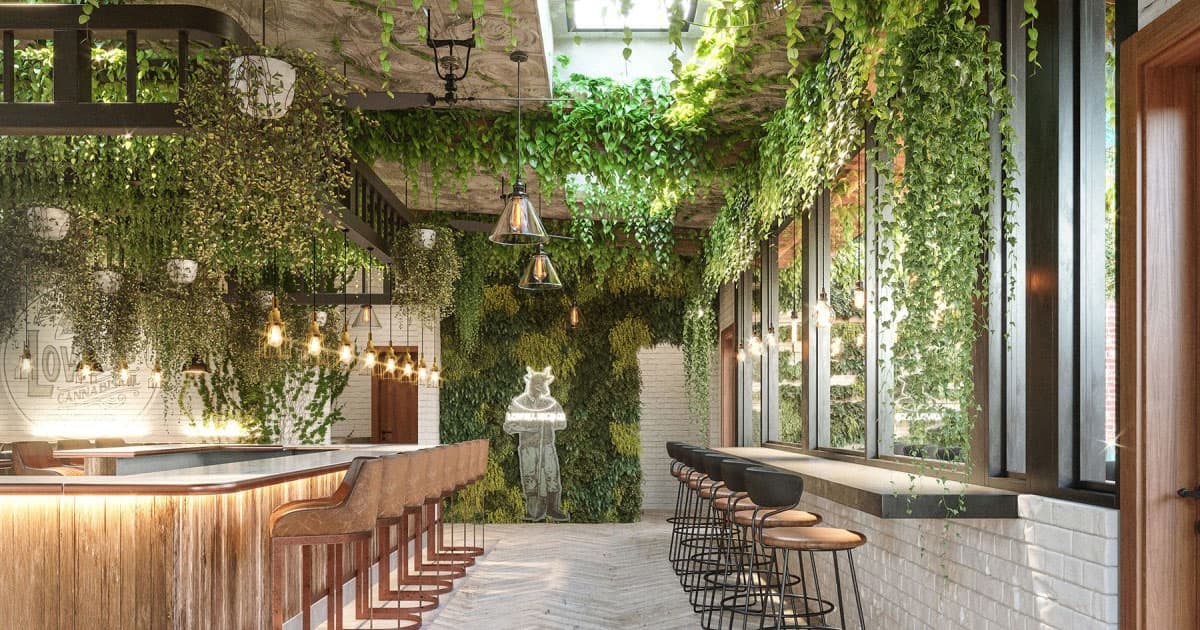 Go ahead and cancel that trip to Amsterdam.

Go ahead and cancel that trip to Amsterdam.

On Tuesday, the Lowell Cafe opened in West Hollywood, California — and the restaurant is unlike any other in the United States.

"For over a century we've been forced to hide cannabis consumption out of public view, but that time is now over," the cafe writes on its website. "We're proud to announce Lowell Cafe — America's first cannabis cafe serving farm fresh food, coffee, juice, and cannabis daily."

The Lowell Cafe is a 21+ establishment featuring 240 seats and both indoor and outdoor dining spaces. To ensure the interior spaces aren't thick with smoke, the restaurant features a high-tech air filtration system.

While the chefs at the Lowell Cafe won't serve marijuana-infused foods, prepackaged marijuana edibles are available for purchase on site. Patrons can also purchase cannabis flowers, vapes, concentrates, and extracts — and then consume them right at their table.

Californians have been allowed to purchase cannabis for recreational use since January 2018, and the state is now home to more licensed cannabis operators than any other.

The Lowell Cafe won't be the only restaurant to serve Californians marijuana for long, either — West Hollywood has already awarded seven other cafes or restaurants licenses allowing for the public consumption of cannabis.

Brands We Love
These Groundbreaking Weed Delivery Services Bring Legal Cannabis Right to Your Door
4. 17. 21
Read More
Brands We Love
Looking to Reduce Inflammation? This Specially-Designed CBD Could Be The Answer.
7. 17. 20
Read More
Brands We Love
This Company Makes On-Demand Home Weed Delivery Safe and Easy
3. 20. 20
Read More
+Social+Newsletter
TopicsAbout UsContact Us
Copyright ©, Camden Media Inc All Rights Reserved. See our User Agreement, Privacy Policy and Data Use Policy. The material on this site may not be reproduced, distributed, transmitted, cached or otherwise used, except with prior written permission of Futurism. Articles may contain affiliate links which enable us to share in the revenue of any purchases made.
Fonts by Typekit and Monotype.