Everything from the environment to the economy benefits from legal weed. 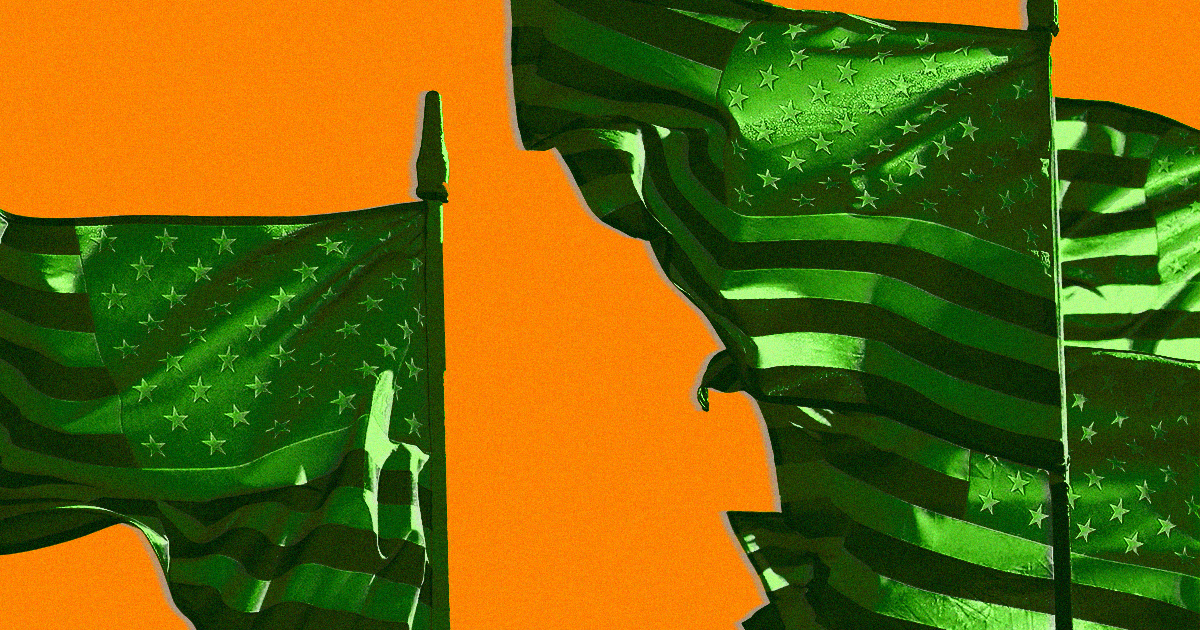 In the United States, marijuana used to have a bad reputation.

Now, more than two out of every three people in the United States support legalizing cannabis, and state laws are reflecting that shift in opinion. Medical marijuana is currently legal in 33 states plus Washington, D.C., and in 10 of those states and the nation's capital, adults over the age of 21 can legally buy marijuana for recreational use.

Government officials are even starting to push for nation-wide cannabis legalization — and not just because they think more people should be getting high.

1. Cannabis is already creating jobs more quickly than any other industry — and the number of new jobs is expected to keep increasing as more places legalize marijuana.

2. Scientists believe legalization could make it easier for them to develop cannabis-based medical treatments. One such medication is already helping children cope with a rare, previously untreatable form of seizure-causing epilepsy, and early studies show the plant's potential to treat everything from brain aging to psychosis.

4. It also decreases the strain on the justice system, freeing up police — and billions of dollars in state money — to fight other criminal activity.

5. Experts are hopeful cannabis could help end the opioid crisis by easing the symptoms of withdrawal.

6. The taxes from cannabis sales could go toward improving any number of societal institutions. Oregon, where recreational marijuana is legal, recently dedicated millions in cannabis taxes to its schools and public health services.

7. By driving down cannabis costs, legalization also drives cartels and black-market dealers out of business — taking violent activity along with them.

Read This Next
Elonely Planet
Elon Musk Shares Incredibly Stupid Meme Stolen from iFunny
Brands We Love
These Groundbreaking Weed Delivery Services Bring Legal Cannabis Right to Your Door
Bot Versus Bot
A Bot Made Frank Sinatra Cover Britney Spears. YouTube Removed It Over Copyright Claims.
Brands We Love
Looking to Reduce Inflammation? This Specially-Designed CBD Could Be The Answer.
Hard Time
Elon Musk: Imprisoning People for Selling Weed is Wrong
More on Future Society
Rough
Monday on futurism
Elon Musk's Twitter Is Reportedly Failing Miserably to Contain Horrific Child Abuse Content
YouTube Propaganda
Monday on the byte
Experts Say There's Something Very Weird About North Korean YouTubers
Bird Crap
Feb 4 on the byte
It Looks Like Elon Musk Is Actually Building a Twitter Payment Platform
READ MORE STORIES ABOUT / Future Society
Keep up.
Subscribe to our daily newsletter to keep in touch with the subjects shaping our future.
+Social+Newsletter
TopicsAbout UsContact Us
Copyright ©, Camden Media Inc All Rights Reserved. See our User Agreement, Privacy Policy and Data Use Policy. The material on this site may not be reproduced, distributed, transmitted, cached or otherwise used, except with prior written permission of Futurism. Articles may contain affiliate links which enable us to share in the revenue of any purchases made.
Fonts by Typekit and Monotype.