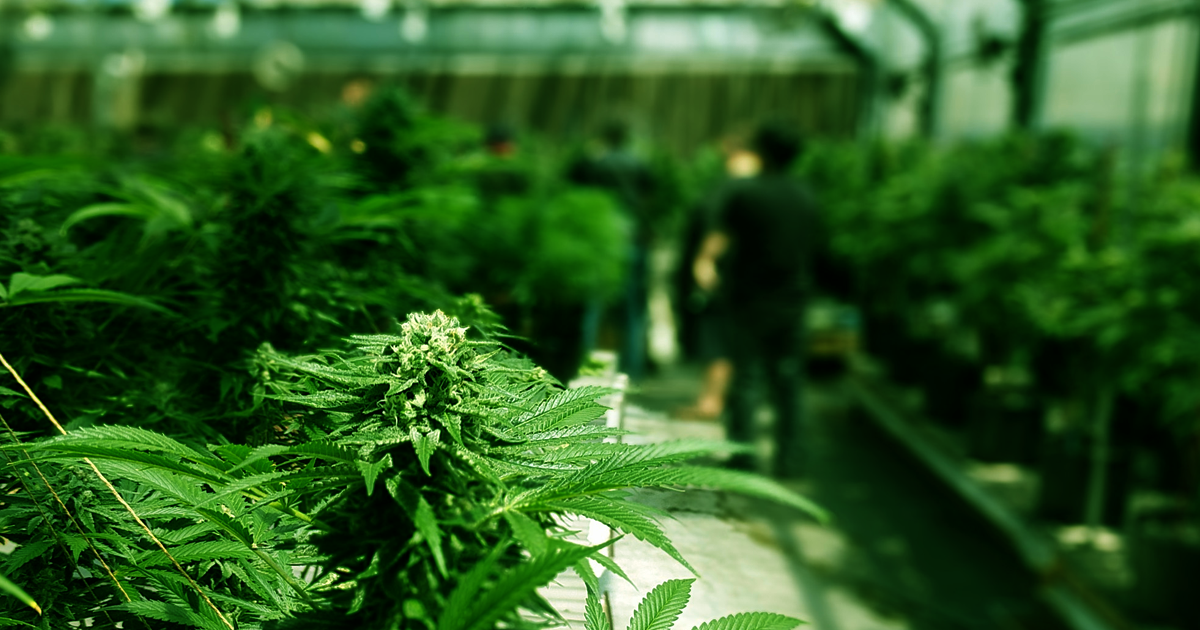 Report: Marijuana Is the Fastest Growing Job Sector in the U.S.

"US marijuana legalization is a rare example of disruption creating jobs rather than destroying them."

"US marijuana legalization is a rare example of disruption creating jobs rather than destroying them."

According to a new report by cannabis website Leafly and consultancy firm Whitney Economics, the United States added 64,389 full-time legal cannabis jobs last year — a 44 percent increase in the weed workforce in 2018, meaning it's the fastest-growing job sector in the U.S. right now.

The report calls it "America's hidden job boom," estimating that more than 200,000 people work full time in the U.S. cannabis industry — and counting related jobs, like accountants and lawyers, that number rises close to 300,000.

Moreover, those numbers are projected to keep rising over the next few years. Legal cannabis is here to stay, and it's quickly becoming one of the fastest rising job makers nationwide.

Take It to the Dank

The legal cannabis industry is now worth over $10 billion, according to the report, having increased a whopping 34 percent nationwide in 2018 alone. California and Florida are alone expected to add 10,000 and 9,500 full time jobs in 2019 respectively.

"There are now more legal cannabis industry workers than dental hygienists in the United States," reads the new report.

But the numbers don't necessarily tell the full story: after all, the use of marijuana is still technically illegal on the federal level, despite ten U.S. states legalizing recreational marijuana with more likely to follow.

While hiring has slowed significantly in February nationwide according to the Bureau of Labor Statistics, the marijuana industry is alive and well.

"US marijuana legalization is a rare example of disruption creating jobs rather than destroying them," DataTrek Research co-founder Nick Colas said in a statement last week, as quoted by CNBC. "With the US labor market recently showing signs of weakness and fears of an eventual recession in the wings, this is one industry that might soften the blow of an economic downturn."

READ MORE: The marijuana industry looks like the fastest-growing job market in the country[CNBC]

More on Mary Jane: Marijuana Courses Are Cropping Up at Colleges Across the US

Brands We Love
These Groundbreaking Weed Delivery Services Bring Legal Cannabis Right to Your Door
4. 17. 21
Read More
Brands We Love
Looking to Reduce Inflammation? This Specially-Designed CBD Could Be The Answer.
7. 17. 20
Read More
Brands We Love
Learn Big Data and Machine Learning Skills Right at Home With This Training
6. 29. 20
Read More
+Social+Newsletter
TopicsAbout UsContact Us
Copyright ©, Camden Media Inc All Rights Reserved. See our User Agreement, Privacy Policy and Data Use Policy. The material on this site may not be reproduced, distributed, transmitted, cached or otherwise used, except with prior written permission of Futurism. Articles may contain affiliate links which enable us to share in the revenue of any purchases made.
Fonts by Typekit and Monotype.