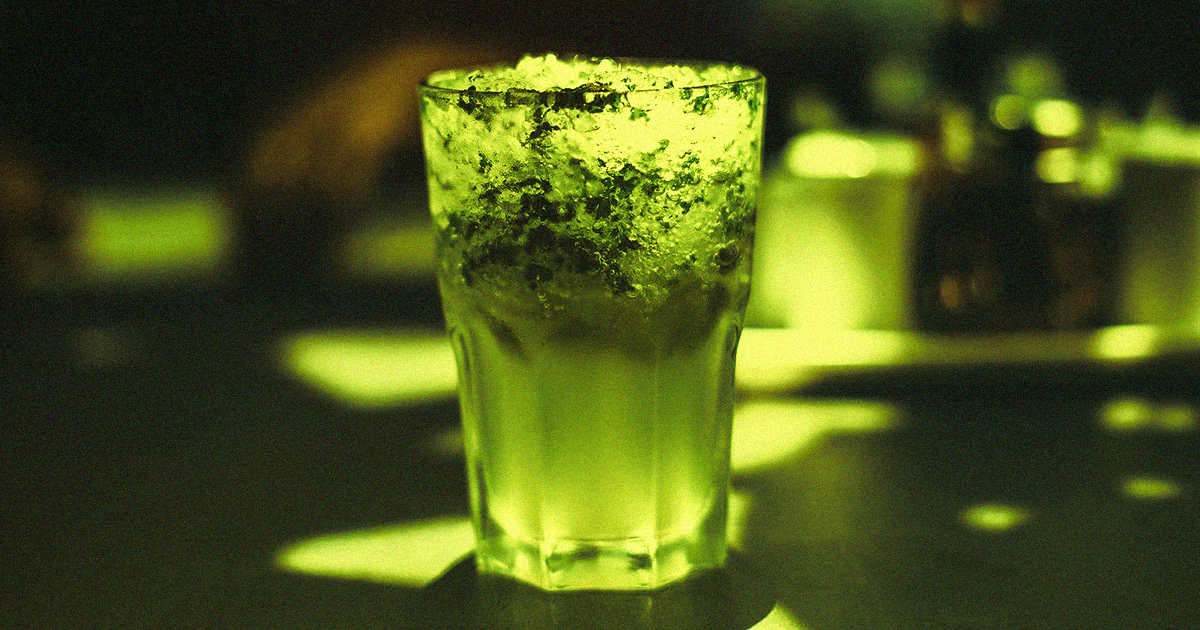 Marijuana is becoming more accepted — and that could be a problem for the alcohol industry, according to new research.

"Though not yet mainstream, cannabis adoption is certainly growing in states where it’s legal and does pose a risk to the beverage alcohol industry in the future," Brandy Rand, U.S. president of the International Wine and Spirits Research (IWSR), a company that collects data on the alcohol industry, said in a press release about its new report on alcohol and cannabis.

On Thursday, the IWSR published a new report it created in partnership with BDS Analytics, a company focused on cannabis market analytics. Together, the two companies set out to determine the potential impact of legal marijuana on the alcohol industry in the future.

Based on their research, the legalization of marijuana has led to an "explosion of growth" for the cannabis industry over the past few years. In places that have legalized marijuana, they estimate that up to 40 percent of people over the age of 21 now partake in it.

They believe usage of marijuana will continue to increase as acceptance of the drug expands.

While an increase in cannabis users won't necessarily translate to a decrease in alcohol consumption, the alcohol industry needs to be aware that this growing industry could impact its own, according to Rand.

"It’s important that alcohol brands pay attention to their consumers," she said, "recognizing that some occasions may result in a decrease in alcohol consumption in place of, or alongside, legal cannabis."

"Consumers will continue to look to cannabis products over alcohol for occasions when they are feeling creative, need to get motivated, or seeking health, medical or wellness benefits," BDS Analytics's Vice President Jessica Lukas added.

READ MORE: Cannabis May Pose a 'Long-Term Risk' to the Alcohol Industry [Fortune]

More on marijuana: WHO Says UN Should Reclassify Marijuana as Less Dangerous

Brands We Love
If You're Looking for Non Alcoholic Drinks That Don’t Suck, Here's Some Good News
4. 18. 21
Read More
Brands We Love
These Groundbreaking Weed Delivery Services Bring Legal Cannabis Right to Your Door
4. 17. 21
Read More
Brands We Love
This Online Marketplace Specializes in Non Alcoholic Beer That Doesn't Suck
2. 3. 21
Read More
+Social+Newsletter
TopicsAbout UsContact Us
Copyright ©, Camden Media Inc All Rights Reserved. See our User Agreement, Privacy Policy and Data Use Policy. The material on this site may not be reproduced, distributed, transmitted, cached or otherwise used, except with prior written permission of Futurism. Articles may contain affiliate links which enable us to share in the revenue of any purchases made.
Fonts by Typekit and Monotype.