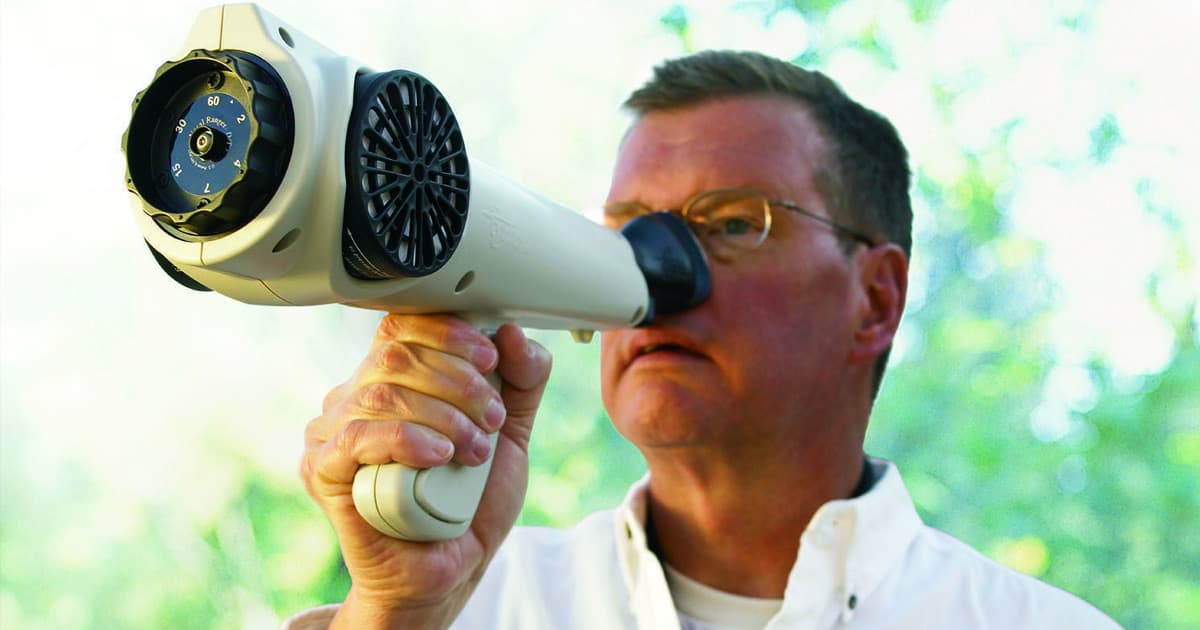 "The city of Bessemer stinks. You can smell marijuana everywhere."

"The city of Bessemer stinks. You can smell marijuana everywhere."

A town in Michigan is spending $3,400 on a bizarre-looking device called a "Nasal Ranger" in hopes that it will solve a growing problem: the stench of marijuana plants.

"The city of Bessemer stinks," city council member Linda Nelson said during a town meeting. "You can smell marijuana everywhere. We've got people who can't sit in their backyard because the smell from their neighbor is so bad."

Michigan legalized recreational marijuana in December 2018, but that doesn't mean anyone in the state can now grow weed with reckless abandon.

People over the age of 21 can grow up to 12 marijuana plants in their homes, with a limit of 12 plants per residence. Additionally, Michiganders are forbidden from growing cannabis plants outside — they must be in locked facilities that aren't visible to the public.

Given the pervasive stench of marijuana in the air, however, residents of Bessemer suspect that some people are breaking the rules by growing pot plants outdoors or in greater numbers than legally allowed — and that's where the Nasal Ranger comes into play.

The device, which looks like a megaphone for your nose, is an olfactometer, meaning it's capable of detecting and measuring odors.

Bessemer's code enforcement officer George Beninghaus is going to undergo training with the device in the hopes it'll help the city track down any illegal cannabis farming — and make it possible for residents to once again enjoy the non-smelly outdoors.

Brands We Love
These Groundbreaking Weed Delivery Services Bring Legal Cannabis Right to Your Door
4. 17. 21
Read More
Hard Time
Elon Musk: Imprisoning People for Selling Weed is Wrong
6. 8. 20
Read More
Brands We Love
This Company Makes On-Demand Home Weed Delivery Safe and Easy
3. 20. 20
Read More
+Social+Newsletter
TopicsAbout UsContact Us
Copyright ©, Camden Media Inc All Rights Reserved. See our User Agreement, Privacy Policy and Data Use Policy. The material on this site may not be reproduced, distributed, transmitted, cached or otherwise used, except with prior written permission of Futurism. Articles may contain affiliate links which enable us to share in the revenue of any purchases made.
Fonts by Typekit and Monotype.