"The simple truth is, if we don't love it, how can we expect our users to love it?" 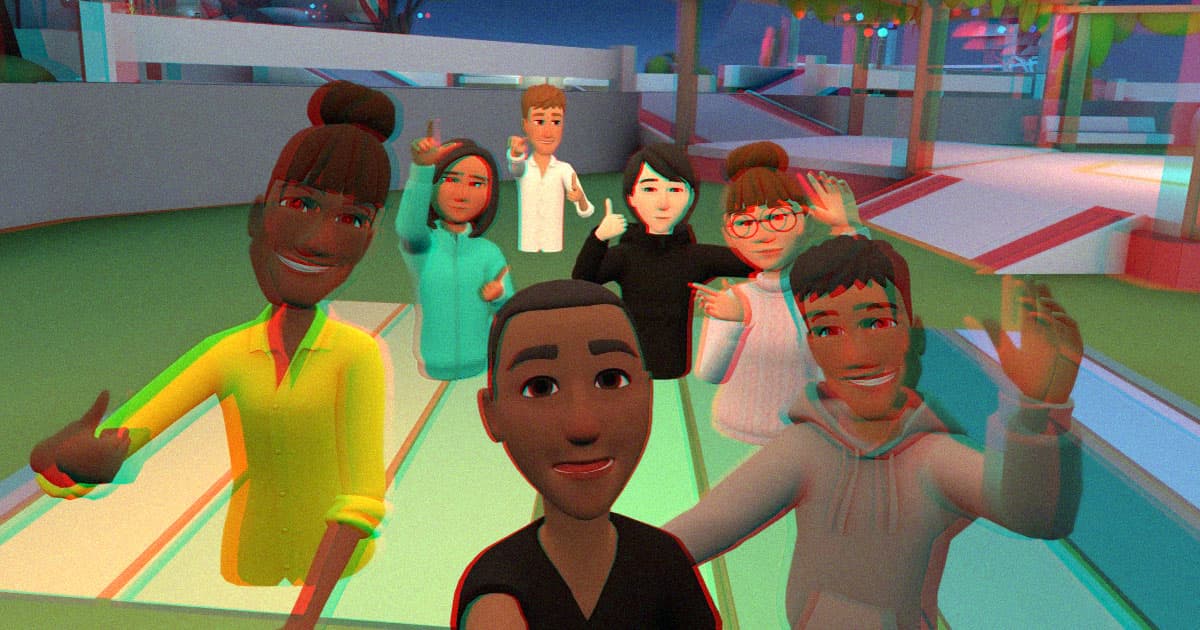 It's a big week for Facebook-turned-Meta CEO Mark Zuckerberg.

After a few rough quarters, a dismal public reaction to a glimpse at the founder's Horizon Worlds metaverse, and an allegedly imminent round of mass internal layoffs, the company is finally bearing down on the release of its Meta Quest 3 and Meta Quest Pro VR and AR headsets. This stands to be a make-or-break moment for Zuck, who's hinged his company's legacy on his AR-dependent metaverse vision.

And by all accounts — not to mention niche sport-related promos — Facebook's katana-wielding overlord is thrilled about this product release. But according to The New York Times, there's one very telling group that may not be: the metamates themselves.

Corroborating a leak last week, the NYT reported that Meta has had a difficult time getting its employees on its Horizon Worlds platform. Some company staffers reportedly had to scramble to buy Oculus headsets — which, you know, you might expect them to have already owned — in response to new mandates that weekly meetings be held in the metaverse, and execs have even turned to threats to actively monitor their game play. Sounds, uh, fun.

"Everyone in this organization should make it their mission to fall in love with Horizon Worlds," read a September commandment, originally obtained by The Verge, from metaverse VP Vishal Shah. "Get in there. Organize times to do it with your colleagues or friends, in both internal builds but also the public build so you can interact with our community."

Shah has a point. It's difficult to drum up public excitement about a piece tech if those building it apparently don't care enough to even own the headset you need to use it.

But the issue, it seems, isn't just that the employees don't like Zuck's metaverse. In an anonymous NYT survey of 1,000 Meta employees, conducted on the popular Silicon Valley app Blind, only 58 percent said that they even understand the strategy he's taking to get there — a sure recipe for chaos, confusion, and general unhappiness.

Even more damningly, some employees have reportedly taken to labelling metaverse projects with the acronym MMH — which stands for Make Mark Happy (ouch) — while Oculus' former technology chief, who still works as a Meta advisor, expressed during an August podcast interview that the many billions of dollars poured into the project made him "sick to [his] stomach." And back in August, the head of the metaverse division resigned.

Zuck, however, appears hellbent on bringing his "North Star" to fruition — whether his metamates get it or not.

"Being a cynic about new and innovative technology is easy," A Meta spokesperson told the NYT. "Actually building it is a lot harder — but that's what we're doing because we believe the metaverse is the future of computing."

Read This Next
Confrontation is Hard
Former Facebook Exec Says Zuckerberg Has Surrounded Himself With Sycophants
Zesus
Interesting Theory: Mark Zuckerberg Is Trying to Become God and Build Heaven
Midlife Crisis
Rumors Swirl That Mark Zuckerberg Is Fighting at a UFC Show
Mark's Bad Year
Layoffs Hitting Facebook as Zuckerberg's Vision Stumbles
Sword Art Online
Guy Who Invented the Word "Metaverse" Building His Own Metaverse
More on Future Society
Head Like A Hole
Wednesday on futurism
Elon Musk's Crying About Trent Reznor Shows That He Is a Big, Big Baby
Miserly Musk
Tuesday on the byte
Cheapskate Elon Musk Refusing to Pay Bills at Twitter
Secrets Secrets
Tuesday on futurism
Elon Musk Vigorously Denies That SBF Secretly Owns Part of Twitter
READ MORE STORIES ABOUT / Future Society
Keep up.
Subscribe to our daily newsletter to keep in touch with the subjects shaping our future.
+Social+Newsletter
TopicsAbout UsContact Us
Copyright ©, Camden Media Inc All Rights Reserved. See our User Agreement, Privacy Policy and Data Use Policy. The material on this site may not be reproduced, distributed, transmitted, cached or otherwise used, except with prior written permission of Futurism. Articles may contain affiliate links which enable us to share in the revenue of any purchases made.
Fonts by Typekit and Monotype.