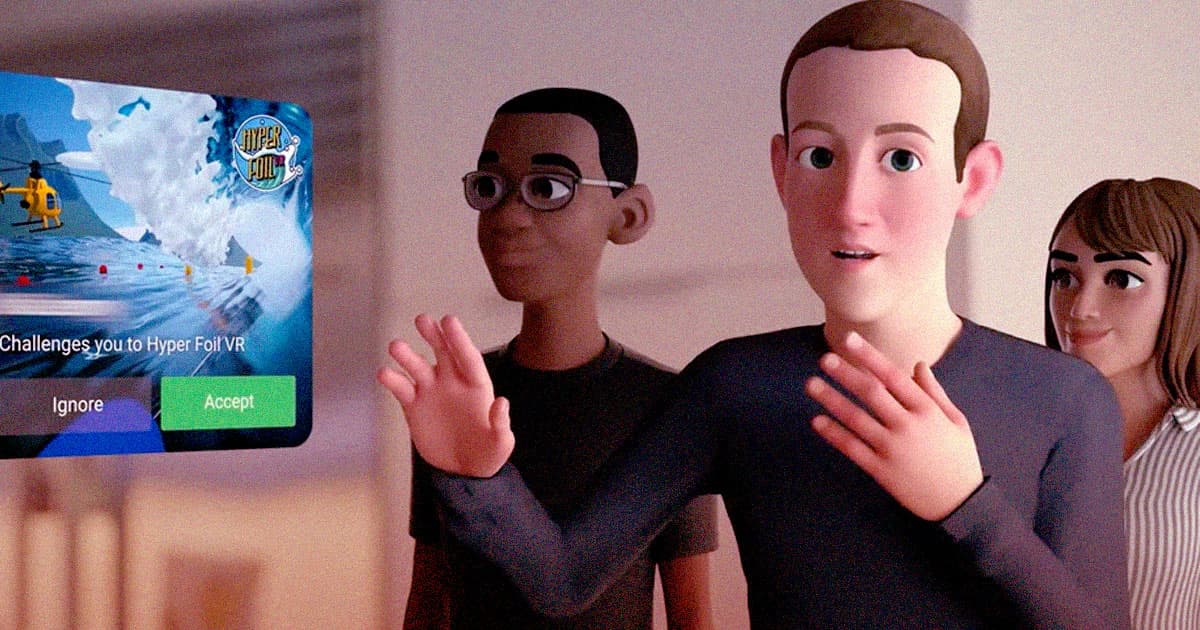 Facebook founder and suspected alien Mark Zuckerberg held a virtual all hands meeting for his employees yesterday to explain the company-formerly-known-as-Facebook’s updated values.

Most of the values seemed like your typical vacuous, corpo nonsense. However, he did end on a decree that raised a few eyebrows: Meta employees are no longer coworkers — they're now "metamates."

Alex Heath, reporter for The Verge, tweeted about the meeting in which Zuckerberg suggested the cringe nickname in all seriousness.

"I am told Zuck said this without laughing and explained it had to do with a story about ships and shipmates," Heath said.

Meta's CTO Andrew Bosworth expanded on the cringe nickname in a reply to Heath.

Fun fact: Metamates was coined by none other than Douglas Hofstadter himself after an employee cold emailed him for ideas after our rebrand. I love it!

Also the saying is a reference to a Naval phrase which Instagram has used for a while "Ship, Shipmates, Self"

Aside from "metamates," most of the values seemed pretty tame — though Zuckerberg did say that employees shouldn’t "nice ourselves to death," whatever that means.

Taken altogether, though, the new values seem to indicate the company is attempting to embrace a much more forward-thinking approach.

For example, its former value "be open" is now updated to "live in the future." Also, there’s the new value "focus on long term impact."

Reading between the lines a bit, it’s clear that Zuck is attempting to lay the foundation for his organization’s goal of becoming a "metaverse company" — something that’ll require a lot of future-forward thinking indeed.

Still, does he really need his employees to call each other "metamates" to accomplish this? It’d be creepy how cultish that sounds if it weren’t, you know, terminally cringe.

More on the metaverse: Experts Warn of Child Predators in Mark Zuckerberg’s Metaverse