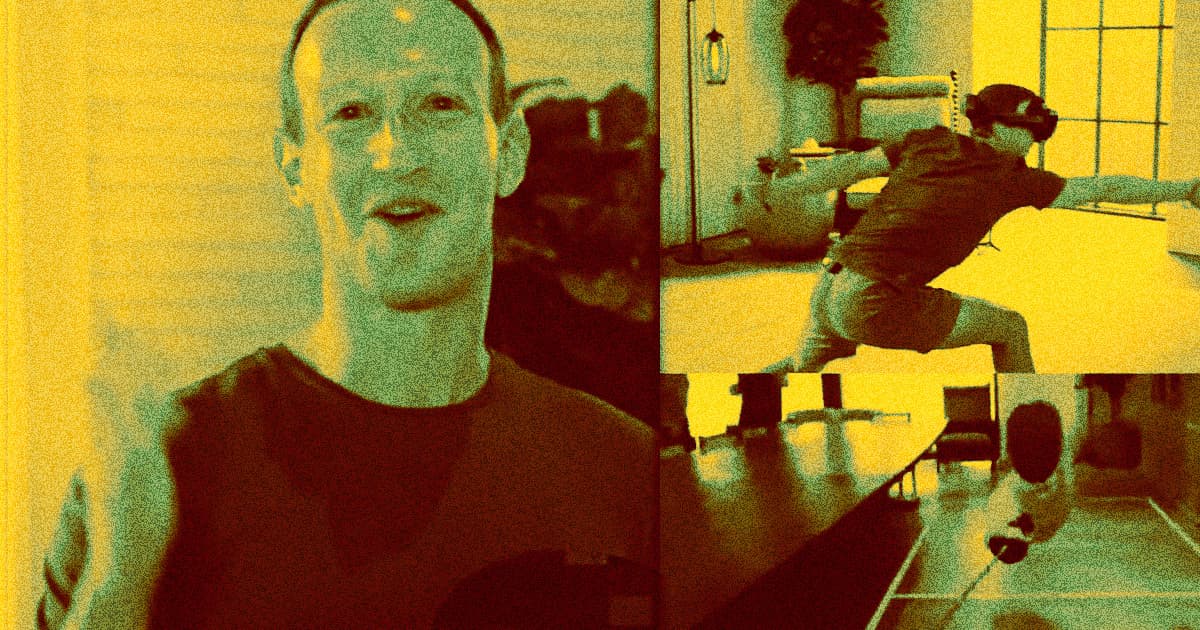 Another day, another Zucko fencing promo.

Another day, another Zucko fencing promo.

If you didn't know that Facebook-turned-Meta CEO Mark Zuckerberg is extremely into fencing — and swords just generally — well, he is.

No big deal or anything, but he was the fencing team captain at his swanky boarding school, Phillip Exeter Academy, and he's been honing his swashzucklin' chops ever since — a fact that he's continuously proven in basically every single metaverse-slash-augmented-reality promo video that he's released in the past few years.

In other words, the headset, slated for release in late October, doesn't just provide its wearer with a new, complete reality to experience. It weaves a virtual reality into the physical one — which, it's worth noting, is a central feature of the founder's metaverse dreams.

"Fencing in the metaverse with Olympic gold medalist and world's #1 ranked @leetothekiefer and 2x Olympic medalist @gerekmeinhardt," Swashzucky captioned the fencing stunt. "Using our new high-end VR headset coming out next month with mixed reality — meaning you can see virtual objects (like your friends fencing) alongside the physical world around you."

As Upload VR points out, the video itself is pretty heavily compressed, so it's hard to gauge the quality of the graphics when you're actually wearing the headset. That being said, a few notable improvements on the Quest 2 do stand out.

While Quest 2's real-world display was an extremely grainy black and white, the Quest Pro's appears to feature color and a helpful depth sensor. And due to new-and-improved pancake lenses, the visor itself is slimmer, which might make for a more comfortable wear. The tech also reportedly boasts face-and-eye-tracking technology, a feature designed to improve social interactions.

And, apparently, as Zuckerberg has likely gone to painstaking efforts to ensure, the fencing feature is very nice. Maybe. Works up a sweat, at least. En garde!