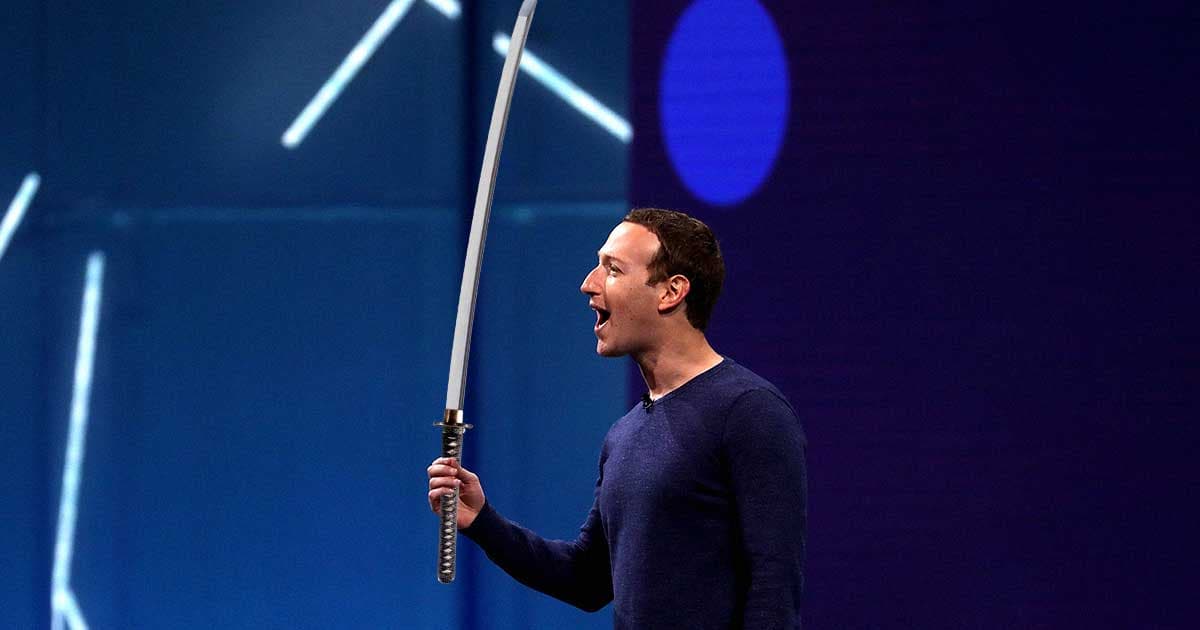 "I will chop you with this huge sword," Zuckerberg allegedly said.

"I will chop you with this huge sword," Zuckerberg allegedly said.

As for why Zuck felt the need to unsheathe a large, bladed weapon in the office? The video's creator, Noah Kagan, offers the simple reasoning that he "didn’t like the code and the stuff we were putting out on the website."

This isn't the first time that Kagan has publicly mentioned the katana incident. He provided an even more in-depth look at the debacle in a book titled "How I Lost 170 Million Dollars: My Time as #30 at Facebook," which he released back in 2014.

"He had some great motivational lines," read the account. "With love, he’d say 'If you don't get that done sooner, I will punch you in the face,' or 'I will chop you with this huge sword,' while holding a huge sword in hand. To this day, I don't know why he had that sword."

Kagan, now the CEO of an outfit called AppSumo, listed other "weird" things that went on at the tech giant, including the accusation its perennially cringe founder "still wanted his money back" after losing a game of poker to PayPal co-founder Peter Thiel.

Zuckerberg also apparently payed for all Facebook employee parking tickets, according to the TikTok. Strange perk, but cooler than threatening to "chop" people, however facetiously.

Kagan worked for the tech giant back in 2005, when the social media platform and its sword-brandishing founder were quite young. He was also only there for nine months, and times have certainly changed in the years since he was let go. It's unclear if Facebook's Eye of Sauron is swashbuckling through the Meta offices in 2022 — but we might be willing to bet a few Zuck Bucks that the katana is still lurking somewhere in the company's hallowed halls.

More on Zuckerberg bloodlust: Mark Zuckerberg Says He Hunts Wild Boar with a Bow and Arrow