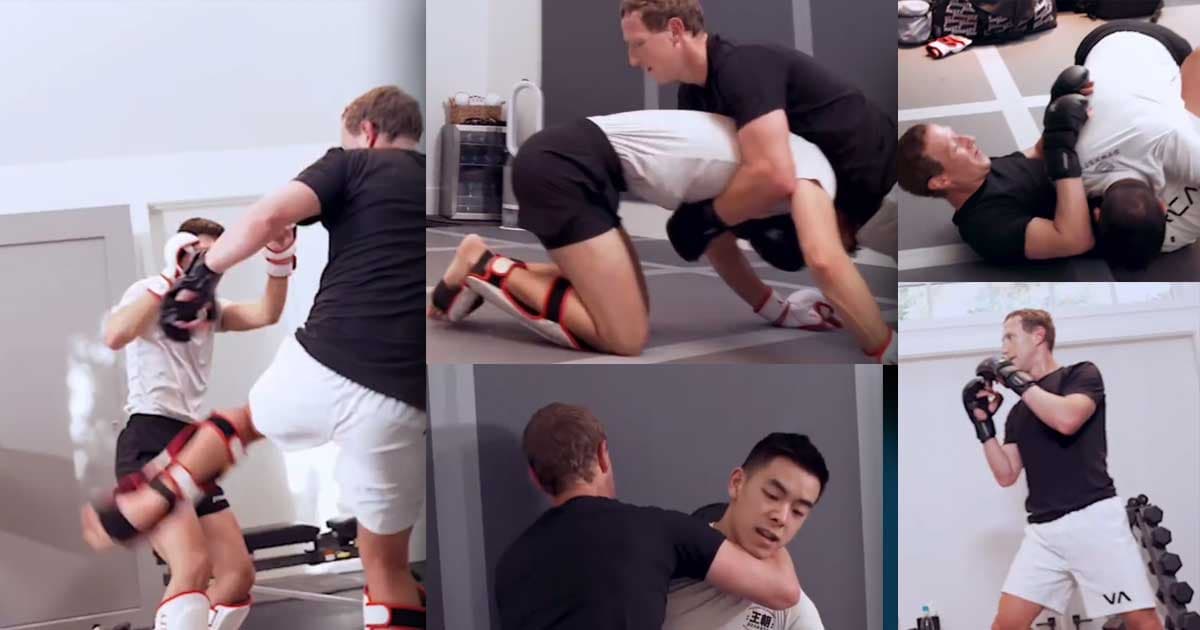 Even Connor McGregor weighed in.

Even Connor McGregor weighed in.

Watch out, metamates. Your Eye of Sauron, Facebook-turned-Meta CEO and founder Mark Zuckerberg, has been doing some serious martial arts training. And considering past Facebook employees' accounts of, uh, katanas being brandished at them in-office, y'all might want to code with your head on a swivel.

Over the weekend, Zucko took to Instagram to show off his mixed martial arts moves. Honestly? We're not MMA experts, but he seems pretty good — and according to the post's comment section, a lot of fighting champs apparently agree.

Do *not* get in a fight with Zuck pic.twitter.com/kXSaby58Oa

The Meta overlord, as he's proven many times in the past, has a lot of hobbies — his love for meat-smoking is a classic, which he shared with the world via Facebook Live a few years back. It's unclear whether the founder actually just likes to share what he's up to with the public, or if he's continuously trying to prove that he's an actual human — or, for that matter, that Facebook and Instagram really are places to share pictures and videos with friends, and not just a tool for Meta to monetize every aspect of our digital existences.

But we digress. Fitness is good, and it's nice to have hobbies. Still, history is often doomed to repeat itself... so metamates, beware.

Saving Face
People Bullied Mark Zuckerberg So Much That He's Improving the Metaverse Graphics
Aug 22
Read More
Meta-Terrorism
OnlyFans Accused of Paying Bribes to Put Enemies on Terrorist Watchlist
Aug 13
Read More
Outta Luck Zuck
Gov Files Antitrust Suit to Stop Facebook From Buying VR Company
Jul 28
Read More
+Social+Newsletter
TopicsAbout UsContact Us
Copyright ©, Camden Media Inc All Rights Reserved. See our User Agreement, Privacy Policy and Data Use Policy. The material on this site may not be reproduced, distributed, transmitted, cached or otherwise used, except with prior written permission of Futurism. Articles may contain affiliate links which enable us to share in the revenue of any purchases made.
Fonts by Typekit and Monotype.