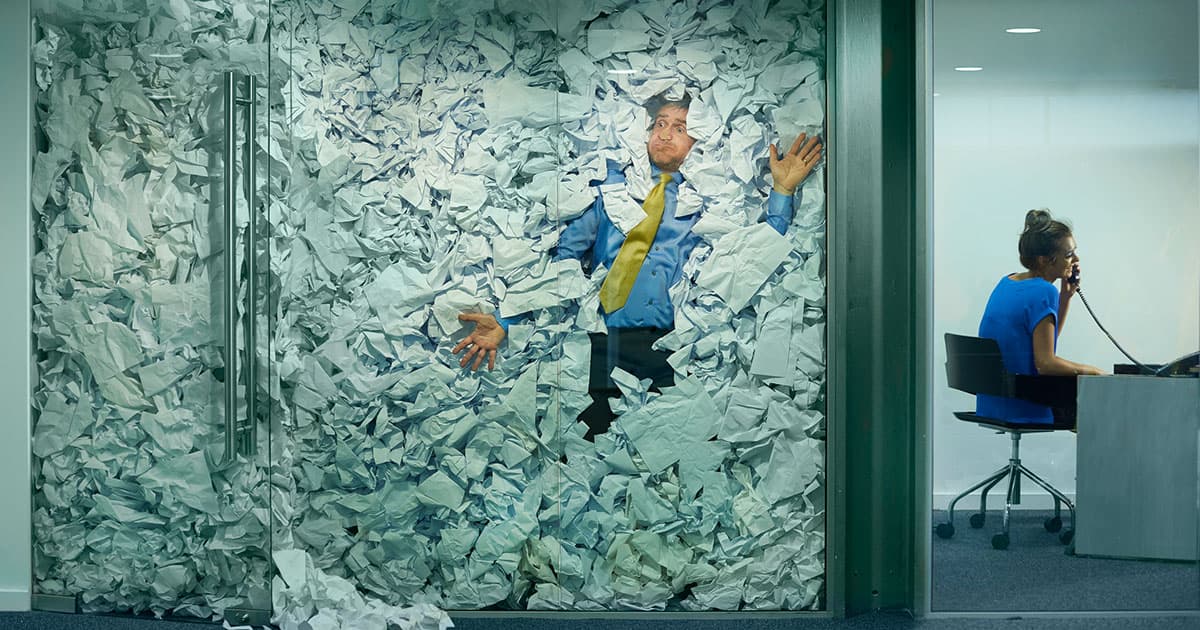 According to a leaked internal document obtained by Motherboard, Facebook is surprisingly hazy on what it does with the data it collects on its users — or what it's even doing with it.

And that's a big problem. The company, which has earned a reputation for its careless safekeeping of the wealth of data it's been hoarding for years, has to abide by a "tsunami" of new privacy rules being implemented by governments across the globe, according to the memo.

The document, which dates back to last year, was put together by Facebook's Ad and Business Product team. That team, for context, takes care of the social media network's massive ad system, which also happens to be Facebook's largest source of revenue.

But things have become quite the mess, according to the leaked memo.

"We do not have an adequate level of control and explainability over how our systems use data, and thus we can’t confidently make controlled policy changes or external commitments such as 'we will not use X data for Y purpose,'" the document reads. "And yet, this is exactly what regulators expect us to do, increasing our risk of mistakes and misrepresentation."

In short, engineers have no idea where the data goes, which is a problem if they want to make sure they follow the rules set out by regulators.

For instance, Europe's Data Protection Regulation (GDPR), one of the most comprehensive attempts by governments to limit Big Tech's control over the data it collects on its citizens, stipulates data must be only collected and used for a "specified, explicit and legitimate purposes" and cannot be repurposed.

But that's something Facebook has been doing for years, for instance using phone numbers it collects for contact information to enable two-factor authentication for security purposes as well.

Predictably, the company denied any wrongdoing.

"Considering this document does not describe our extensive processes and controls to comply with privacy regulations, it's simply inaccurate to conclude that it demonstrates non-compliance," a spokesperson told Motherboard.

Yet it did seem to strike a nerve. A former Facebook employee told the publication that "where [the data] goes part is, broadly speaking, a complete shitshow."

READ MORE: Facebook Doesn’t Know What It Does With Your Data, Or Where It Goes: Leaked Document [Motherboard]

Read This Next
Make Mark Happy
Facebook Employees Seem Completely Confused by the Metaverse
Midlife Crisis
Rumors Swirl That Mark Zuckerberg Is Fighting at a UFC Show
Mark's Bad Year
Layoffs Hitting Facebook as Zuckerberg's Vision Stumbles
Saving Face
People Bullied Mark Zuckerberg So Much That He's Improving the Metaverse Graphics
Meta-Terrorism
OnlyFans Accused of Paying Bribes to Put Enemies on Terrorist Watchlist
More on Future Society
Gas Giant
5:25 PM on the byte
Journalist Eats Lab-Grown Chicken, Gets "Weirdly Gassy"
Musk Rats
Yesterday on the byte
Twitter Is Quietly Re-Suspending the Lunatics Elon Musk Let Back On
Going Wireless
Wednesday on futurism
Hackers Took Over a Subdomain of Wired.com for Several Months and Replaced It With Sleazy Online Casino Content
READ MORE STORIES ABOUT / Future Society
Keep up.
Subscribe to our daily newsletter to keep in touch with the subjects shaping our future.
+Social+Newsletter
TopicsAbout UsContact Us
Copyright ©, Camden Media Inc All Rights Reserved. See our User Agreement, Privacy Policy and Data Use Policy. The material on this site may not be reproduced, distributed, transmitted, cached or otherwise used, except with prior written permission of Futurism. Articles may contain affiliate links which enable us to share in the revenue of any purchases made.
Fonts by Typekit and Monotype.