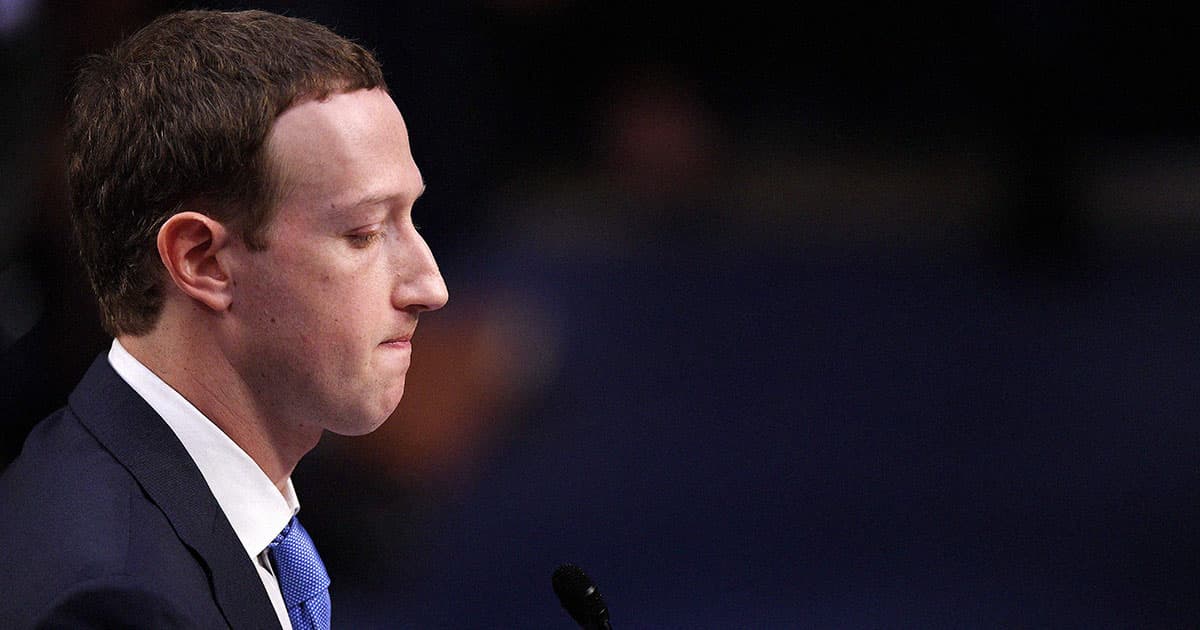 He's lost a staggering amount of money so far this year.

He's lost a staggering amount of money so far this year.

It's no secret that Meta-formerly-Facebook CEO Mark Zuckerberg's metaverse pivot isn't exactly paying off yet.

The billionaire's fortune has dropped by a whopping $71 billion —  leaving him with a piddling $55.9 billion left over — this year, Bloomberg reports, rendering him only the 20th richest person in the world.

Sure, that's still plenty of pocket money. But it's the lowest spot he's occupied in eight years, in a sign of how far he's fallen. Just two years ago, he was the third person in the world, with almost twice the net worth, according to the report.

It's worth noting that 2022 has proven disastrous for global markets and other tech titans as well, but even Microsoft co-founder Bill Gates and Amazon founder Jeff Bezos have lost far less than that. The takeaway? In the self-inflicted era of the metaverse, Zuckerberg is in big, big trouble.

Facebook's highest valuation in recent memory, September 2021, happens to coincide with the month before Zuckerberg announced the company's name change and pivot to the metaverse.

Ever since, Zuckerberg has doubled down on the concept, which has so far materialized only as a desolate and much-lampooned  virtual playground that requires the company's own clunky virtual reality hardware to visit.

In other words, it's no wonder investors have responded negatively to Zuckerberg's zillion dollar bet. Some experts are even now saying that Zuckerberg is taking Meta down with him.

"I think Facebook is not going to do well as long as he's there," senior Harvard Business School fellow Bill George told CNBC last week. "He's likely one of the reasons so many people are turning away from the company. He's really lost his way."

The result is that the company's finances are in tatters. Bloomberg called the company's recent earnings reports "dismal," with TikTok stealing users from Meta's Instagram left and right.

Zuckerberg has practically shackled himself to the fate of Meta. The vast majority of his net worth is tied up in the company's stock — and he infamously holds hundreds of millions of shares, giving him immense power over the company that he founded.

It remains to be seen whether Zuckerberg will be able to prove investors wrong and turn his vision for the metaverse into a meaningful new direction for Meta. His next shot? Next month's release of the company's new VR headset.