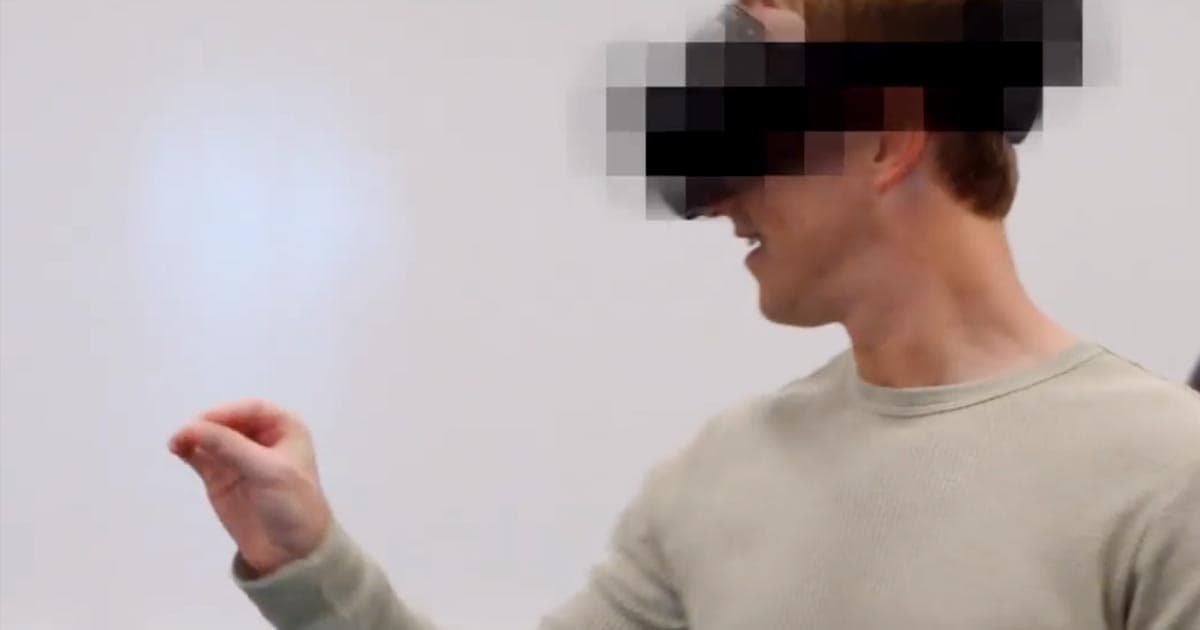 What are they trying to hide?

What are they trying to hide?

But for some reason, the device's physical design is still under wraps — as evidenced by the fact that the company chose to completely pixelate out the device in a short demo video shared by Zuckerberg yesterday.

Which has us wondering: what is Meta hiding with its design? Is there a giant dong attached to the front of the device? Or is the company just trying to keep its competitors from coming up with knock offs? Or is it just an attempt to build hype around yet another underwhelming head-mounted gadget?

Regardless, we're willing to bet that Project Cambria will end up looking a whole lot like the rest of the Quest VR headset line up — that is, a clunky wearable that just isn't quite ready for mainstream adoption.

Your Reality is Showing

Project Cambria is built on Meta's Presence Platform, which allows the real world — or at least a "full color passthrough version" — to shine through, letting users to see their real hands interacting with the virtual world around them.

Alongside Zuckerberg's weird demo, Meta showed off the platform in a two minute video, promising customers both "productivity and fun," just the kind of magical phrase that will have these headsets flying off the shelves.

Given the janky in-action footage — cartoonized objects are practically bouncing all over the place — the experience still leaves plenty to be desired.

During his demo, though, Zuckerberg promised that "this is just the beginning of mixed reality," a characteristically pompous statement — especially coming immediately after it leaked that the company's hardware division is being forced to make cuts.

The bottom line is that whether developers will be willing to invest their time to build a coherent enough ecosystem so people can actually "go fishing under their living room table," as Meta's video suggests, remains to be seen.

More on VR: Facebook Reportedly Already Running Out of Money for Metaverse