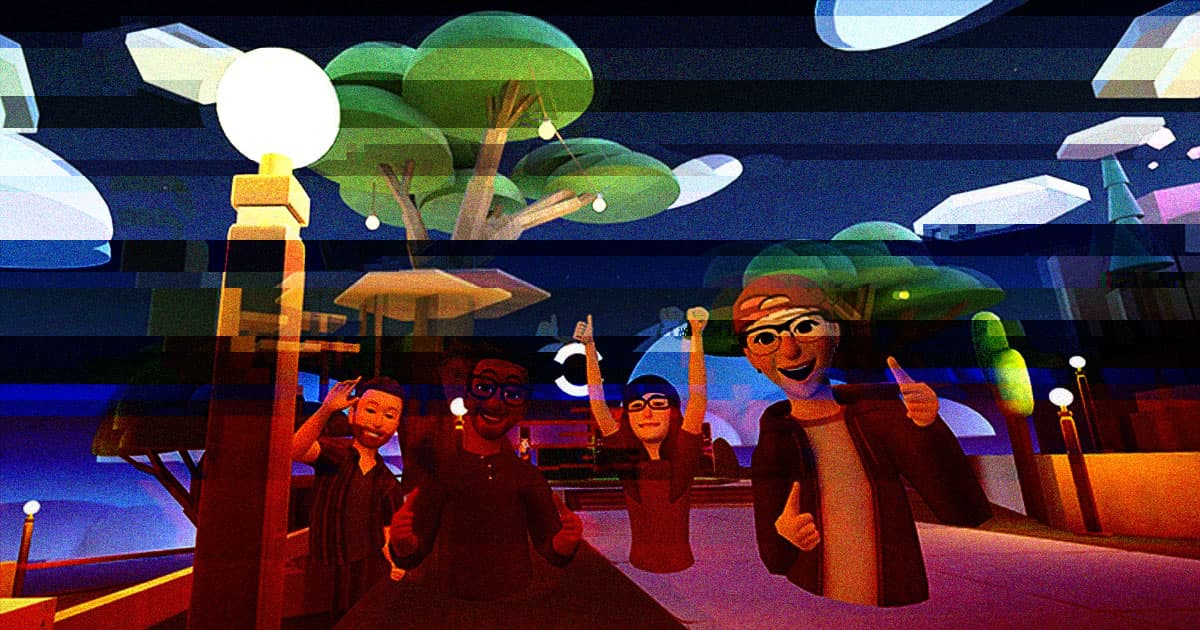 Facebook Leak: Metaverse So Glitchy Not Even Employees Use It

"Why don’t we love the product we’ve built so much that we use it all the time?"

"Why don’t we love the product we’ve built so much that we use it all the time?"

Facebook parent company Meta, at the behest of CEO Mark Zuckerberg, has poured billions of dollars into its Horizon Worlds, the Quest headset app that, for now, forms the backbone of the company's metaverse efforts.

But for all that green, it’s become more of a laughingstock than a flagship virtual world.

And now, according to leaked memos obtained by The Verge, it sounds like Zuck’s metaverse is so glitchy that even the employees building it barely use it. The situation has become dire enough for Metaverse VP Vishal Shah to enforce a "quality lockdown" for the remainder of the year to "ensure that we fix our quality gaps and performance issues before we open up Horizon to more users," according to his September 15 memo.

Another memo issued by Shah that month further illustrates the state of the game — and the workplace.

He wrote that "currently feedback from our creators, users, playtesters, and many of us on the team is that the aggregate weight of papercuts, stability issues, and bugs is making it too hard for our community to experience the magic of Horizon."

"Simply put, for an experience to become delightful and retentive, it must first be usable and well crafted," he added.

That seems like a superfluous way of saying "it runs like shit." Not the glowing praise you’d want to hear about a product that’s meant to be at the forefront of a tech giant's vision for the future.

Meta can have all the money behind the project it wants, but that barely matters if the developers aren’t behind it as well. And that may be indicative of a fundamentally flawed vision, management, or product.

"For many of us, we don’t spend that much time in Horizon and our dogfooding dashboards show this pretty clearly," Shah wrote in the September 15 memo.

"Why is that? Why don’t we love the product we’ve built so much that we use it all the time? The simple truth is, if we don’t love it, how can we expect our users to love it?"

By the end of the month, Shah had enough.

"Everyone in this organization should make it their mission to fall in love with Horizon Worlds," the VP wrote on September 30.

You have to LOVE this guys. The metaverse is made from love. Don’t you love it too?