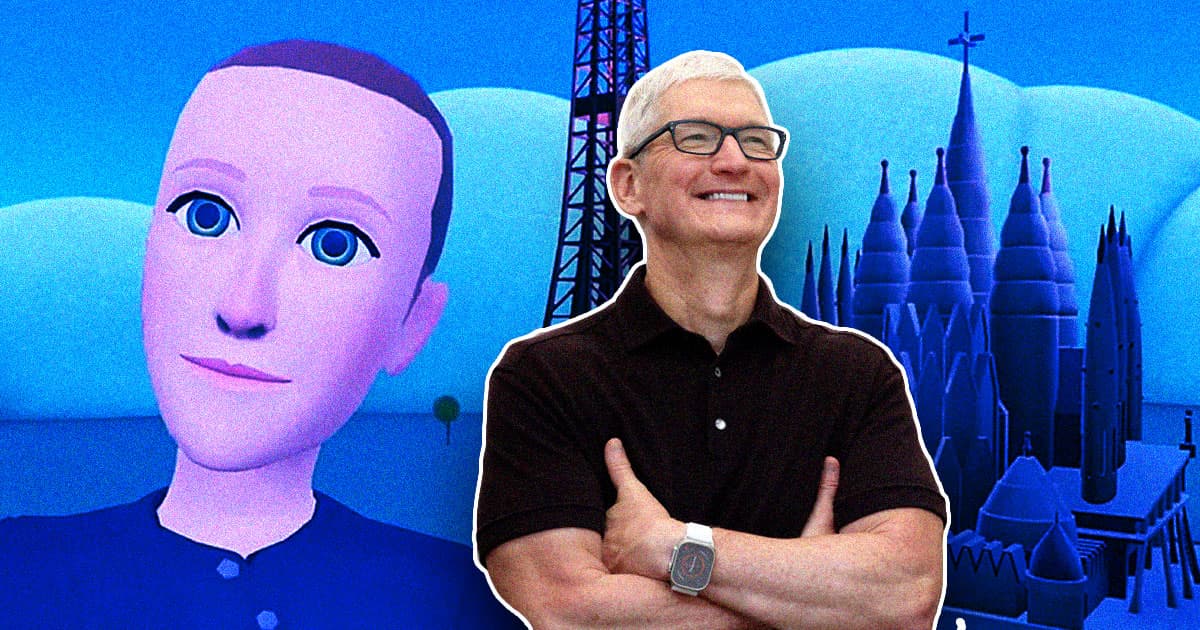 "I’m really not sure the average person can tell you what the metaverse is."

"I’m really not sure the average person can tell you what the metaverse is."

Pretty much the nicest thing you can say about how things are going in the creation of Mark Zuckerberg’s Metaverse, is, well, "they’re going."

The formerly-Facebook-now-Meta CEO has been hellbent on pushing his ersatz world, so far to little avail and plenty of ridicule.

Basically, Zuckerberg and his vanity project have been taking hits left and right online, getting relentlessly roasted and memed while failing to produce a convincing product. And lately, the metaverse has been catching strays from big names in the space, this time from Apple CEO Tim Cook.

"I always think it’s important that people understand what something is," Cook told the Dutch publication Bright last week, via Google Translate. "And I’m really not sure the average person can tell you what the metaverse is."

Cook doesn’t explicitly namedrop Zuckerberg, but it’s clear whose product this is about. For better or for worse — though probably the latter — Meta is now inseparable from our current VR hellscape.

"It’s something you can really immerse yourself in," Cook continued. "And that can be put to good use. But I don’t think you want to live your whole life like that. VR is for set periods of time, but not a way to communicate well. So I’m not against it, but that’s how I see it."

In all likelihood, Zuckerberg painted the target on his own back when reporting by The Verge revealed that the CEO told his employees that they were in a "very deep, philosophical competition" with Apple to build the metaverse.

Embarrassingly, though, Zuck’s most noteworthy accomplishment since the Metaverse push began is probably his own net worth plummeting by an eye-watering $71 billion.

Glancing at the Zuckerverse, it makes you wonder if Mark’s ever played a video game that’s come out in the last fifteen years. It would be the only rational explanation as to why he’d sink ten billion dollars into what looks like VRChat for Nintendo Miis, let alone thinking it’d be the next big thing.