Mom Horrified by What Her Kids Are Seeing in Roblox

This is seriously messed up. 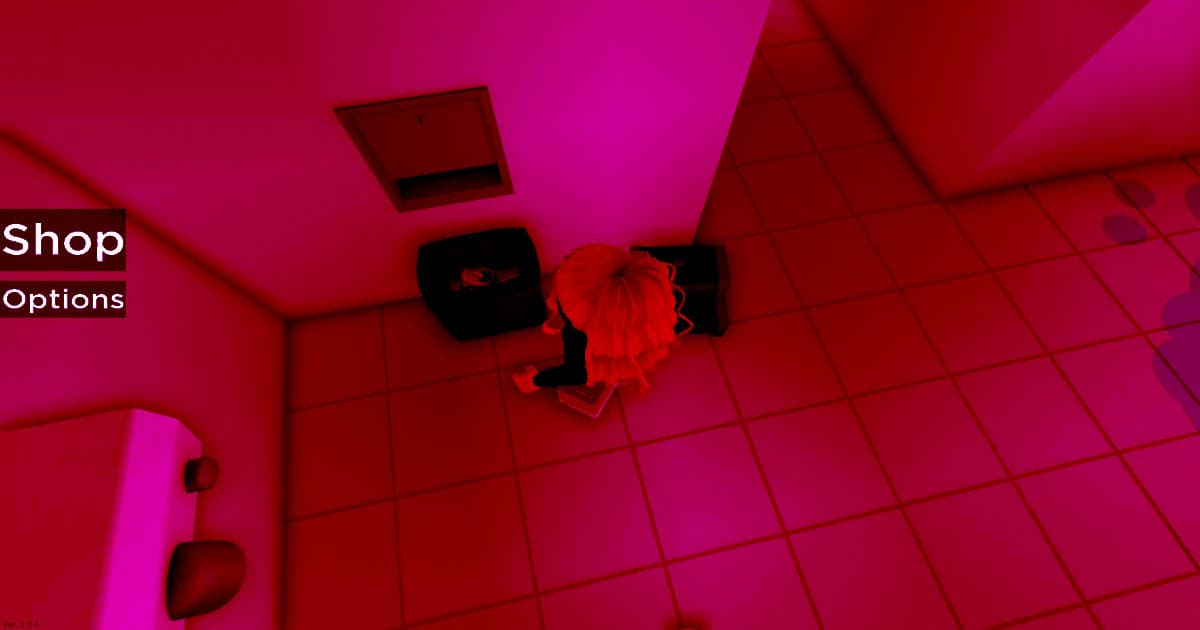 Roblox has established itself as one of the biggest gaming outfits in the world — nevermind arguably the most successful metaverse out there — with well over 200 million estimated monthly users. In particular, it's become the de facto place to hang out online for a staggering number of children.

But as the media personality and mother who goes by Carolyn Velociraptor discovered during a recent investigation, the popular app is allowing young children to enter some seriously questionable environments that should have parents concerned.

"I just spent six hours playing the games meant for five-year-olds and it was freaking awful," she wrote in an alarming Twitter thread, which has since gone viral. "Something is very wrong with Roblox Corp."

The massive online platform allows children of practically any age to play games that it lists as being suitable for "All Ages." The list of games under this age restriction used to be manually curated by the company, but Velociraptor suspects that situation "changed in the last few months," with Roblox seemingly opening the flood gates.

It's unclear, however, if Roblox did make concrete changes to its age restriction policies. Futurism has reached out for comment.

Some of the newly listed games listed as suitable for "All Ages," she said, include bizarre roleplaying games that involves a public bathroom simulator.

"Clearly there have already been issues with these games, because most of these games have a pop-up at the beginning warning people not to violate the Roblox [terms of service]," Velociraptor wrote.

Worst of all, the Roblox users' avatars become partially undressed while doing their business inside a virtual bathroom stall, while other players watch.

A mere minute into playing the game, Velociraptor found that her avatar got stuck in a reclined position outside of the stall, resulting in an unsettling scene with other Roblox players repeatedly maneuvering as to suggesting a nonconsensual sexual act.

While Velociraptor said she expected "NSFW stuff" to occur when playing "any game with multiplayer," she was shocked that "these games are MANUALLY chosen by Roblox to earn the 'All Ages' tag."

Futurism was able to easily confirm the existence of some of the games mentioned by Velociraptor , in addition to other equally horrifying games listed under "All Ages," including one called "Murder in the Public Bathroom Simulator."

"You can also literally cook/eat someone’s feet in one game," Velociraptor noted in a follow-up tweet. "I didn’t even get into all the other crazy stuff I found."

The bizarre experience raises plenty of questions around who is responsible for allowing children of any age to play these kinds of games. Is it Roblox — or should parents carefully monitor their children's online activities?

"A multiplayer platform of user-generated content marketed to young kids is a nightmare," Velociraptor noted. "There is literally no way to make it safe."

"We know there is an extremely small subset of users who deliberately try to break the rules," a spokesperson told the broadcaster at the time.

In short, it's a massive game of cat and mouse, except that the victims are impressionable children, not adults, who may know better.

"Using a combination of human and machine detection, we conduct a safety review of every piece of content that is published on the Roblox platform, including all images, video, and audio files," the company promised in a blog post responding to the BBC's shocking report, noting that it employs "thousands of people" to monitor for safety "around the world 24/7."

A Roblox spokesperson also provided a statement about Velociraptor's thread after this story was published.

"We have a safety-first culture at Roblox and work tirelessly to maintain a platform that is safe, civil and welcoming for all. This includes both experiences — sometimes referred to as games — on Roblox and any behavior — like chats, gestures, etc — of our users," the statement read. "We remove users who violate our Community Standards as we did in the case of the users who behaved inappropriately as shown in the Twitter thread."

In a followup statement, the spokesperson addressed why the disturbing games had been marked as "All Ages."

"The experiences are marked as 'All Ages' because the content is generally suitable for all ages and may contain infrequent mild violence and/or light unrealistic blood," they said. "Currently, Experience Guidelines rate violence and blood in experiences."

But as Velociraptor experience demonstrates, a lot of questionable activity unsuitable for young children appears to be falling through the cracks.

"As with any community, there are a small number of bad actors who may attempt to undermine or skirt the rules, and we continue to evolve our platform and policies to thwart this behavior," the company admitted in its blog.

For her part, Carolyn has opted to call it quits.

"Alright, I’m done," she wrote. "I deleted my kids’ Roblox accounts, and recommend you guys do, too."

Read This Next
Scammers Scam On
The Fyre Fest Guy Is Off House Arrest and of Course His New Scheme Involves the Metaverse and Crypto
Confrontation is Hard
Former Facebook Exec Says Zuckerberg Has Surrounded Himself With Sycophants
Zesus
Interesting Theory: Mark Zuckerberg Is Trying to Become God and Build Heaven
Make Mark Happy
Facebook Employees Seem Completely Confused by the Metaverse
Sword Art Online
Guy Who Invented the Word "Metaverse" Building His Own Metaverse
More on Future Society
Rough
9:09 PM on futurism
Elon Musk's Twitter Is Reportedly Failing Miserably to Contain Horrific Child Abuse Content
YouTube Propaganda
4:34 PM on the byte
Experts Say There's Something Very Weird About North Korean YouTubers
Bird Crap
Feb 4 on the byte
It Looks Like Elon Musk Is Actually Building a Twitter Payment Platform
READ MORE STORIES ABOUT / Future Society
Keep up.
Subscribe to our daily newsletter to keep in touch with the subjects shaping our future.
+Social+Newsletter
TopicsAbout UsContact Us
Copyright ©, Camden Media Inc All Rights Reserved. See our User Agreement, Privacy Policy and Data Use Policy. The material on this site may not be reproduced, distributed, transmitted, cached or otherwise used, except with prior written permission of Futurism. Articles may contain affiliate links which enable us to share in the revenue of any purchases made.
Fonts by Typekit and Monotype.