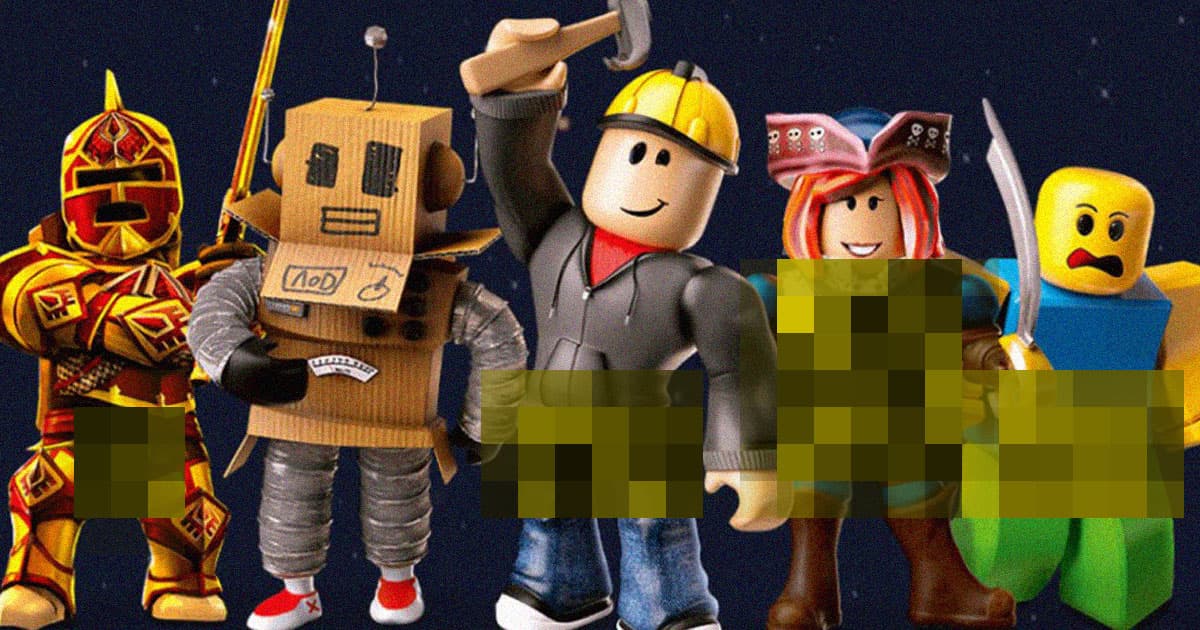 Scantily clad avatars inside the game are giving other users lap dances, the BBC reports, while others are hanging out nude. One avatar was even spotted wearing a Nazi uniform.

According to the shocking report, gamers are meeting in virtual "condos" to talk sex and even have sex, or at least an approximation with their blocky Roblox bodies. And that's a big problem as the majority of the game's users are children, with even kids under the age of 13 technically allowed to play.

These "condo games" only last for less than an hour before they get taken down by both moderators and automated systems, according to the BBC.

"We conduct a safety review of every single image, video, and audio file uploaded to Roblox, using a combination of human and machine detection," the game's developer, also called Roblox, told the broadcaster in a statement.

The company has also developed "Parental Control" tools that will put restrictions in place, limiting what children can access and interact with in the game. Days after the BBC reached out to the company, Roblox published a blog post outlining what it does to support and protect the community.

"As our diverse community has grown, so have the platform functionality and resources we have created to both protect and empower our community," the post reads. "We have built rigorous new systems and improved existing ones. We’ve created a rich suite of free tools for anyone who wants to build on Roblox."

The company also reiterated that it reports "any suspected child exploitation, abuse materials, or online grooming to relevant authorities and organizations such as the National Crime Agency, as well as the National Center for Missing & Exploited Children (NCMEC) in the United States."

And yet many "condo" games fall through the cracks, according to the BBC's report.

To experts, none of that is surprising.

"You have the anonymity and you have the disinhibition effect," digital psychologist Liraz Margalit told the BBC. "This platform provides you with the playground to do anything you want."

Read This Next
Will Somebody Think of the Children?
Mom Horrified by What Her Kids Are Seeing in Roblox
Scammers Scam On
The Fyre Fest Guy Is Off House Arrest and of Course His New Scheme Involves the Metaverse and Crypto
Virtual Signing
Sign Language in Virtual Reality Actually Looks Kinda Awesome
Sword Art Online
Guy Who Invented the Word "Metaverse" Building His Own Metaverse
Virtual Murder
UAE Official Says Murder Should Be Illegal in the Metaverse
More on Future Society
I Silence Thee
2:15 PM on futurism
Leaked Messages Seem to Show Elon Musk Using Twitter to Punish His Enemies
Gas Giant
Yesterday on the byte
Journalist Eats Lab-Grown Chicken, Gets "Weirdly Gassy"
Musk Rats
Thursday on the byte
Twitter Is Quietly Re-Suspending the Lunatics Elon Musk Let Back On
READ MORE STORIES ABOUT / Future Society
Keep up.
Subscribe to our daily newsletter to keep in touch with the subjects shaping our future.
+Social+Newsletter
TopicsAbout UsContact Us
Copyright ©, Camden Media Inc All Rights Reserved. See our User Agreement, Privacy Policy and Data Use Policy. The material on this site may not be reproduced, distributed, transmitted, cached or otherwise used, except with prior written permission of Futurism. Articles may contain affiliate links which enable us to share in the revenue of any purchases made.
Fonts by Typekit and Monotype.