"PYRT is a technology I've been working on for the past few years called the VID/R: the virtual immersive decentralized reality." 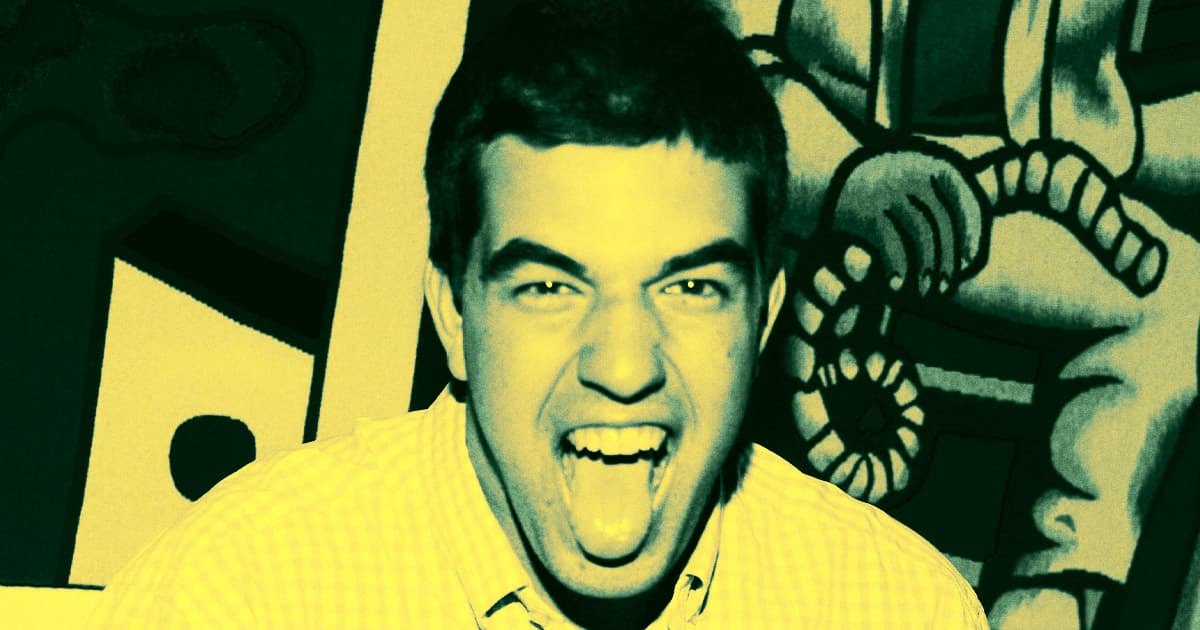 Billy McFarland, the colorful personality behind the dumpster fire that was 2017's Fyre Fest, is officially off house arrest. And boy does he have a new opportunity for the most gullible people out there!

McFarland wants you to meet him for something that's apparently not a festival (despite it featuring a "handful of artists, content creators," and "entrepreneurs") and not an event (despite it being a thing that you can allegedly somehow go to) in a digital landscape that's definitely not the metaverse — despite it being "virtual," "immersive," and "decentralized."

Whatever it is, it's called PYRT — spelled similarly to "fyre" but pronounced like "pirate," because chaos. A "treasure hunt" is somehow involved in the marketing, but that also makes zero sense, other than being on pirate theme.

"PYRT is not a festival. It's not an event. And it's definitely not the metaverse," McFarland explained — if you could call it explaining — in a recent TikTok. "PYRT is a technology I've been working on for the past few years called the VID/R: the virtual immersive decentralized reality."

If you have a headache, we do too. McFarland, who was convicted of defrauding over $26 million from investors back in 2018, has been teasing this new project on social media for a few months now. And now this so-called reveal offers a lot more questions than answers.

While he says that PYRT is none of the things — festival, event, metaverse — that it absolutely sounds like, he doesn't actually offer any real evidence of why it's different. After all, if Meta CEO Mark Zuckerberg had a dollar for every time he used the words "immersive," "digital" and "reality," he'd probably be able to afford one of his company's ludicrously expensive headsets. Sure, McFarland's digital world might not be marketed as the future of work, but it still sounds like a metaverse project to us. (It's unclear how blockchain or decentralization plays at all into the scheme, but it probably tracks that he's drawn to an industry notorious for its hype and grift.)

To make things even sketchier, McFarland doesn't offer any proof-of-concept on the tech side. He's just filming himself at home, in front of a physical whiteboard. At least Zucko goes to the effort of rendering fake avatar legs, even if they don't actually exist yet. McFarland also takes a moment to point to a "virtual map" of one of his "favorite islands in the Exumas," where he's apparently hoping the event will take place. That virtual map, however, as a number of TikTok commenters pointed out, is just a piece of printed paper taped to the wall.

On that note, his ambition to make it back to the Bahamas represents another major roadblock: the Bahamas don't want him. Fyre Fest was a disaster — for McFarland, for hopeful partygoers, and for the islands themselves, where the doomed event took place. And as for island officials, they haven't exactly minced words.

"The public is advised that no application has been made to the Government of The Bahamas for consideration of any event promoted by Billy McFarland or any entity or parties known to be associated with him," Bahamian officials said in a letter published earlier this month, after the Bucknell University dropout started posting cryptic teaser videos mentioning the Carribean islands. "McFarland was the organizer of the Fyre Festival several years ago, a notorious charade for which McFarland was convicted and sent to prison in the USA. The Government of The Bahamas will not endorse or approve any event in The Bahamas associated with him."

Though McFarland has hinted that his project will hopefully help him "[make] things up to everybody" — "everybody" presumably being those he defrauded — it's unclear how that might actually be accomplished here, other than the fact that $50 from every $249.99 PYRT x Crew Jacket, which are currently available on the PYRT website, will go "directly to recovery" — $25 to defrauded partygoers, $25 to affected Bahamians.

Sounds like he's got a lot of sweatshirts to sell.

More on Nu Fyre Fest: Developers Are Transforming the Fyre Fest Island into an Exclusive Colony for Crypto Millionaires, Because of Course They Are

Read This Next
Will Somebody Think of the Children?
Mom Horrified by What Her Kids Are Seeing in Roblox
Confrontation is Hard
Former Facebook Exec Says Zuckerberg Has Surrounded Himself With Sycophants
Virtual Signing
Sign Language in Virtual Reality Actually Looks Kinda Awesome
Zesus
Interesting Theory: Mark Zuckerberg Is Trying to Become God and Build Heaven
Make Mark Happy
Facebook Employees Seem Completely Confused by the Metaverse
More on Future Society
Down in Flames
Yesterday on the byte
Elon Musk Apparently Thinks Twitter Is a "Flaming Dumpster Rolling Down the Street"
All Tomorrow's Pa...
Yesterday on the byte
Party Startup Says It Has Zero Plans to Make Any Money With Investors' Funds
Primate Theft
Tuesday on the byte
It Was a Very Bad Weekend for Monkeys Being Stolen From Zoos, Apparently
READ MORE STORIES ABOUT / Future Society
Keep up.
Subscribe to our daily newsletter to keep in touch with the subjects shaping our future.
+Social+Newsletter
TopicsAbout UsContact Us
Copyright ©, Camden Media Inc All Rights Reserved. See our User Agreement, Privacy Policy and Data Use Policy. The material on this site may not be reproduced, distributed, transmitted, cached or otherwise used, except with prior written permission of Futurism. Articles may contain affiliate links which enable us to share in the revenue of any purchases made.
Fonts by Typekit and Monotype.