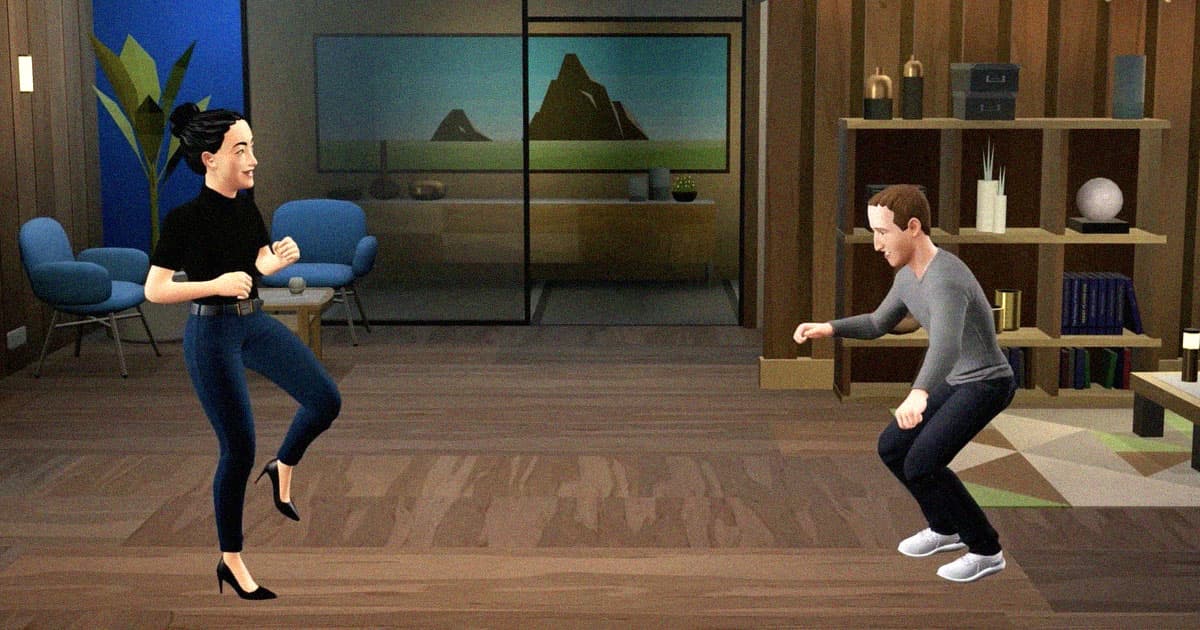 Give It Up Zuck

As if the keynote wasn't underwhelming enough.

As if the keynote wasn't underwhelming enough.

Facebook-turned-Meta CEO Mark Zuckerberg took to the stage during a conference earlier this week to show off the company's progress in fleshing out its metaverse.

Despite having spent $15 billion building out its virtual reality playground so far, the company's vision has been widely criticized, including by insiders.

One of the more exciting new features Zuckerberg demoed at the event was that the company's hideous Horizon VR avatars will be getting legs.

But even that may have been too good to be true, as The Verge reports. A spokesperson told the publication that Zuckerberg's awkward VR legs may have "featured animations created from motion capture" meant to "enable this preview of what’s to come."

In other words, Zuckerberg's legs may have been pre-rendered and not a direct VR translation of the movement of his real legs — despite the CEO heavily implying otherwise at the event.

Apart from announcing that Horizon's pixelated — and frankly ugly — avatars will get a facelift and a pair of legs, the company also showed off a new VR headset called the Oculus Quest Pro, which has an eyewatering price tag of $1,500.

With that kind of price, the Quest Pro is unlikely to convince very many people to spend more time inside Meta's metaverse.

But that's exactly what Meta needs to be working on most of all, as Meta advisor John Carmack, creator of the blockbuster video game "Doom," told audiences at the conference.

So where does that leave us? Zuckerberg's doubling down — but the company is bleeding money and the project's future is anything but certain.

More on the event: Top Facebook Consultant Admits That the Metaverse Is Absolutely Terrible

Scammers Scam On
The Fyre Fest Guy Is Off House Arrest and of Course His New Scheme Involves the Metaverse and Crypto
3:42 PM
Read More
Confrontation is Hard
Former Facebook Exec Says Zuckerberg Has Surrounded Himself With Sycophants
Nov 18
Read More
Virtual Signing
Sign Language in Virtual Reality Actually Looks Kinda Awesome
Nov 1
Read More
+Social+Newsletter
TopicsAbout UsContact Us
Copyright ©, Camden Media Inc All Rights Reserved. See our User Agreement, Privacy Policy and Data Use Policy. The material on this site may not be reproduced, distributed, transmitted, cached or otherwise used, except with prior written permission of Futurism. Articles may contain affiliate links which enable us to share in the revenue of any purchases made.
Fonts by Typekit and Monotype.