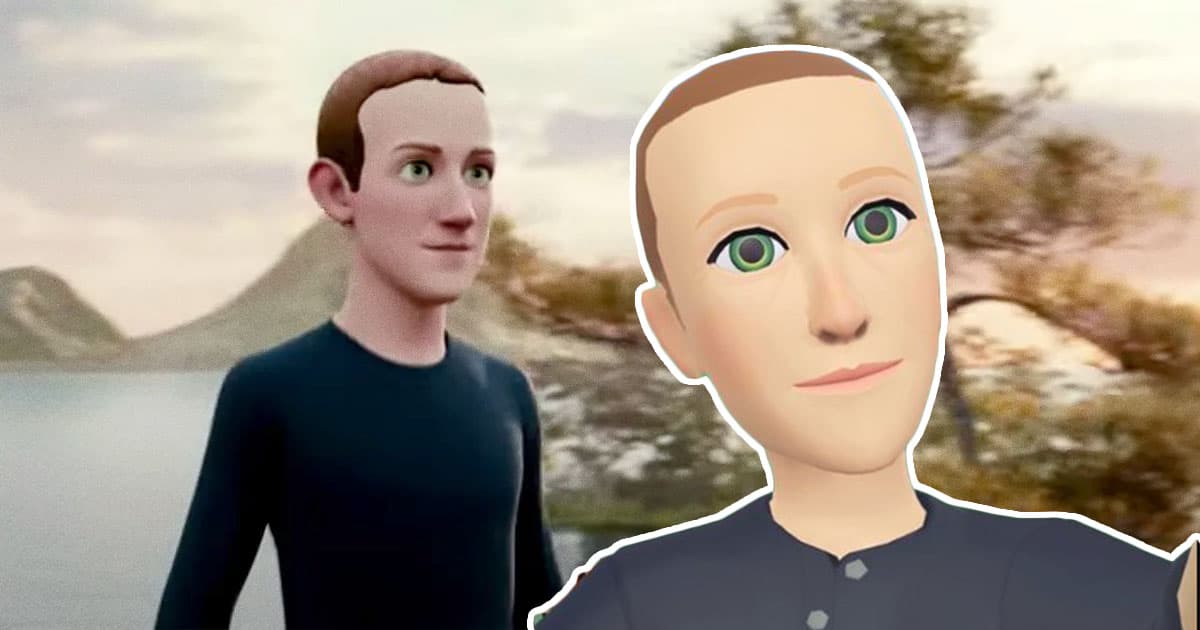 Where could Zuck possibly be going with this?

Where could Zuck possibly be going with this?

Last October, Facebook CEO Mark Zuckerberg announced sweeping changes at the company that would rename it Meta and give it a new "North Star": a headset-heavy, AR-forward metaverse which, as the founder explained in a series of videos and digital renderings, would eventually become an "even more immersive" and "fully embodied" internet.

In many of these modelings, the chief metamate appears as a stylized yet realistic Zucko avatar, moving through complex spaces with lifelike shading. Indeed, this has been part of his core sell — his vision has been centered in a capacity for realism, likely in order to appeal to the masses. Sure, you can become a beetle and go play chess in space, but you can also be yourself, and do normal things like go to work and visit family.

But fast forward almost a year and several billions of dollars later, and Zuckerberg's metaverse, as pictured in a now-viral screenshot of Meta's VR game Horizon Worlds, doesn't just look far from that original vision — it seems to lack any creative vision at all. Zuck's avatar is lifeless and vacant, and comparing the imagined metaverse to the current one, it's hard not to wonder where all these billions have gone.

i just think it's really interesting to observe the contrast between mark zuckerberg's vision of himself in the metaverse and the current reality. pic.twitter.com/54ilYJKb39

To be fair, Zuckerberg never said that his metaverse would be done by now. But you don't necessarily need the advanced VR products that he aspires toward to make something interesting. The avatars can't have legs yet? We can deal.

This world, though, is so void of life or character, or any guiding aesthetic at all, that it doesn't just feel rudimentary. It feels foreboding — especially considering that a bland, lifeless backdrop might be the perfect space for just about anyone to throw a billboard.

"I've played enough Horizon Worlds to tell you that the missing legs quickly cease to matter," wrote Zack Zweizen for Kotaku. "But the lack of style and the cold, dead aesthetic never goes away."

We'd like to imagine that if we want to just opt out, we can. But Zuckerberg, whose tentacles are already wrapped around pretty much everything digital, isn't intent on just rebuilding his own platform. He wants to reconstruct the internet. And how many of us, really, can genuinely opt out of that?