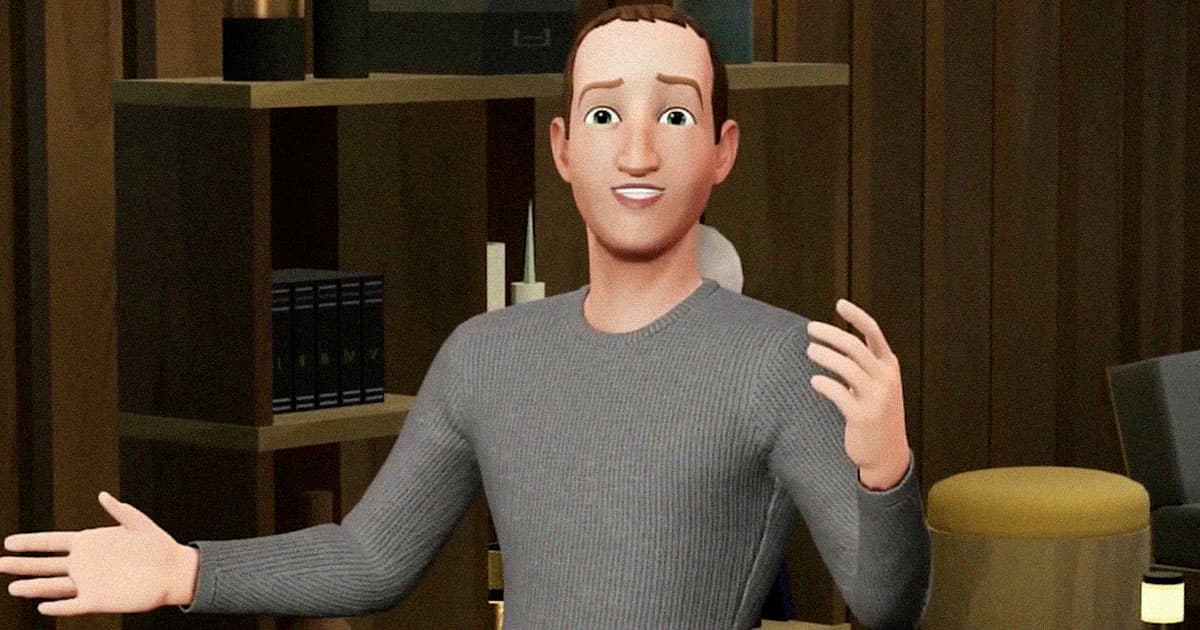 Skinny Legs and All

Meta-formerly-Facebook CEO Mark Zuckerberg has unveiled his new avatar for the company's bespoke Metaverse — and unfortunately for him, it still looks like total crap.

During the company's annual virtual reality conference, Zuckerberg unveiled his updated avatar — and let's just say it still looks like something out of a video game from decades ago.

Congratulations to Mark Zuckerberg for upgrading his Metaverse avatar from looking like a creepy PS1 era model to an Xbox360 default avatar pic.twitter.com/FDb54DkxOm

To be fair, his avatar does have legs now, which isn't exactly setting the bar very high.

The creepy, legless avatars have garnered the company plenty of mockery online, which, according to the New York Times, "frustrated" Zuckerberg so much that he had his new bipedal avatar fast-tracked.

Despite reportedly spending $10 billion over the last year to flesh out its take on the metaverse, Meta still doesn't have much to show as far as its Horizon Worlds avatars are concerned.

The newly-legged avatars still look like awkward video game characters from eons ago — and crappy ones at that, as many netizens have pointed out since the announcement.

A cold and creepy parody of a human being in the style of early Playstation games; and Mark Zuckerberg's avatar on the left. pic.twitter.com/UUHAa5PQkf

"It's really funny that each time the internet bullies Zuckerberg over his avatar he rebuilds his metaverse from the ground up just to make a new avatar only to get bullied again," one user tweeted.

Another went further, saying that it's hilarious that the company spent so much "solely on trying to make Zuckerberg’s avatar not look like he deserves a metaswirlie."

Jokes aside, this latest update to the Facebook Metaverse debacle is an all-too-salient reminder of how far a tech billionaire like Zuckerberg will go — and how much he will spend — to get what he wants, despite all of the mockery.

Scammers Scam On
The Fyre Fest Guy Is Off House Arrest and of Course His New Scheme Involves the Metaverse and Crypto
3:42 PM
Read More
Confrontation is Hard
Former Facebook Exec Says Zuckerberg Has Surrounded Himself With Sycophants
Nov 18
Read More
Zesus
Interesting Theory: Mark Zuckerberg Is Trying to Become God and Build Heaven
Oct 27
Read More
+Social+Newsletter
TopicsAbout UsContact Us
Copyright ©, Camden Media Inc All Rights Reserved. See our User Agreement, Privacy Policy and Data Use Policy. The material on this site may not be reproduced, distributed, transmitted, cached or otherwise used, except with prior written permission of Futurism. Articles may contain affiliate links which enable us to share in the revenue of any purchases made.
Fonts by Typekit and Monotype.