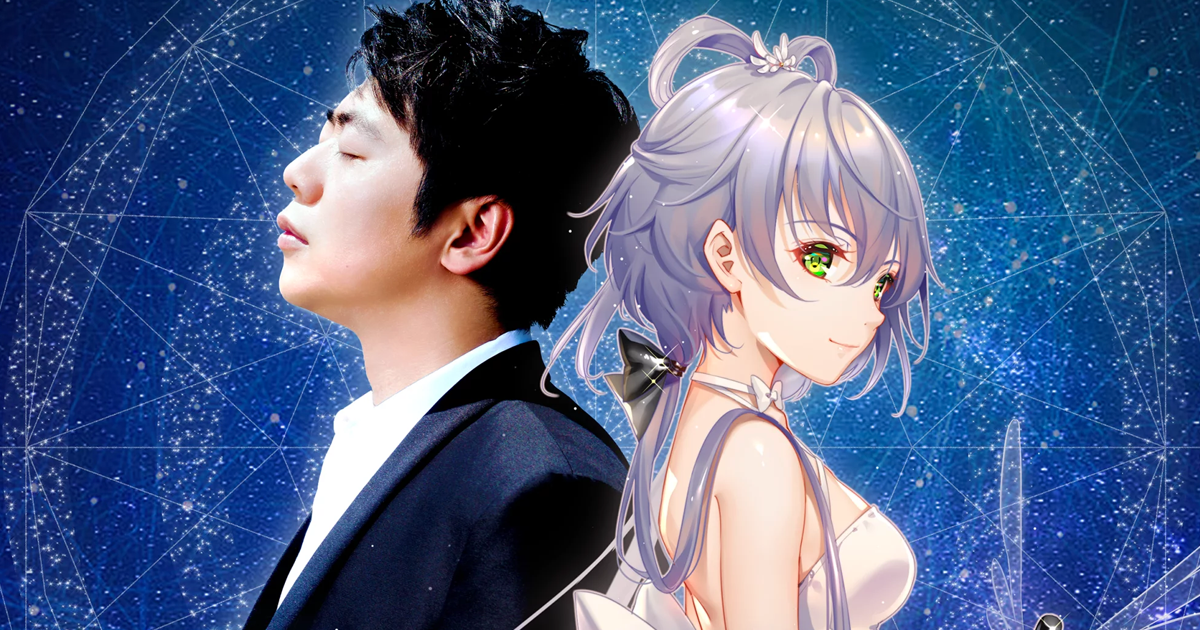 But rather than basing the holographic performance on a particular human performer's movement and voice — the way holograms of Michael Jackson and Tupac have "performed" on stage over the last decade — Tianyi's performance is the result of six months of hard work by roughly 200 production staff, as the South China Morning Post (SCMP) reports.

Because she doesn't exist as a real person, Tianyi is an intriguing vision of the future of entertainment.

Her voice and personality are created through sophisticated tech, including motion capture and 3D modelling. A backstage voice dubber and motion-capture actress even allowed Tianyi to interact with Lang Lang in real-time.

Luo isn't the only virtual idol out there. In Japan — where the trend caught on first — Yamaha Vocaloid-based idols such as Hatsune Miku have turned the trend into a billion dollar market.

"Luo Tianyi is perfect," Kit Cheung Jie, a 17-year-old senior high school student in Hong Kong told the South China Morning Post. "She is not a real person so she can be whatever you want her to be. It’s like a customized idol that only belongs to you."

READ MORE: China’s virtual idols meet their fans at the intersection of entertainment and technology [SCMP]

Read This Next
Artificial Baby
Chinese Scientists Create System to Care For Embryos in Artificial Womb
From Our Partners
Get Focused This Cyber Week With A Lifetime Of WiredVibe
From Our Partners
These 20 Headphones And Earbuds Are Still Discounted At Black Friday Prices
From Our Partners
These Totally Wireless Earbuds Are On Sale For Way Less Than Apple AirPods
From Our Partners
These Open-Ear Headphones Keep Your Ears Open While Playing Your Audio
More on Sci-Fi Visions
What is Happening
Feb 1 on the byte
Elon Musk Sets His Twitter Account to Private
From the Dept. of...
Jan 30 on futurism
The Best Humidifiers of 2023
Human v. Giraffe
Jan 24 on the byte
Chaotic Italian Fashion Line Baffles Facial Recognition Software
READ MORE STORIES ABOUT / Sci-Fi Visions
Keep up.
Subscribe to our daily newsletter to keep in touch with the subjects shaping our future.
+Social+Newsletter
TopicsAbout UsContact Us
Copyright ©, Camden Media Inc All Rights Reserved. See our User Agreement, Privacy Policy and Data Use Policy. The material on this site may not be reproduced, distributed, transmitted, cached or otherwise used, except with prior written permission of Futurism. Articles may contain affiliate links which enable us to share in the revenue of any purchases made.
Fonts by Typekit and Monotype.