"China has long engaged in the theft of biomedical research, and COVID-19 research is the field’s Holy Grail right now." 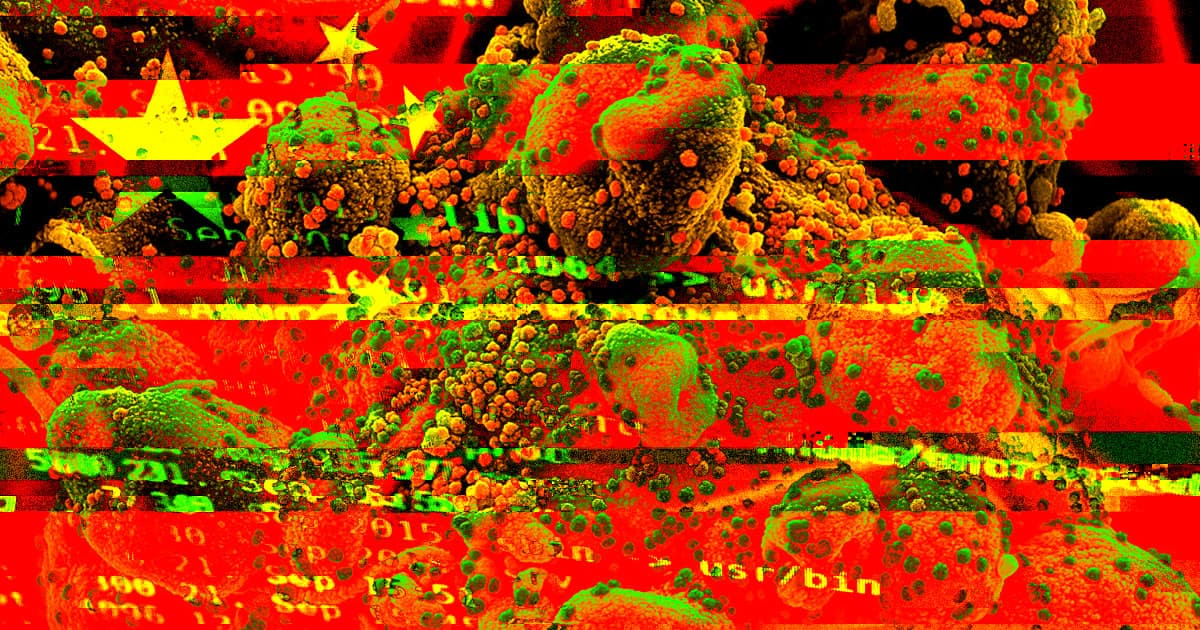 According to a new report by The Wall Street Journal, Chinese and Iranian hackers are targeting US efforts to develop a coronavirus vaccine.

"China has long engaged in the theft of biomedical research, and COVID-19 research is the field’s Holy Grail right now," assistant attorney general for national security John Demers told the WSJ. "While its commercial value is of importance, the geopolitical significance of being the first to develop a treatment or vaccine means the Chinese will try to use every tool — both cyber intrusions and insiders — to get it."

US officials told the newspaper that the two countries have been hacking a range of American businesses and institutions since as early as January — though it's important to note that intelligence agencies have yet to show any evidence of the cyberattacks.

Some officials are worried that the alleged attacks could be viewed as an act of war, since the hacks could be getting in the way of finding a cure to the ongoing pandemic.

A vaccine is of paramount importance in our efforts to fight the coronavirus, since it could stop its spread and allow societies around the world to go back to normal — but experts are warning a vaccine is still at least 12 to 18 months out.

An announcement published by the Federal Bureau of Investigation (FBI) and Cybersecurity and Infrastructure Security Agency (CISA) today notes that the agency is "investigating the targeting and compromise of U.S. organizations conducting COVID-19-related research by [China]-affiliated cyber actors and non-traditional collectors."

According to the FBI, these actors have been "attempting to identify and illicitly obtain valuable intellectual property and public health data related to vaccines, treatments, and testing from networks and personnel affiliated with COVID-19-related research."

According to White House intelligence, Iran or state-affiliated actors have also been targeting some US facilities, the WSJ reports.

Officials have yet to publicly release any evidence of such hacks or if they have hampered any attempts to find a vaccine, and China is already pushing back against the accusations.

"It is immoral for anyone to engage in rumor-mongering without presenting any evidence," Chinese Foreign Ministry spokesman Zhao Lijian said in a briefing Monday, as quoted by WSJ.

Read This Next
Artificial Baby
Chinese Scientists Create System to Care For Embryos in Artificial Womb
From Our Partners
Breathe Easy With An Anti-Viral Face Mask In This Pre-Black Friday Sale
Human Experimentation
Inmates Treated With Ivermectin Without Their Knowledge
From Our Partners
Help Stop The Flu With These Virus-Fighting Masks
From Our Partners
Always Have Your Covid Vaccine Records Handy With This Bracelet
More on Sci-Fi Visions
What is Happening
Feb 1 on the byte
Elon Musk Sets His Twitter Account to Private
From the Dept. of...
Jan 30 on futurism
The Best Humidifiers of 2023
Human v. Giraffe
Jan 24 on the byte
Chaotic Italian Fashion Line Baffles Facial Recognition Software
READ MORE STORIES ABOUT / Sci-Fi Visions
Keep up.
Subscribe to our daily newsletter to keep in touch with the subjects shaping our future.
+Social+Newsletter
TopicsAbout UsContact Us
Copyright ©, Camden Media Inc All Rights Reserved. See our User Agreement, Privacy Policy and Data Use Policy. The material on this site may not be reproduced, distributed, transmitted, cached or otherwise used, except with prior written permission of Futurism. Articles may contain affiliate links which enable us to share in the revenue of any purchases made.
Fonts by Typekit and Monotype.