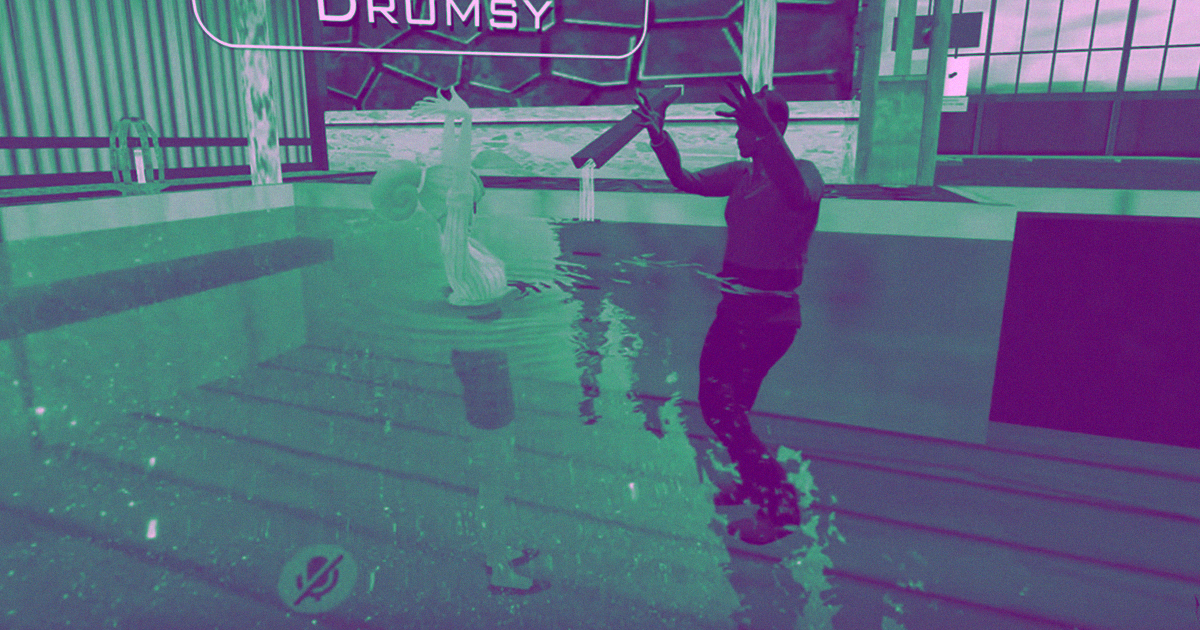 Virtual reality is putting a high-tech twist on a millennia-old tradition.

Virtual reality is putting a high-tech twist on a millennia-old tradition.

A YouTuber going by the name Drumsy just got baptized — without even leaving the house.

Also known as christening, baptism typically involves submerging an individual in water as part of their transition into the Christian religion. On Sunday, Drumsy posted a new video in which Pastor D.J. Soto of the VR Church baptized their pink-haired, anime-style avatar in virtual reality — a striking example of how technology is transforming even humanity's oldest institutions.

Drumsy's baptism in VR isn't all that different from those that take place in the real world. During it, Soto discussed the meaning behind baptism and what it represents before instructing Drumsy to lower themselves into the water, which in this case was a virtual pool.

This wasn't the first VR baptism Soto'd performed, either. In fact, he told Drumsy he'd been performing them for his virtual church for about a year, and on occasion, the virtual baptism has given Christians an experience they couldn't otherwise have.

"One of the gals that did get baptized, she has a condition where she can't even leave the home," Soto explained in the video, "so we were able to baptize her, and when she was coming out of the water, she was bawling and crying because she never thought she'd have that opportunity because she's stuck at home."

More on religion: This Robot Reads the Bible to Old People in Nursing Homes