The virtual battlefield can simulate millions of "intelligent entities." 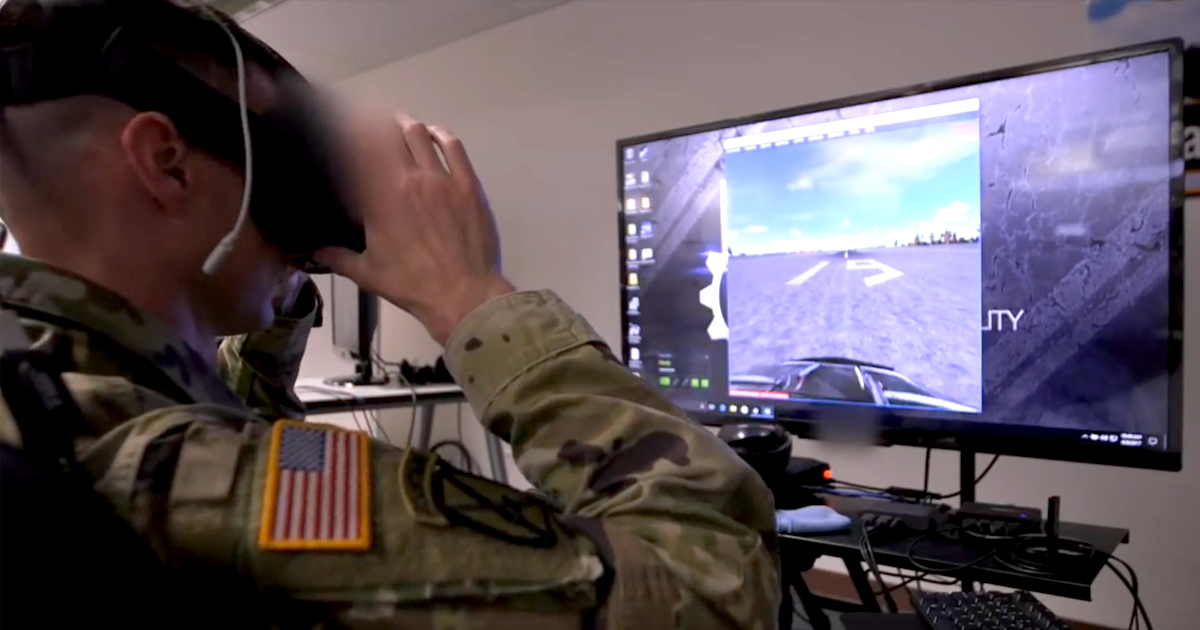 Futurism first reported on the Synthetic Training Environment (STE) back in April, when the U.S. Army published a whitepaper describing its ability to simulate real cities in the U.S. and North Korea.

Now software developers who contributed to the VR platform opened up about their work in an interview with Digital Trends, describing how virtual reality can help the U.S. train a more combat-ready and versatile military.

The goal of the VR platform is to simulate anywhere on Earth that the army might someday battle, preparing soldiers for the area's terrain before they actually ship out, explained Pete Morrison, an executive at Bohemia Interactive Simulations, a company that helped develop the STE.

"This would enable the Army to conduct virtual training and complex simulations anywhere on a virtual representation of the Earth," Morrison said in the Digital Trends interview. "STE will leverage cloud technologies to deliver training to anywhere it's needed, ensuring a common and high-fidelity whole-Earth terrain representation for a multitude of different simulation systems."

Now, the Army is ramping up the scale of its simulations to support more "intelligent entities" than there are residents in Vermont.

"What's exciting about what we're doing is that the Army will be able to dramatically scale up the number of intelligent entities represented in simulation scenarios to the millions," Morrison told Digital Trends. "Previously, only tens or hundreds of thousands of entities would be represented, and those would be aggregated to reduce the complexity of simulating large forces."

Read This Next
Oh, Good
Oculus Founder Builds VR Headset That Kills User If They Die in Game
TV for Your Face
Elon Musk Says the Metaverse Sucks and Neuralink Will Be Better
"Hoodwinked"
New Pentagon Group Accused of Trying to "Bury" UFOs Again
Breakthrough Technologies
Facebook Hardware Devs Reportedly Skeptical of Metaverse
Hmmmmmm
The Pentagon Just Released Its UFO Report
More on Robots & Machines
From the Dept. of...
12:00 AM on futurism
The Best Desks of 2023
Balloon Pop
Feb 4 on the byte
Footage Shows Chinese Balloon Being Shot Down
From the Dept. of...
Feb 2 on futurism
The Best Mini Fridges of 2023
READ MORE STORIES ABOUT / Robots & Machines
Keep up.
Subscribe to our daily newsletter to keep in touch with the subjects shaping our future.
+Social+Newsletter
TopicsAbout UsContact Us
Copyright ©, Camden Media Inc All Rights Reserved. See our User Agreement, Privacy Policy and Data Use Policy. The material on this site may not be reproduced, distributed, transmitted, cached or otherwise used, except with prior written permission of Futurism. Articles may contain affiliate links which enable us to share in the revenue of any purchases made.
Fonts by Typekit and Monotype.