Net Neutrality Is Dead. Here's What The Experts Are Saying.

We asked experts about the death of net neutrality. This is what they had to say. 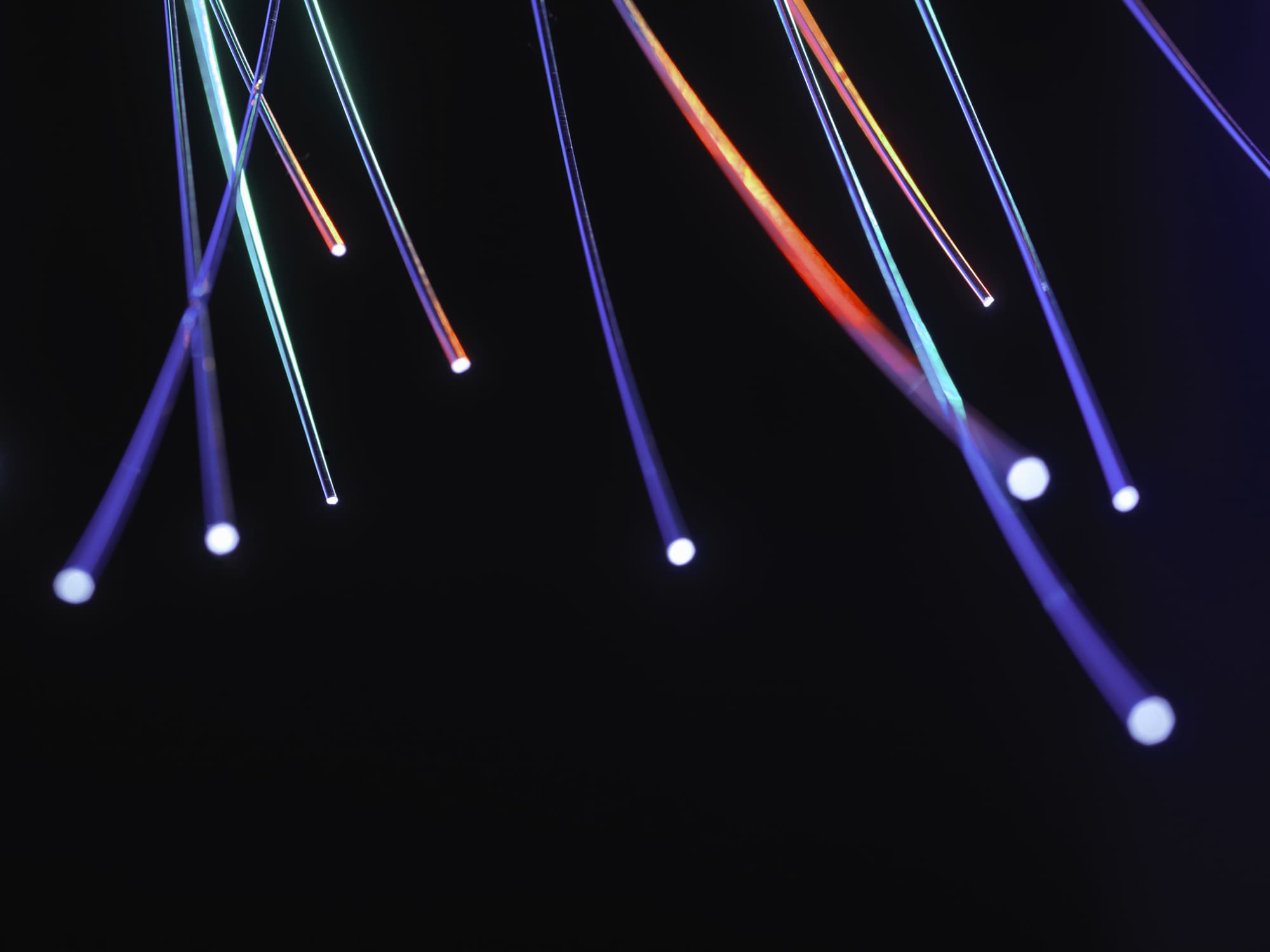 No More Equal Rights For Data

In a 3-to-2 decision on December 14, 2017,  the Federal Communications Commission voted to repeal the rules that regulate how internet service providers (ISPs) connect us to the world wide web. Termed "net neutrality," these rules ensured that companies like Verizon, AT&T, and Comcast couldn't charge more for higher quality service or block certain websites.

In short, they helped guarantee equality for all voices and prevented censorship.

With net neutrality in place, ISPs had to treat all data — no matter what the content was, who owned it, or who created it — passing through their networks the same. But with this repeal, which rolls back regulations passed under the Obama administration in 2015, high-speed internet is no longer a utility regulated by the federal government. Now, providers can prioritize the content and data from companies that pay more, shifting them to the proverbial internet "fast lane," while smaller companies that can't afford higher costs are left behind with slower streaming speeds.

Futurism asked experts in business and media, and active voices in the media, to weigh in on what the death of net neutrality means. Here's what they had to say.

What happened today was that the FCC allowed ISP to collect money for putting people in the so-called “fast lane.” Suppose I’m Microsoft. AT&T will come to me and say "if you pay us this much, we’ll put you in the fast lane." But the thing is, the “fast lane” isn’t faster than before. If companies don’t pay, providers just put them in a “slower lane.”

The effects are going to be horrible. Big companies like Microsoft, Google and Amazon will be able to pay. But smaller, innovative companies won’t. They’re the growth engine of the U.S. economy, these smaller companies, and they’re going to slow down.

In my opinion, this is blackmail that will be imposed on any business that sends content information through the internet, and the FCC has allowed this blackmail to be legal. The regulators have been taken over by the very industry they’re trying to regulate.

Venky Narayanamurti, professor of technology and public policy at the Harvard School of Engineering and Applied Sciences and Harvard Kennedy School:

The Internet service providers (like Comcast, AT&T) are often in the content business and have potential conflicts of interest.

The problem of net neutrality is an important one, but cannot be solved without congressional legislation on the rules for ISPs and their regulation. Until that is done, we will be in perpetual court battles, either with ISPs or with content providers and/or the public.

Above all, the laws need to protect the average consumer of the internet and the small innovators and startups, who should not be squelched by big brother.

Florian Schaub, professor at the University of Michigan's School of Information:

I expect that consumers will either see a decline in available services or an increase in costs, and content providers and online services will have to enter into expensive agreements with ISPs. This will not happen overnight but rather as a slow creeping process.

Consumers should watch how their ISP responds to this over the next months and years. They should watch for changes in terms of service and privacy policy, and file a complaint with the Federal Trade Commission when they consider the behavior either deceptive or unfair.

The notion that competition between ISPs will ensure open and cheap access to the internet is just wishful thinking on part of the FCC given that, in most parts of the United States, people have no choice from which ISP they get their internet connection.

While much of the discussion today is focused on what will happen in the short term now that the FCC’s rules have been repealed, I am much more worried about the long-term consequences of the Commission abandoning its long-standing commitment to an open internet, which has persisted (at least in a de facto sense) for the entire history of the commercial internet.

Battles will be fought in court, in Congress, and in the 2018 and 2020 elections that likely will forestall aggressive non-neutral practices in the short term. But if the approach adopted by the Commission today stands in the long-term, I fear tremendous harm to the economic, technological, and democratic pillars of our society that now have their foundations in free and open access to the internet.

Without federally-enforced net neutrality, internet service providers are not only empowered, but actively encouraged to exercise discriminatory oversight of the internet traffic they carry. What this means is less competition, higher prices, and less incentive to innovate or improve services. The internet we have known for the past two decades — where the low barrier to entry encourages a multiplicity of voices and a collective endeavor to push the bounds of what is possible — will now be replaced by a system that maintains the status quo and benefits giant corporations at the expense of everyone else.

Free speech and privacy will be the collateral damage, as the ISPs become able to block encryption, censor dissent, and pick and choose winners and losers. Unless Congress overturns this ruling, the effects will be to further degrade American democracy and pollute the public sphere.

Libby Hemphill, professor at the University of Michigan's School of Information:

One aspect of the ruling that hasn't been discussed much is ISP caching. Caching means that ISPs, like Comcast, can store content and deliver it from their networks instead of directly from the original content provider.

ISPs may want to do this for really popular content, for instance. What it means for consumers is that if you want to access popular content, you can get it fast. What's been popular lately? Misinformation. So, potentially, misinformation and click bait gets cached and served fast, while authoritative reporting remains uncached and slow. That's not good for consumers or for our democracy.

Harsha Madhyastha, professor of computer science and engineering at the University of Michigan:

The FCC's new order is troubling to some extent because if you allow ISPs to create fast lanes and allow paid prioritization of certain kinds of traffic, you wonder if only the big players like Google, Facebook, and Netflix will be able to deliver good performance to users, and a mom-and-pop startup from someone's garage in the Silicon Valley will be unable to compete with these big players.

But, on the flip side, it's, in fact, desirable that ISPs should not have to be completely neutral at all times, for example when they have to cope with congestion within their networks. So, I don't think the new order will be the last word on this issue. The open question is how to draw a clear boundary, in legal terms, between what forms of differentiation should be allowed and what should not be allowed. Even from a technical standpoint, it's pretty hard.

When we allow an industry to divide us into castes, it allows them to make the experience bad for everyone. First class people don’t want to meet other’ eyes. Some people become jealous of others' privileges. These social dynamics are likely to play out in internet domain as Verizon, Comcast, and AT&T benefit from them.

Read This Next
This Is Your Mother Calling
The United States Says It's Finally Cracking Down on Robocalls
Brands We Love
The Internet of Things Is the Future and This Training Can Help You Master It
Brands We Love
You Can Get a Lifetime of VPN Protection for Only $35 Right Now
Brands We Love
Learn The Coding Skills You'll Need to Land Your Next Job With These Online Classes
Normal Day
Putin Signs Bill to Create Tightly-Controlled "Russian Internet"
More on Future Society
Musk Rats
Yesterday on the byte
Twitter Is Quietly Re-Suspending the Lunatics Elon Musk Let Back On
Going Wireless
Wednesday on futurism
Hackers Took Over a Subdomain of Wired.com for Several Months and Replaced It With Sleazy Online Casino Content
Spreadsheet Guy
Tuesday on the byte
Sam Bankman-Fried Posts Excel Docs That He Says Shows Nothing Was His Fault
READ MORE STORIES ABOUT / Future Society
Keep up.
Subscribe to our daily newsletter to keep in touch with the subjects shaping our future.
+Social+Newsletter
TopicsAbout UsContact Us
Copyright ©, Camden Media Inc All Rights Reserved. See our User Agreement, Privacy Policy and Data Use Policy. The material on this site may not be reproduced, distributed, transmitted, cached or otherwise used, except with prior written permission of Futurism. Articles may contain affiliate links which enable us to share in the revenue of any purchases made.
Fonts by Typekit and Monotype.